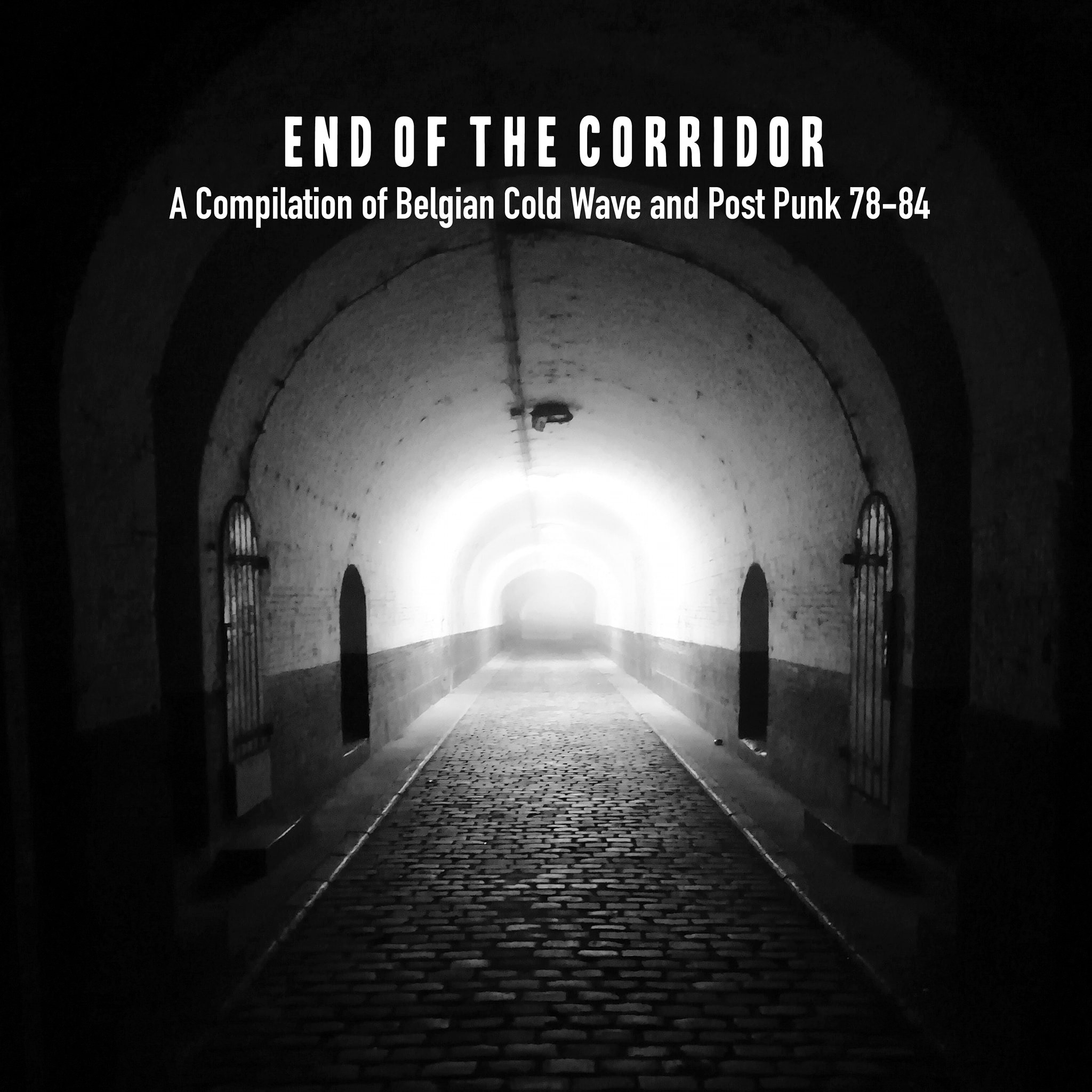 End of the Corridor: A Compilation of Belgian Cold Wave and Post Punk 78-84 (Walhalla Records)

This compilation is a perfect example of good digging and coming out with exclusive and rare track who are still worth your money (if you are a fan of this genre).

It all starts with the underground classic from The Brassers: En toen was er niets meer (live in Koningshooikt 1981): a raw and faster version. The guitar play and drums are really typical for that era, just as that doomed feeling. This was almost doom metal avant la lettre. Another live one comes from Cultural Decay: Music While You Work (live in Schepdaal 1981). This fragment sounds as if you are standing in front of the stage in 1981. Once again this dark and doomed feeling reigns, enforced by the typical guitar play and rhythmic drums. Camera Obscura:A Compliment From The Undertaker goes deeper down the dark road. I like the bass and the very cynical lyrics. Struggler: Something Dreadful (demo) shows that this song has already potential from the demo phase on. Listen carefully to the bass and the drums! The vocals could have been recorded in a better way, but hey it’s a demo. Siglo XX Answer (live – Macht van de Onmacht Tape) is according to me the best known band and yes: I’m a huge fan! This live track shows how hypnotic their live sound was. It also shows that they set a landmark for this kind of music. The song gives me goosebumps. First thing you hear when Suspects launch their track Neon 2 is the heavy bass. What follows is clearly a very underground track that comes close to a demo as the song really sounds like raw and unpolished (plug and play without checking if all the gear sounds good enough to start recording). The overall feeling is not bad: a dark hypnotic punk wave track from the early 80’s in its purest form. Next are De Kommeniste with Trikoloro and sung in Flemish. The bass is not bad, the lyrics sound like spitting on someone. I like the tempo. De ScheurenMannekesdier almost sounds like a classic 80’s pop/rock track (genre De Kreuners). Protection + Final War sounds a bit like a lot of dark doom wave bands from the 80’s (Red Zebra even the most). The double vocals give it a special touch. It’s a nice discovery! Vibø goes into the same direction and sounds really good with FN Kills. It might be a favourite track for a lot of fans on this album! The album closes with Day After Inner Voice: a very hypnotic track with good vocals and a really great sound! It’s yet again a great discovery!

To me it’s clear that Lieven De ridder does a good job and found a good way to get the pearls closer to the fans! Great job Lieven!

This compilation is also for those who are old enough to have seen at least half of the bands on stage, but is also good for those who are discovering the sounds of the underground in the 80’s and more specific: The Belgian Cold Wave and Punk scene!