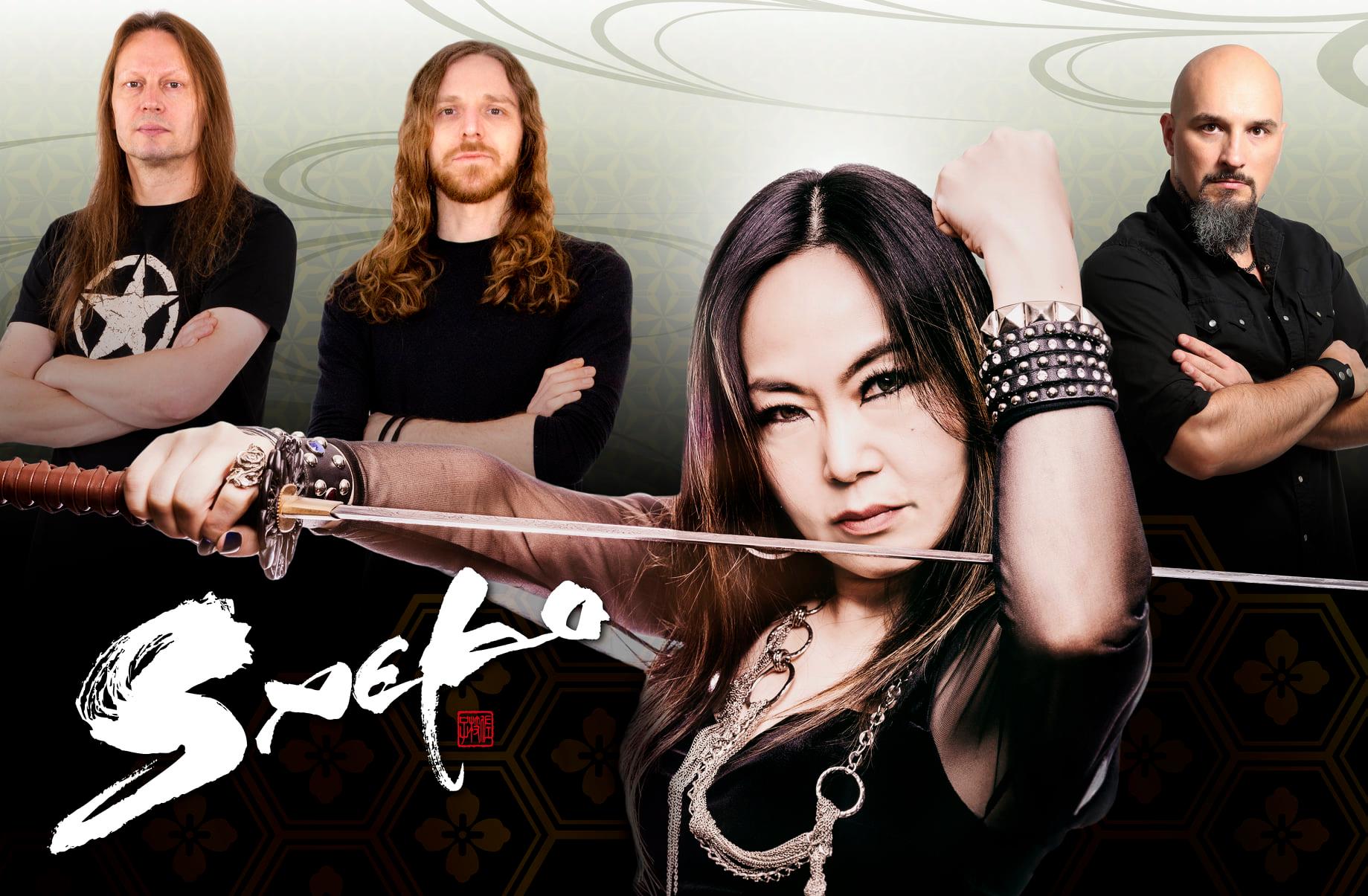 SAEKO KITAMAE from Japan is ready to kick in with her new album!

After the very successful crowdfunding campaign last year (http://kck.st/306VMve), the return of SAEKO, the one and only international metal act by Japanese Metal Queen, Saeko Kitamae, is approaching. Breaking the silence for over 14 years, the singer brings SAEKO back to life, supported by even greater members.

The Japanese singer did not comporimise at all in bringing her vision alive. Again relocating from Japan to Germany only for her music, she chose the finest members from Italy and Germany this time. The very first step, the crowdfunding campaign launched in 2020, was already a great success, quickly surpassing ¥2,000,000 (about €15,400). Following that, on 31st March, the mastering of the new album is finished at Woodshed Studio, Germany. Now she's going to start looking for an EU deal. SAEKO’s music, affirmed by the international media as having it’s “own musical identity with an exotic touch” in 2004, is the unique result created by fusion of Japa-nese and European elements. This individual identity is even more developed and expanded on the new album. It has a concept story of the protagonist reincarnating through different areas of the world to find out her/his answer. The blend of classic/ folkloristic elements of each area and the metal approach resulted in music no one has heard of. All lyrics were written by the singer herself, while all music composed by Saeko and GUIDO BENEDETTI. The perfect combination of her vocals and his guitars is supported by outstanding plays of ALESSANDRO SALA (Ba) and MICHEAL EHRE (Dr). The album is produced by Saeko, Guido and V. SANTURA, the engineer well-known for his elaborated work for the artists such as Triptykon, Obscura, Secrets of the Moon, also known as the guitarist of Triptykon, Dark Fortress etc, and co-produced by EDDY CAVAZZA. Guest musicians include DEREK SHERINIAN (Sons of Apollo, Planet X, ex. Dream Theater). It is an unforgettable experience made by Saeko Kitamae’s non-compromising attitude combined with the top-class Italian/German collaboration, sometimes quiet and reflective, sometimes powerful and resonating, with lryics in English, Japanese, German, even Hawaiian and Sanskrit.

Album Title: HOLY ARE WE ALONE

07. BRAZIL: SPLINTERS OF THE SUN

08. HAWAII (USA): FAREWELL TO YOU II (From Mother to Daughter)