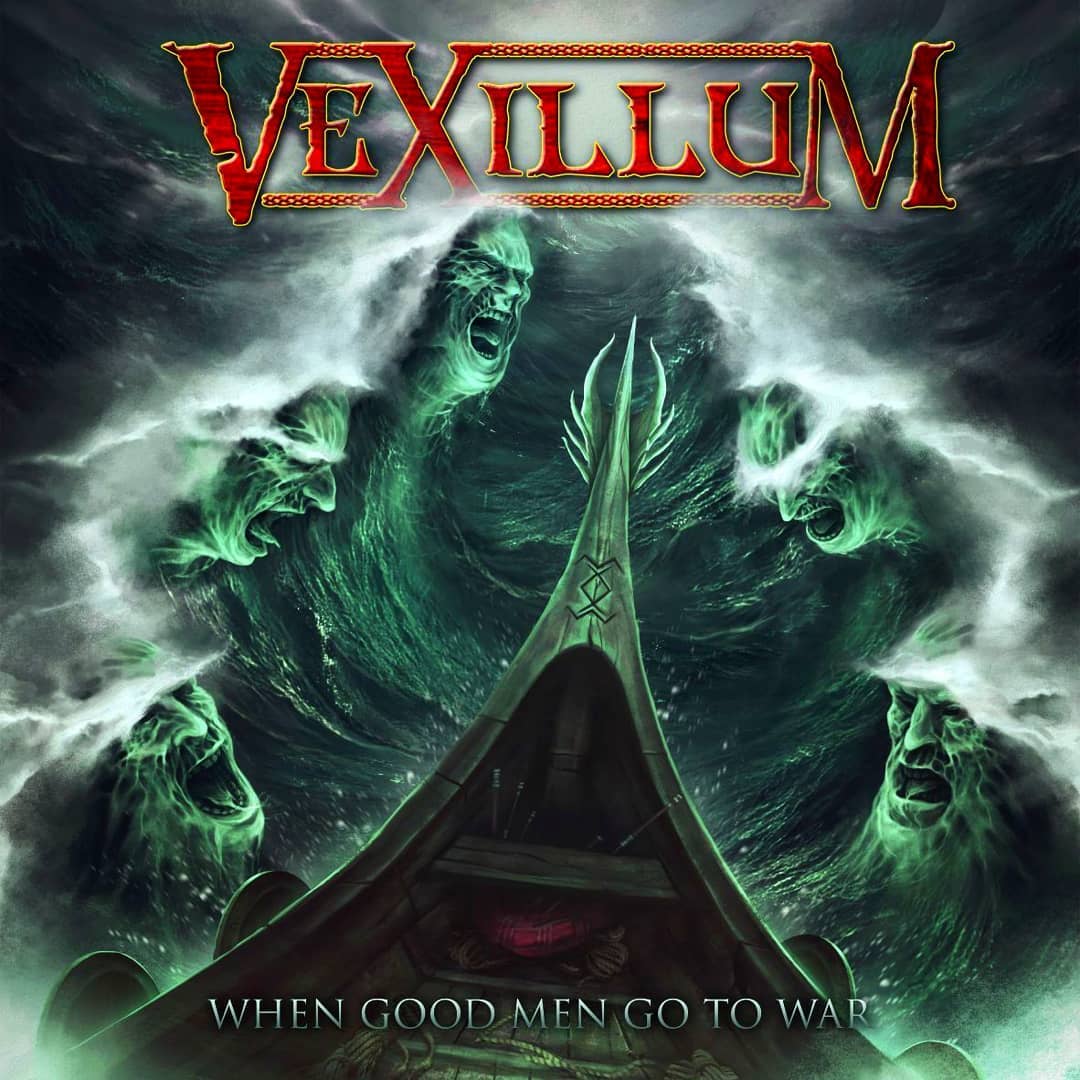 With a solid line-up and a new impact in terms of sound and image, resulting in a very modern and contemporary feeling, Vexillum are now proud to release their new album six years after the acclaimed metal opera ‘UNUM’.

‘When Good Men Go to War’takes the band and the listeners on a mystical voyage across the seas; the overall tone of every chapter is dark and vicious without renouncing to the band’s renowned northern-celtic folk melodies. The title track and its scream of anger is the epicenter of these tales, but the whole record is a masterpiece of heavy metal forged in fire, blood and steel.
In ancient times, the vexillum was the battle flag for battalions: one of the signals of the battlefield under which each one was gathering to fight. It still stands for the honour, the courage and the heritage of whom brings it in all the eleven glorious songs of ‘When Good Men Go to War’!

Enlight The Bivouac starts with a positive feeling, strong backing vocals, a bagpipe and great lead vocals. The drive and the feel makes you stand up and sing along. It’s simply amazing to listen to it! It doesn’t even bother me that it takes more then 10 minutes to finish as it feels like it’s over in a blink of an eye. Shorter and sharper is Sons Of A Wolf. I’m wandering how they sound on stage with all these backings? The song also show great powerplay and mixes combat metal with a folky seaman touch! It’s like transforming Manowar into Alestorm and keeping the strongest and best elements of both. I can’t believe I missed this band for years, but that could be because of my wide taste. Voluntary Slaves Army comes a bit loser to the younger version of Iron Maiden mixed with bagpipes, a catchy chorus, strong backings and a Celtic touch. When A Good Man Goes To War sounds lie a new anthem for this band. The song has many sides: hard and fast, but also slow and fragile. Last Bearer’s Song sounds a bit sweeter and softer. The Deep Breath Before The Dive has a speeded up tempo, but keeps the sweet touch thanks to the backings and the flute. It’s a nice one! Prodigal Son goes back to the original Iron Maiden touch, but mixed with bagpipes and sweet backings. Flaming Bagpipes gives the mic to the bagpipes, but also keeps Dario singing. Once again the strong backings gives it a sweet but strong touch. The chorus is very catchy and that seems to be their trademark! I also can hear a slice of Alestorm. With My Hands starts softly, with a fragile touch bit suddenly explodes with a scream and the instruments jumping in. The song sounds for the rest like a power combat metal track and I like it. More combat power metal comes with The Tale Of The three Hawks. Check out the catchy dwarf chorus! The guitar parts in here are really succulent! Last one is sung in Italian and has a classical touch, strings included: Quel Che Volevo.

It was a nice trip: I enjoyed it and hope the music and the name of this band gets spread! The powerful backings and bagpipes are a delight! I also love the main vocals and the guitars! Good work!