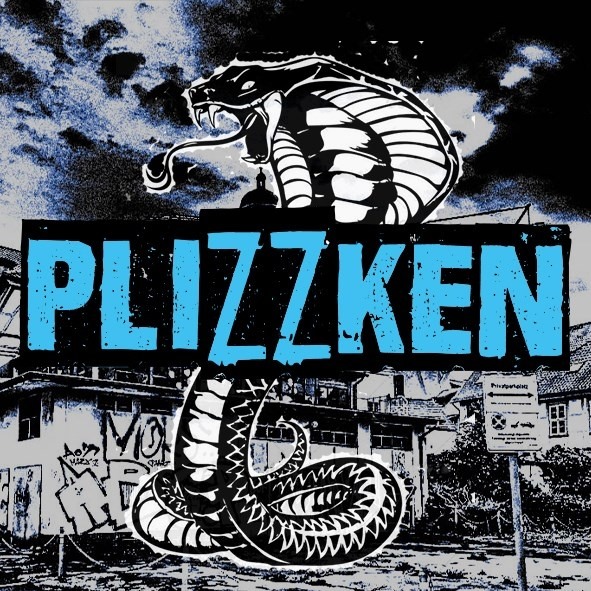 PLIZZKEN has released its debut single "Dear All Happy People" from its upcoming album ...And Their Paradise Is Full Of Snakes. Enjoy their catchy punk rock!

This track is also available as a picture flexi which fans can get when they place an order through Pirates Press Records' webstore or can be found at select record stores worldwide.

"It's so good to see a new generation is rebellious against this 'we always did this' and 'back in the days we were like this and that.' Fuck that. We live in 2021 and the world has changed and still changes. I wanna see my children living in a bright future," says frontman Sebi Walkenhorst.

Fans may recognize Sebi's trademark vocals already - although perhaps they're more familiar with him singing in German for his other band Stomper98. For Plizzken, he sings the entire record in English.

"I always wanted to write English songs and after we started the songwriting process, I already had a sentence on my mind. So the first line ever written on this record was “go all the way” from the title track "...And Their Paradise Is Full Of Snakes."

With touring plans canceled due to the pandemic, Silvio Schlesier (guitar/vocals) and Sebi built a recording studio in their practice space with their free time. After jamming for a bit, the two began incessantly writing non-stop until the record was finished.

"For years I was just writing German lyrics and only a few in English for myself that I never released. When I was a kid, my mom would play me songs from The Who, The Beatles, Beach Boys, and early David Bowie and I was listening to early punk stuff like The Clash, Misfits, 7 Seconds, and others," says Sebi.

The natural chemistry of Silvio and Sebi allowed for them to craft these rock 'n roll tracks with ease. Their mission is to keep it authentic and real with no studio tricks or slick production.

The band's debut album, ...And Their Paradise Is Full Of Snakes, will be released on July 2nd on Pirates Press Records - home to incredible artists such as Cock Sparrer, The Old Firm Casuals, NOi!SE, The Aggrolites, The Slackers, and many others.

"While out on tour with Downtown Struts & Sydney Ducks, I watched Sebi completely crush it in front of thousands of people in Torgau, Germany… that sealed the deal," remarks Skippy, owner of Pirates Press Records. "From first listen I knew this was something special and something that would allow this band to go from 0 to 60, spreading these tracks, and the PLIZZKEN vibe worldwide."

Although the first album has yet to be released, the band is already back in the studio working on new music. That is, until they can get on the road and play gigs when the pandemic is over.

"When the stages open up again, we will head out and do what we all miss so badly. Sitting in a van, traveling for hours to reach a closed venue. Waiting for somebody to open up, loading in, and waiting again. Drinking coffee like water and sleeping in every corner to rest a little bit. All of this is known as living the dream," remarks Sebi.

With new music on the horizon and fans around the world eager to hear Sebi's voice singing English tunes, it will only be a matter of time before they're playing to plenty of new faces!