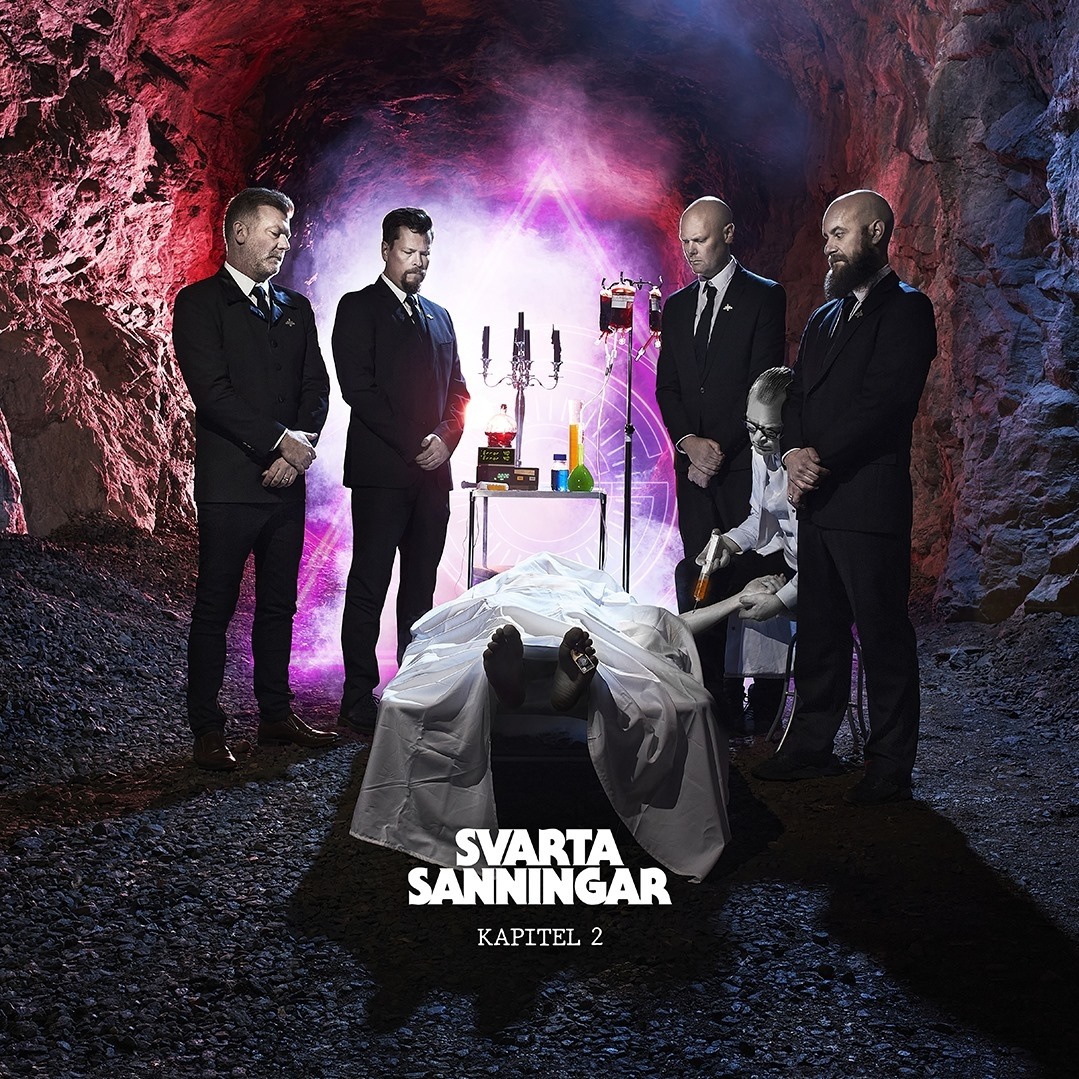 One of Swedish finest bands finally launches their second EP! We already spread the word about the first single and here is the rest of the story:

On Friday the 21st of May, Svarta Sanningar (Swe) will release the EP ”Kapitel 2”, which is a stand-alone sequel to the previous EP ”Kapitel 1” from 2018. The band’s music can best be described as occult post-rock with elements of goth and metal. Svarta Sanningar has also built an entire concept around a fictional backstory, which includes an occult order society with the same name as the band. Unique, incredibly well thought out and tickling. Do you dare to throw yourself into the darkness with Svarta Sanningar as your companions? The overall experience of ”Kapitel 2” can be summed up as a horror movie on VHS and an H.P Lovecraft drama on steroids. The songs are extremely well-written, professionally produced and an obvious continuation of the dark drama that began with the first EP. Already on the debut, the band found their unique sound, but this time they have taken it all one step further. Everything from artwork to song structure is now even sharper and finely honed to perfection. If you are attracted to Depeche Mode in their darkest moments, you will love this. Other more obvious references such as Ghost and Opeth must of course also be mentioned, but to fully understand Svarta Sanningar you must listen. Let yourself be embraced by the darkness. There is a high probability that you will stay. Welcome.

BACKSTORY - THE CONCEPT BEHIND THE LYRICS On September 29, 1976, a landslide occurred on the Swedish island Fjärrö, which was officially declared a natural disaster. At the same time, excavations were underway on the island by the corrupt corporation PBCL Investments, which according to anonymous testimonies had connections to the occult order society Svarta Sanningar. The anxiety among the island’s free church activists was great and a wave of suspicion grew stronger, the closer they got to the truth and the local private clinic Fyrens Hospital. A longer version of the backstory can be read in its entirety on the website: https://svartasanningar.se/en/the-horror-story/

I already reviewed the first track as it was released as a single:

Preparated starts with guitars on fire and a keyboard (synth) that sounds like a real Hammond Organ: recreating the same sound as what I’m used to hear when I play a song from The Doors! Once Klas starts to sing the tempo lowers and we get a more melancholic sound. But the tempo goes up and down, like in waves. All along the way we also get a sweet sound, mixed with a harder one. The end of the song doesn’t give much positive vibes and sounds rather scary, as the song takes off into a outro that might remind you of a dirty version of Don’t Fear The Reaper from The Blue Oyster Cult(you know the call and response vocals…).

Ett Ockult Hospital starts with a bit of electronics, joined by a guitar and the drums. Once Klas starts to sing we get a mix of blues and melancholia. It’s like crafted especially for me as every single sound pleasures me! The work on the vocals sounds at some point o so sweet. There is also enough variety in the range of the tempo and in the global sound.

Den Sista Sprutan sounds soft and sweet and grows with every passing second. The chorus sounds a bit into sadness whilst the vocals dance between melancholia and sweetness. It almost hurts when the music is over the silence takes over. Where is the repeat function is the first thing that pops up inside my head!

I must say it has been a while since I loved so much the new music coming out of the audio of my PC! It’s really a masterpiece and totally my cup of tea!