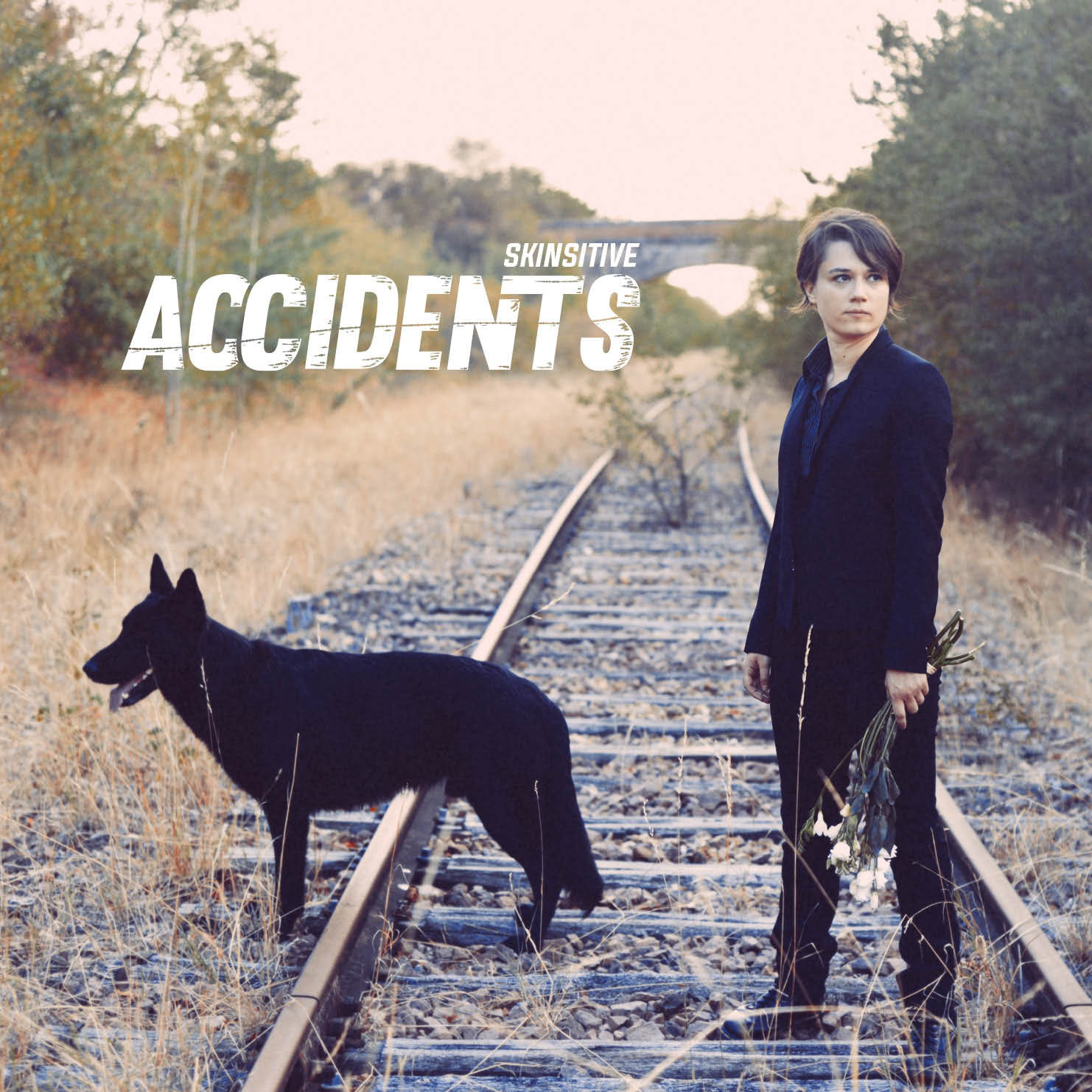 I follow this band for a while. In the beginning the sound was a bit harder, now it has become more sensitive: more Skinsitive as one could call it. It’s all sung in the language of Edith Piaf and with the same flair and quality! Let’s dive into the world of Virginia B. Fernson aka Skinsitive (and bandmates)!

Collissions is about accidents, break-ups, personal demons, the mistakes we made in our life and trauma's from the past … The song sounds like Edith Piaf going into rock metal. Somehow I feel like the song is a bit too short and that’s a good thing! Cosmos, Cosmea starts with a piano and a dark whispering voice. The song reminds me a bit of The Saint Seya album crafted by Trick or Treat as it sounds like a missing song from that album. The bridge here is also: fighting against darkness, despite the heavy struggling and aiming for the light and the good way of living. It’s a very poignant, dreamy and yet spooky song. The vocals are liking a mix between bleeding and flowering up: light and darkness. It’s also the kind of song that makes a crowd shut up and shed a tear! Magnificent and giving goosebumps! Mon Grand Chien Noir sounds like the female version of Nick Cave (Skeleton Tree), with still that touch of Edith Piaf. Great vocals and lyrics sung with passion and lived out. Just listen to the ending and the spooky backings and the melancholic touch added by the piano!

Point De Fuite is a very mature song with strong and sharp vocals: sung in the way Edith Piaf could have sung them too. Breaking up is never easy, working hard to stay positive and start looking forward is a very hard path. It’s a bit the red line of this album and it also makes this album as good as it is (and it’s really a great album). You can feel the outbursts, the anger and the sorrow and yet you hope for the best and try to leave it all behind. Such a strong song: emotional and quality wise getting a high standard! Rien Ne Presse is more rocking and has more outbursts. Towards the end it sounds like she’s ready to crash with the car and die together with her ex and close it all this way and indeed love her until “death do us apart”. But she’s not in a hurry, so that car ride can take a while: she’s not in a hurry to die. Sans Drame, Sandra starts with an acoustic guitar and something country minded whilst some electro hops in. The song sounds like a mantra: calling up her lover and trying to evoke her and fight it out (eg in the way there was a trauma in the past and it has to be worked out before beiing able to move on). It all sounds like as a if it was a bad and very aggressive relationship. The song goes up and down from fragility to out bursting energy. This could have been an older Nick Cave song: fighting with his demons. Trace slowly builds up (guitar/drums minded) and has the most lyrics of all the songs. It’s a more story telling kind of songs. Le Sacré (part 1) is more sad news from the breaking up: the dark and lonely nights and missing all the good stuff. The bluesy guitar is a good guide. The drums hit in when you need to feel the pain whilst the piano adds more sadness and melancholia to it. The sudden end tells you it’s not a happy thing! Le Sacré (Part 2) has a higher tempo and sounds like fighting it all off after finally finding the energy needed to close it all down and scream it out. There is a light at the end of the tunnel. The song also feels like the perfect end song for a regular gig! Peut-être is hoping for a making it all up but knowing it’s game over. Fighting against it: it’s so hard as you know it’s over and yet you want to try again. The music sounds modern, but the vocals are still Edith Piaf minded. The rage comes close to what Nick Cave or Jacques Brel would bring if they would have to sing this song. You can almost feel the sweat. Indeed: maybe (that’s the translation of the title). Last song is Lésions is the perfect song to close this album as it also talks about leaving it all behind and start looking forward and yet knowing you will always make mistakes again and collide again: but the future might be better. The past is like a scar: you have it and will never loose it, but maybe you will learn from it and get stronger and wiser. Let’s not be afraid of what’s coming and face it!

Wow! However French is not my mother language: I really enjoyed this emotional and dark trip. I didn’t drop the names I dropped for free as this album is really a mix of Nick Cave, Jacques Brel and for sure Edith Piaf! This is a jewel and the perfect showcase for a dark break up / work out your personal demons & trauma's album with a view toward the future and a mature view on the past. I have been there too and I almost relived my own break-ups from the past. It’s also a very personal album and the way it’s all written, composed and produced makes you feel very well this personal hell and yet it gives you a tiny sparkle as it might be the future might be better, but yet you are realistic enough to know it might be you get hit again and have to go through it all again and again, but maybe one day things get better …

Stay strong! Bravo Skinsitive for getting under my skin with this brilliant breaking up and fighting back album!