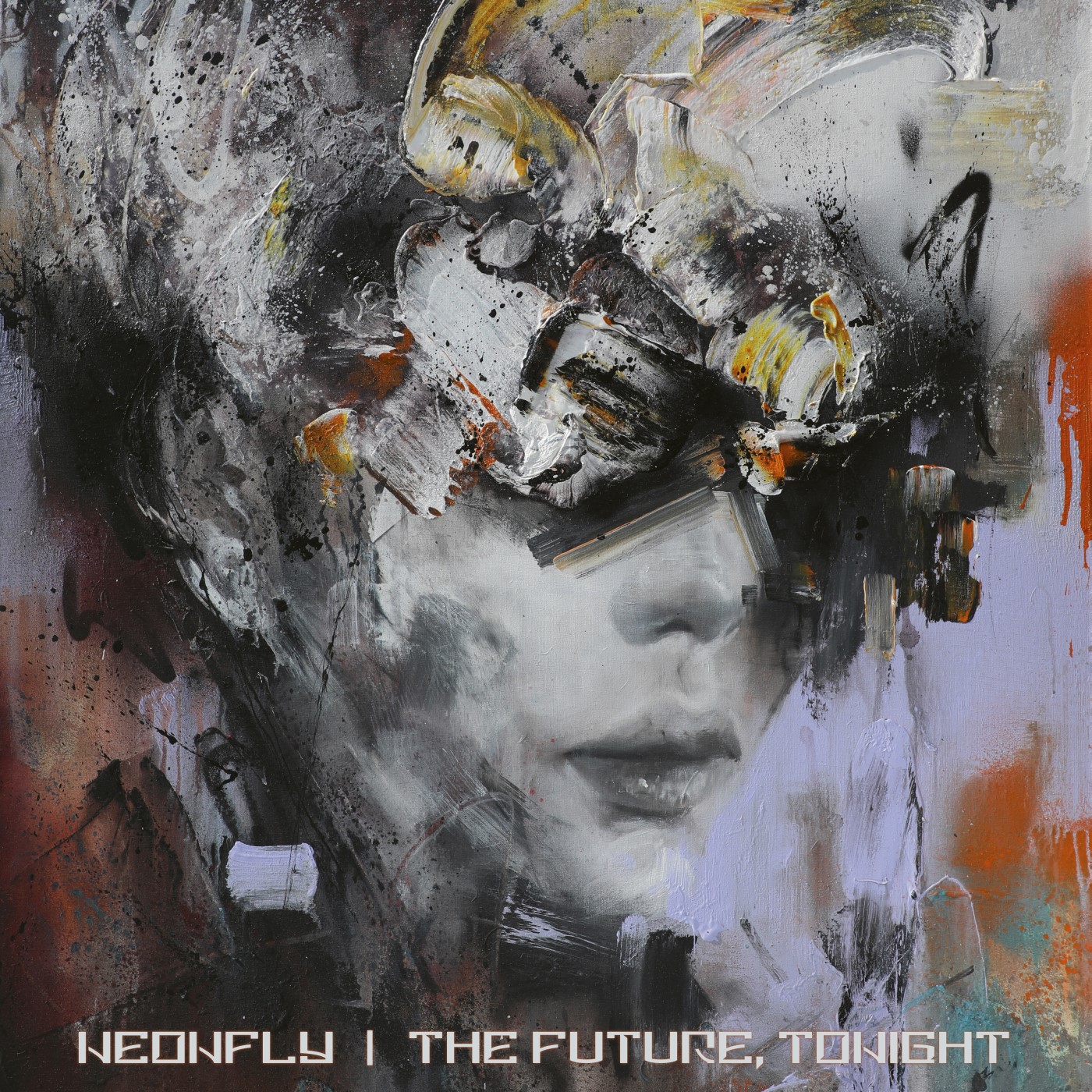 Neonfly, formed in 2008 as the brainchild of guitarist and composer Frederick Thunder, took the heavy music scene by storm, releasing two highly acclaimed full-length records and an unforgettable debut EP to date. The four-piece have played countless tours with acts such as Sonata Arctica, Dragonforce, Epica and Alice Cooper to name just a few, and appeared at a raft of prestigious festivals notably Download, Bloodstock and Masters Of Rock. On their upcoming third album, Neonfly shows no signs of slowing down: "The Future, Tonight" not only features 10 modern rock anthems, heavy yet catchy allied with hard-hitting riffs, big metal grooves and decidedly socially conscious lyrics, but also signposts a new musical direction and a new creative era for the band.

I launched their clips in our newsflashes a while ago and got hooked on their sound and their singer. When I finally got the press kit I was jumping up and down and started listening directly to the whole album. I must say I totally agree with the press info above! It’s a great album! The future starts today with the best album of this year!

This World Is Burning has a bombastic start and a catchy sound (with an oriental feel). Like I already wrote: I adore the vocals (Willy Norton). This guy can sing and scream (go high and low) and has the kind of voice that attracts my attention from the start. The rest of the band just fits his vocals like a handmade glove! In some way it’s true that the world is burning: we have the pandemic and wars going on, nature taking revenge for the pillage and raping … Last of Our Kind sounds like a very depressing song, but also carries some hope. I like the tempo and the whole attitude in the vocals. This song screams for an action movie clip! Flesh and Blood sounds a bit sweeter and even has some kind of an electronic part. The vocals also sound a bit cleaner and clearer as in the previous songs. All in all the song sounds fresh and strong and I like it! The Future, Tonight (feat. Björn Strid): starts with a bomb and sounds like a hard hitter! I like the mix of both vocals and the tempo of the song! This song mixes heaviness with sweetness. Beating Hearts starts like a melancholic ballad (strings included). Once the backings jump in it feels like I can see an opening track from a WWF female star called Becky Lynch. Once the tempo moving up it gets a bit of a dramatic and bombastic feel. The break kills it a bit, but the song moves on like waves of a ferocious sea. I like it (hence: once again). More Than A Lifetime starts with a soft and sweet touch, but the guitars and drums take over and create a song filled with emotions and passion. Once again the vocals are top notch! Another Eden (feat. Kaan Tasan) is a fuelled song and is sung with power and passion for the lyrics. The whole song has a strong and divine drive. Neonfly just crafted the perfect power metal track (with a catchy chorus)! Another bomb is Steal The World (feat. Kaan Tasan): going from hard to soft, back and forth. It was a good choice to mix both voices in this song as it gives the perfect extra layer to this already great song! I’m just wandering how they will deal with it on stage (but I suppose one of the bandmates will do some extra backings). Final Warning starts with something that comes close to a banjo, but the rest of the instruments blow it pretty fast away. The song sounds like the big final song of this album and sets it really on fire! The closing track has the longest title: The Things We Left Behind (And The Things That Slipped Away). You’ll be touched by the melancholia and the emotions. I like this closing track and the positive attitude in it! It’s the perfect end for this album!

I can say I was totally overwhelmed by the sound, the vocals, the productions, the lyrics! Neonfly blew me out of my socks! Congratulations! This album will be added for sure to my iTunes! I simply don'thave enough superlatives to describe this majestic album! Crafted by the best ones and pure gold!