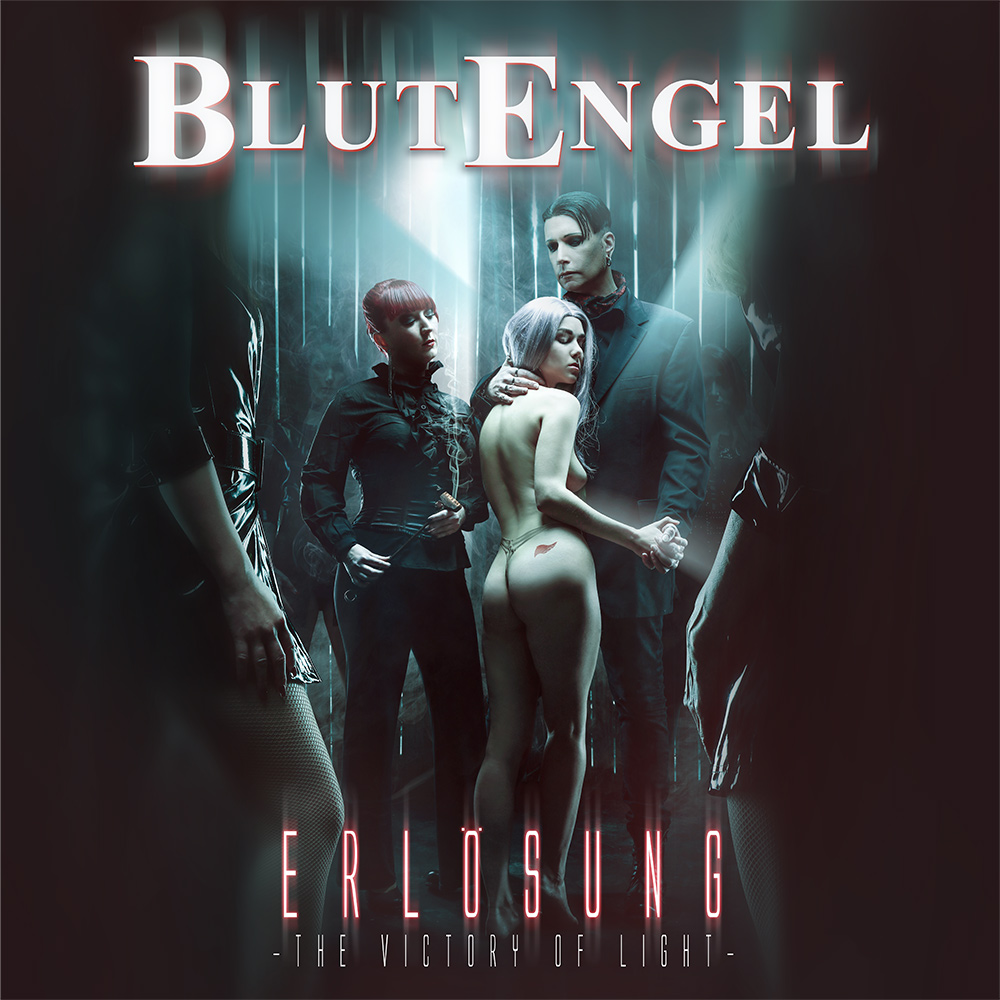 Blutengel - "Erlösung - The Victory Of Light" (Out Of Line Music)

The band around mastermind Chris Pohl and vocalist Ulrike Goldmann climb again to the top of the Official German Album Charts. Out Of Line Music consequently surpasses the entire competitors and celebrates the new album on number 4 in the genre hit list in the top tier! It’s clear that Blutengel convinces more and more fans all over the world!

Illuminate my Soul is a poppy and almost feelgood song with a great tempo. Fans will adore this song! More fun for the German fans comes with Wir sind das Licht. You hear a bit more guitars and stomping beats. This is clearly Blutengel in good shape!

Catchy as hell and with a high tempo is: We are not dead. Count in the cool synths (with a clear 80’s touch) and you know that this song has to become a hit! If not in the charts at least on stage! Seasons is almost a dark ritualistic Neofolk track. It’s a bit an unusual but very bombastic track. Wer ist dein Meister? Sounds like a typical modern Blutengel track: sung in German and with a catchy touch! I love the screaming backings! Deine Dämonen starts really slow with a clear dark and depressive touch. It’s the darkest track on this album and will leave you with a bad feeling (and far away from the light at the end of the tunnel). I am the Darkness is a bomb track! Perfect for the dancefloor and filled with energy (backed by great beats, guitars)! For the first time we hear the angelic voice of Ulrike (incarnating the light, whilst Chris is the darkness). Erlöse mich is a catchy up-tempo song where Chris and Ulrike get their fair part of the vocals. It’s a nice one! Single material! Wie Sand has already been launched as a single and did a good job. Ulrike takes the lead for the first time in this album.

No Religion has some cool electronics bleeps in it, a great tempo and some good punchlines whilst the chorus is sweet and catchy! Darkness awaits us is a catchy duet with a romantic touch. Towards the end it gets a slice of an 80’s feel. We fall sounds a bit softer, with an acoustic guitar. Chris’s voice is a bit more upfronted, whilst Ulrike is more taking care of the backing vocalis (but gets also her upfront part towards the middle of the song). Slowly we hear the synth a bit more and the song gets a touch of pathos and bombast. Melancholia reigns here too! Another single and a blast of a song is: The Victory of Light! Shoot the darkness away and let the guitars, vocals and synths do the work!

The last song is called Hand in Hand and is sung in German. It’s a slow grower, but gets more and more power towards the end (as more and more people are singing along too: giving it a bombastic feel). You can feel the pathos towards the end. It’s clear they wanted to end the album in a special way and they managed to do it con brio mosso!

I can totally believe that this album is once again a hit album and chart topping! Next are the gigs! Don’t miss them!