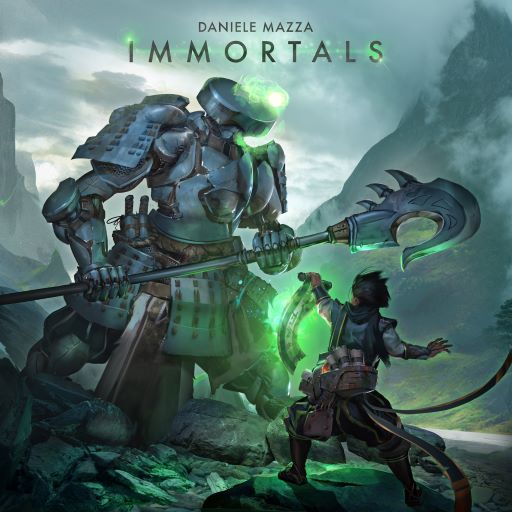 Daniele Mazza is know from the female fronted symphonic metal band Ancient Bards. He's a composer, songwriter and also deals with film music and music from video games. If you take a look at the album cover the result of this new album must be worth checking it out!.

This album will be different from what you would normally expect from us, but we just could not pass it. So without further ado, let us see what the artist has to say.

A message from Daniele:

"While I’m putting the finishing touches to the compositions and orchestrations of Ancient Bards’ fifth album, I am extremely excited to announce the release of my first solo album IMMORTALS!

IMMORTALS (produced and Mixed by Daniele Mazza, mastered by Simone Mularoni, artwork by Vincent Lefevre) will be available on all digital platforms starting October 29th, 2021.

You can expect more news coming up from me and the Bards, so don’t roam too far!"