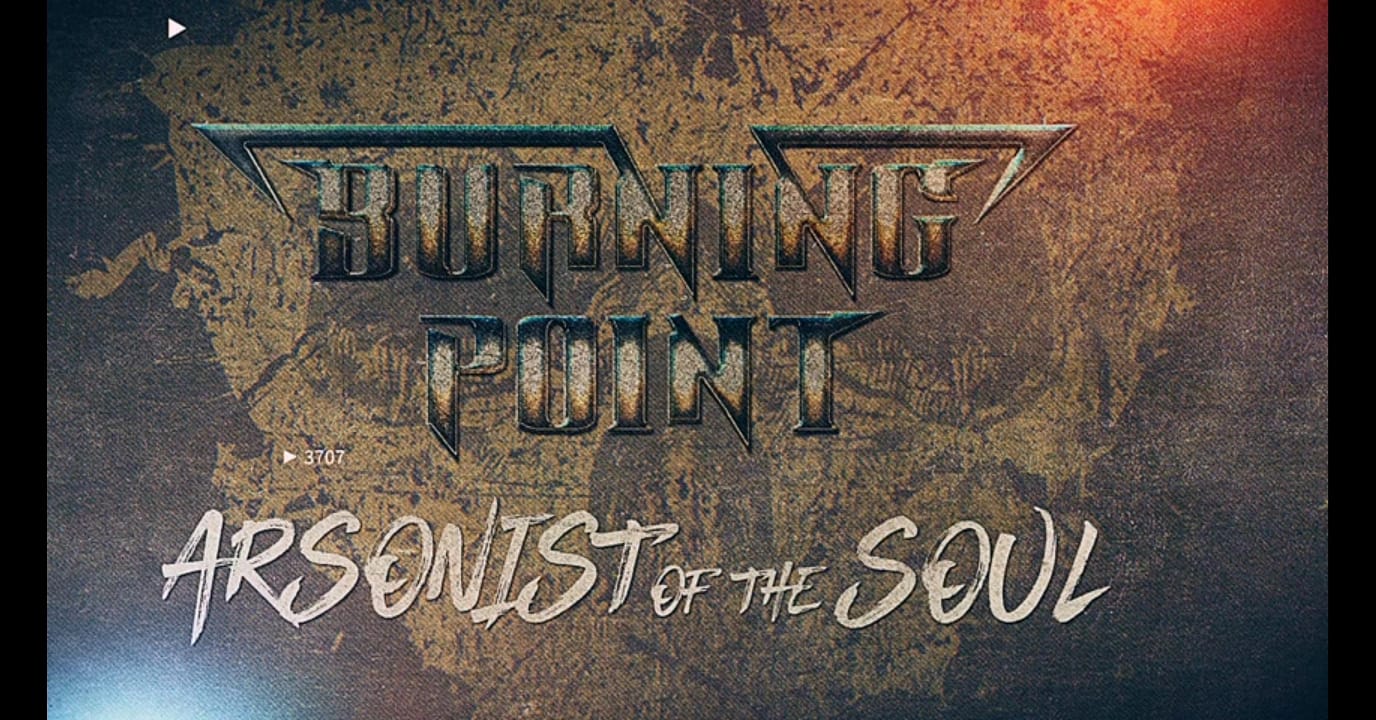 Following their latest, 2016- album The Blaze, October 22, 2021 will see Finland’s melodic heavy and power metal force BURNING POINT return with a brand new album! Arsonist Of The Soul will be released on October 22, 2021 through AFM Records.

BURNING POINT may had its share of line-up changes throughout their more than two decades of existence. The main constant though, mastermind/guitarist/songwriter Pete Ahonen, always kept the ship on route and his clear vision and artistic integrity made BURNING POINT one of the most reliable purveyors of excellent classic power and heavy metal.

After handling the vocals on his own from the band’s foundation up until the arrival of Nitte Valo (ex-Battle Beast) in 2015, now Ahonen and BURNING POINT present a new voice on the band’s upcoming album: Luca Sturniolo! Replacing Valo, Sturniolo turns out to be quite a discovery; his powerful, varied vocals perfectly match with Ahonen’s fiery fretwork and strong, experienced songwriting. Besides Ahonen, Sturniolo and Pekka Kolivuori, now bassist Jarkko Poussu (ex-member of Finnish thrash pioneers A.R.G.), Tuomas Jaatinen on drums and Matti Halonen (Keyboards) have joined BURNING POINT.

"I am extremely happy about the new line-up and the new record. All the guys are very, very talented and excited!“, Ahonen comments.

A little heavier than on their last album and featuring twelve blistering, razor- sharp tracks, BURNING POINT’s characteristic melodies are the distinctive core of the band’s sound, shrouded in a captivating depth of powerful melodic heavy metal and epic hard rock anthems. Songs such as the first, previously- released single Blast In The Past ( Listen HERE!), have already showcased Arsonist Of The Soul will mark one of BURNING POINT’s strongest records to date. Now, the band unleashed a brand new single and video, showing off their hard rock (and 80's) influences in glorious style!

"As anyone can hear it's very epic and very much Black Sabbath influenced," Ahonen mentions. "I think this song sums up the album pretty nicely, hard and heavy with a lot of melody!"

BURNING POINT’s new record was mastered by Juanne Huotari, and shines with its pleasant throwback to early 2000’s heavy metal sound, but with up-to-date production the band is known and loved for. With Arsonist Of The Soul, they definitely raise the bar once more!

Coming out on October 22, 2021 and available as LP, CD and Digital formats, the album pre-sale is now available at THIS LOCATION!