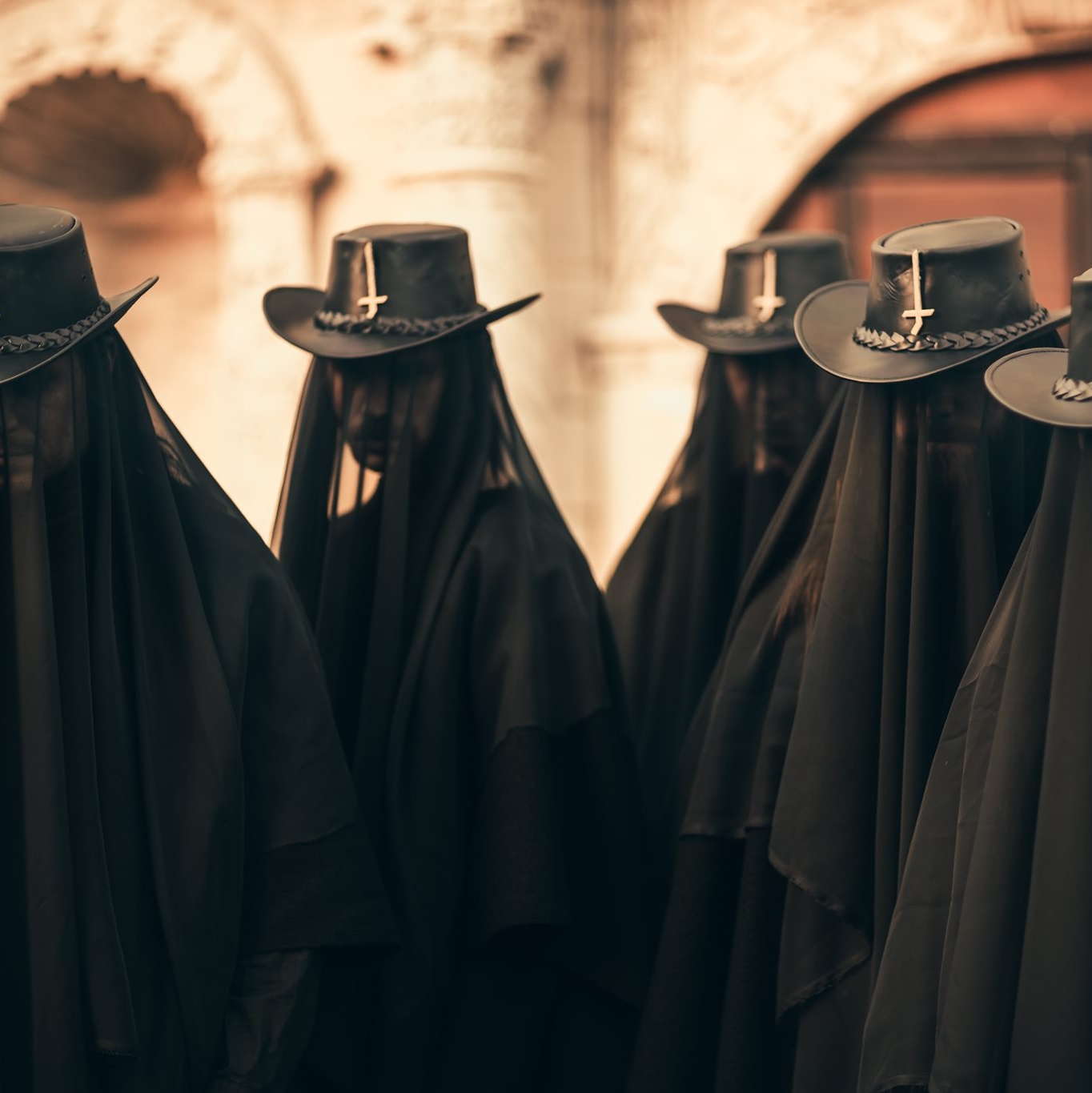 LORD OF THE LOST released their new album, JUDAS, on July 2 – subsequently securing the band’s highest ever charting position at #2 on the German album charts. Even after this success, the Hamburg based band isn’t taking a break – following up with their most elaborate music video ever.

"Viva Vendetta" forms the basis of the double bonus album, LOTL+, which was included with some already sold-out physical album formats. LOTL+ consists of 32 versions by befriended bands and artists based on the instrumental tracks from "Viva Vendetta". None of the artists were privy to the album concept or any further info on JUDAS, resulting in 32 fundamentally different versions.

The video for the album version of "Viva Vendetta" is set in a dark western scenario, in which the band members take on different roles: a blacksmith, a priest, a sheriff, a bartender and a hermit. They are all haunted by a dark entity, already known from the videos for "Priest" and "For They Know Not What They Do". No matter where we stand in society, we are all equal before higher powers - this message is conveyed in a music video that is over seven minutes long and meets the highest cinematic standards.

Whether the five lonely cowboys in "Viva Vendetta" are cursed and damned by the protagonist, or saved and redeemed, can be interpreted either way in the end. Thus, even a Wild West music short film creates the actually absurd connection to the album concept of the Damnation and Salvation of Judas Iscariot.

LORD OF THE LOST on the new video:

"Even though we managed to transfer the basic theme of our JUDAS concept to the “Viva Vendetta” video, many may still ask what a western has to do with the topic, or us as a band at all. The answer is quite simple: Nothing at all! We just felt like the visual aesthetic of our own little Tarantino fantasy mashup. And that's exactly what should drive an artist at heart: The desire to create, freed from all boundaries, especially your own."

On their new offering JUDAS, LORD OF THE LOST draw the listener into a conflict that has lasted for thousands of centuries and is as old as mankind itself: The conflict between good and evil. On JUDAS, LORD OF THE LOST tell of this conflict from the perception of the character of Judas Iskarioth, known as highly diverse, and the so-called Gospel of Judas, a paper that's said to consist of conversations between Jesus Christ and Judas Iskarioth and casts a different light on religious history as it's told in the Bible's New Testament.

“Don’t judge a book by its cover. This sentence could hardly apply any better to someone in theological history than to the figure of Judas Iskarioth, who represents only one thing at first glance: Betrayal. If you take a closer look, almost endless possibilities of interpretation open up here: from "Judas the murderer" to "Judas the redeemer" and "Judas the actual martyr", who, if you believe in it, could only find room in hell for his salvific betrayal after dying for what he did, in complete contrast to Jesus Christ. This field of tension and the apocryphal writings of the "Gospel of Judas" are the basis for a double album that not only illuminates the dark and light side of history, but above all the grey areas in between, in which we move emotionally and ideologically throughout our lives and try to find our place.”

Order Your Copy of JUDAS HERE

JUDAS (#2 GER) marks the successor of chart-breaking Thornstar (2018, #6 GER), and again breathes the innovative spirit of five musicians who are far away from setting boundaries into their very own unique art. LORD OF THE LOST has never been that type of creative force that’s pinned to any specific genre and has succeeded in surprising fans and critics with their nonconformism repeatedly over the years. With their new album, JUDAS, LORD OF THE LOST manage to thematically blur the lines between good and evil and put the so called “salvific treason” into a harmonious soundscape unlike ever heard before - truly an magnum opus!

JUDAS is available in the following formats:

In addition to the 2-CD JUDAS Mediabook and a cover alu print, the strictly limited deluxe box includes the special CD, The Sorrows Of The Young, double extra CD LOTL+, as well as the six part behind the scenes documentary bonus DVD, Becoming JUDAS. The Sorrows Of The Young features ten unreleased songs, written by Chris Harms at the age of 18, that have now been re-recorded, whereas LOTL+ showcases 32 completely different interpretations in terms of vocals and lyrics on the original song “Viva Vendetta”, written and performed by artists like Megaherz, Equilibrium, Lacrimosa, Subway To Sally, Nachtblut, Unzucht and many more.

The Sorrows Of The Young Track listing:

2. Syringes in the Sand

4. Die Without Your Love

5. This Piece of Art

13. A Pain That I Know feat. Florian Grey

15. Sadly Ever After feat. Hell Boulevard

10. It Starts with a Crack feat. Solar Fake