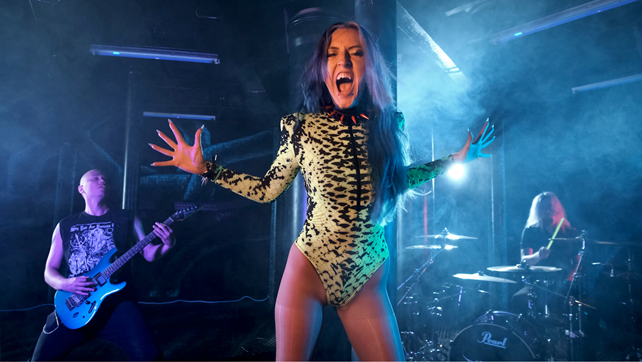 Three people wake up unexpectedly in a cornfield ... If you already have goosebumps, be sure to check out Arshenic's new music video - Extraterrestrial. The clip was shot according to the script written by the singer, Ofilia, who also wrote the scripts for the band's previous clips. Extraterrestrial is a colorful clip in the atmosphere of SFX movies worthy of Netflix! Beware of the Extraterrestrial, out now!

Arshenic is a Polish band with a female front, playing heavy music on the edge of rock and metal. The second full album- Final Collision, was released in 2019 with Sliptrick Records. Last year, at the beginning of the pandemic, Arshenic released a cover of Where did you sleep last night, along with a music video shooted on the cliffs of Polish most cinematic beach.The same year, Ofilia, the band's vocalist, was nominated by an international jury for the Best Clean Vocal 2020 FemMetal - Female Goddesses of Metal award, after which she was awarded first place in this category.