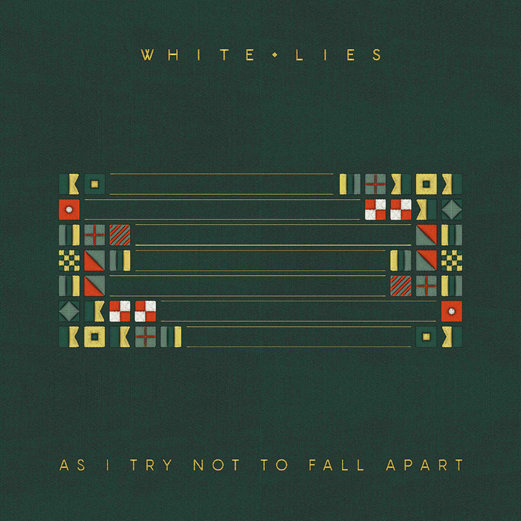 White Lies have announced details of their forthcoming sixth album, As I Try Not To Fall Apart, which is released on [PIAS] on Friday February 18th 2022.

The band have also shared the title track from the album, talking about which they said:

We wrote this song quickly, late one night, and often the songs which come quickest are written from the gut and the heart, not with the head. We wanted the melody to feel like a hymn, to give the confessional lyrics weight despite being wrapped up as a pop song. It’s about accepting vulnerability as a man, and knowing it’s ok to be broken. There’s never been a more pressing time to spread the message that it’s ok to not be ok.

The track is accompanied by a video directed by James Arden aka The Trash Factory.

Talking about the video he said:

The track made me think of people trying to lift themselves out of emotional spirals - navigating feelings of fragility and fighting everyday pressures just so they can keep it together - and it made me think about how we can be buried and overwhelmed by our feelings and emotions, and how we could explore that, visually

Being buried in sand was too mad to pass up. The sensation was really chilling and I was picking sand out of my ears for days, but I'm thrilled with the video, it really carries the message of the song and it looks beautiful."

Recorded at Sleeper and Assault & Battery studios in West London, the album sees long-term collaborator Ed Buller, who has worked on many of their albums including their debut To Lose My Life…, return to produce several tracks along with Claudius Mittendorfer (Weezer, Panic! At The Disco) also producing and mixing the entire album.

Track-list of As I Try Not To Fall Apart is as follows:

The album can be pre-ordered via