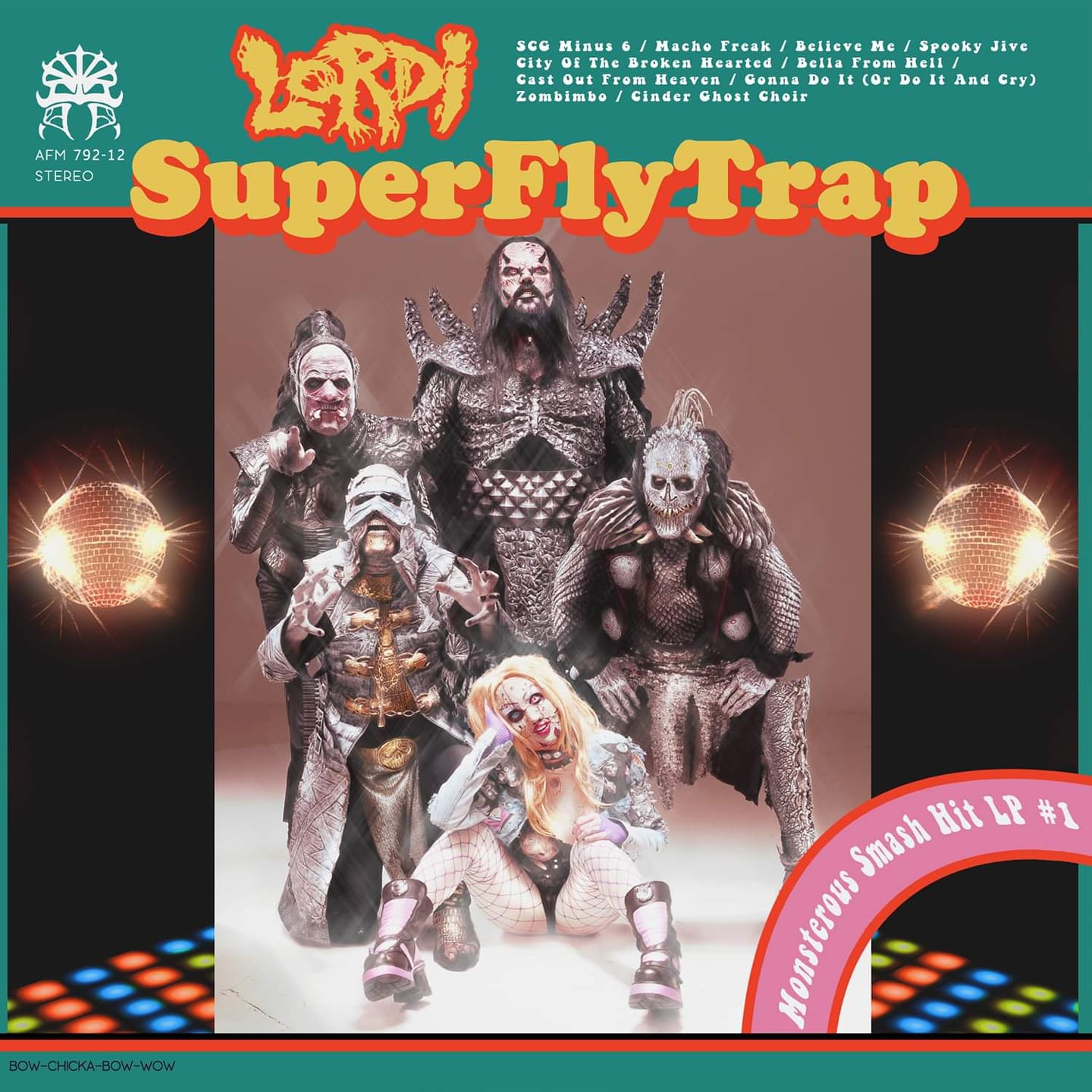 Lordi is a metal band from Finland and once won the Eurovision song contest. Since that era they always look for controversy. Launching a 7 box set is one of their greatest idea! For sure as they try to create 7 totally different albums. First one is Superflytrap!

SCG Minus 6: Delightful Pop-Ins is some kind of funny intro: laughing with a women who gets unasked visit and gets banged each time. It’s a very special sense of humour. The first real track is called Macho Freak and sounds like disco inferno with a clear 70’s sound. Disco fans will adore it and might even dance on it. I’m not sure if the hardcore fans will love it. We have to keep in mind this one:

Quote from the band: “Each album was recorded according to its era of origin using its various approaches and instruments in order to come as close as possible to the sound. So, just like what would have been done in the respective time.”

Believe Me could have been a new Abba song! Just listen to the chorus and the way the backings sound! It has every bit to become actually the newest hit! Just listen to the music and forget about the monsters! Spooky Jive has the typical bass sound from the 70’s, just as the whole vibe. Be ready to shake your ass like you did in the 70’s and become the king of the night! City Of The Broken Hearted is more into sleazy rock but still has this 70’s touch. The chorus is almost catchy! I like the guitar play! Back to the disco vibe with a dance off called: Bella From Hell! Cast Out From Heaven reminds me of a hit from the past (for sure the chorus). It’s a catchy track mixing Abba with a 70’s rock sound and a piano. More disco comes with a possible dancefloor hit: Gonna Do It Or Do It and Cry. The chorus is catchy as hell and will certainly be loved by disco and boogie lovers! The female backings are also really great! Zombimbo has a certain Kiss touch (listen to the guitar play: I was made for loving you), but mixed with a clear 70’s touch and some disco. Listen also carefully to the lyrics and enjoy! Last one on this first album is called Cinder Ghost Choir. It’s a powerful ballad with cool female backings, smoking guitars and lot’s of pathos! Towards the end you hear the choir getting stronger and putting more weight into the music. It’s according to me the best track on this album (but disco freaks will prefer all the other tracks)!

It’s a huge surprise and sometimes a struggle for me as I hate disco. I’m still not sure what the fans will think about it, but I gave it a shot and reviewed it track by track! Let us know what you think about it, by posting your comments underneath this review!

Digital releases are as follows:

”Masterbeast From The Moon” February 18th

Can’t wait that long? Head over to https://shop.afm-records.de/lordi/ to get your own copy of ”LORDIVERSITY”!