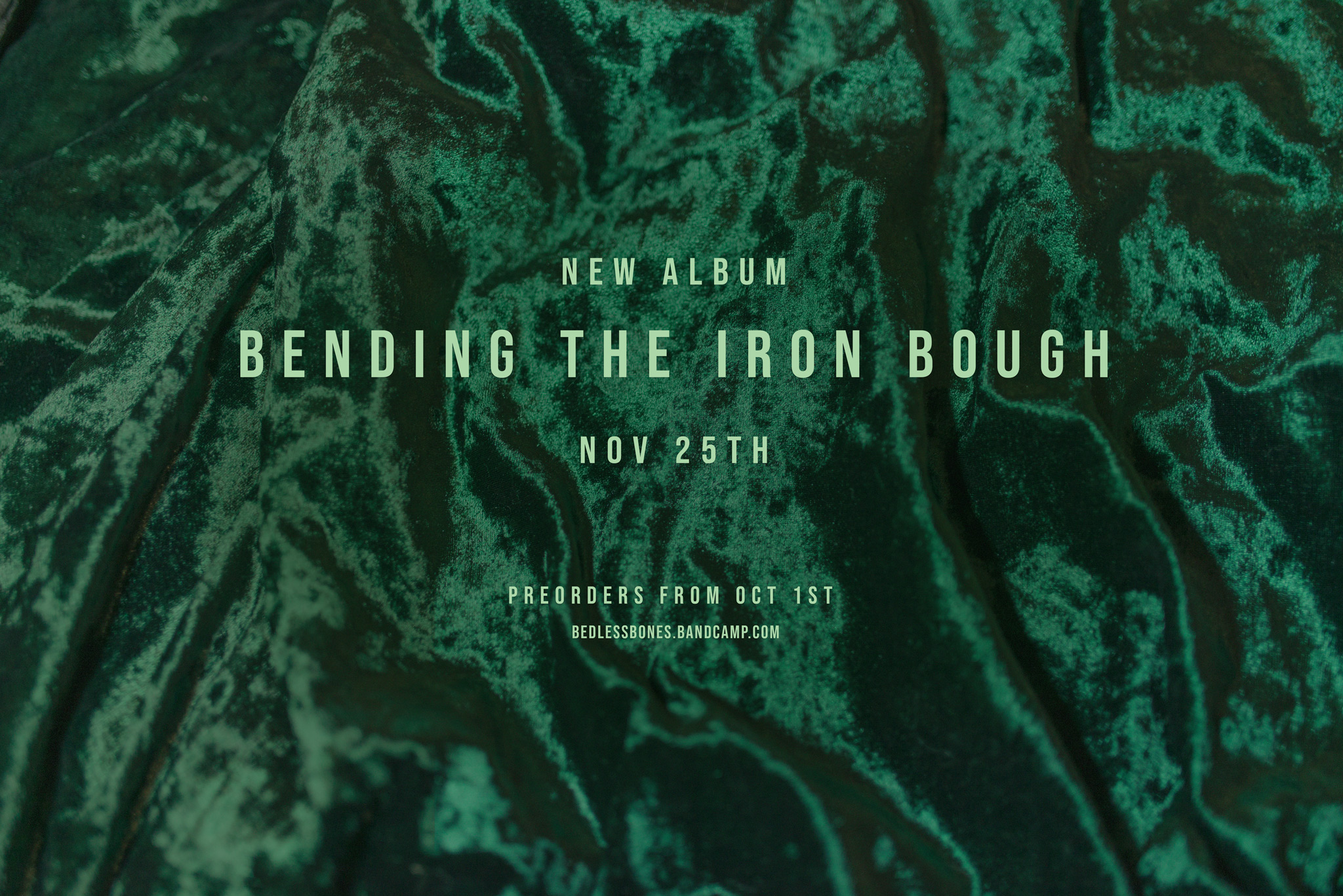 Since I discovered this Estonian artist I started following her. Since I reviewed her albums and interviewed her I also noticed that Belgium is finally starting to fall for her great music and really spot on vocals! Are you ready for the new album? We are!

Departing Solstice (Prelude) is a very haunting opening track with a spooky feel. It’s a short one but a good one! Next is a real and full length song called Realign and Reign. It’s an up-tempo electrified song with a vocals that sound like coming from the clouds. Check out the video too! Here’s a quote from Bedless Bones about it:

“The video is out! Thank you to my dear friend Mikk Metsniit, who came over last winter (I was writing the album at the time) and shot the footage to try out his new camera. This wasn’t exactly meant to be a music video, but after recently stumbling upon it on my hard drive, I decided to use it since I liked the insulated intimacy and the cold and gloomy atmosphere of Estonian winter.

It’s been quite difficult to pick ‘singles’ out of this new album as it’s meant to be a union that is breathing and moving together. I can’t wait to share the whole thing already, it will be out in less than a month.

Sic Mundus sounds dark and a bit aggressive, with some moments of peace. If my Latin is good enough it means my world. I feel darkness and unhappiness, but also working hard to get it all changed.

Next single is called Ashes Indigo. The start can be called ethereal. Here I can use this quote:

“Loss, transmutation and rebirth. To start anew and bury the old. Solve et coagula. The first word that was on my mind when I started with the new album was 𝒄𝒐𝒖𝒓𝒂𝒈𝒆. Big word. What does it mean though? To go against something more powerful than yourself, believing that’s the right thing to do, and that your ‘right’ is the most righteous; to contend, to amplify every emotion, exacerbate every woe and throw oneself into the havoc, the opposition, and try to conquer, to bend the iron? Amid these ruminations, some things happened, like they do in life, and I didn’t feel courageous all of a sudden. Weary of the pounding machinery that had carried me into music, I found myself in the middle of more silence than ever before, and I embraced it. The definition of courage is always so masculine, but in fact it took me much more courage to decrease the elements, to bring the boil to a simmer; to bare more. And behold an influx of peculiar sceneries of odd beauty of letting go.

Ashes Indigo is about leaving in golden glow, with extraterrestrial ashes oscillating in the air.”

Well: the song has for sure a special sound but nevertheless sounds like a good Bedless Bones song!

The Golden Bough is yet another very special track with a spooky and very scary feel whilst birds are singing and nature seems to be alive. A voice screams something from far away whilst the sounds goes up and gets darker and even more into a scary phase. Only Blood Comes Through builds up fast and gets a higher tempo whilst the vocals are putting layers. It feels a bit like Wardruna goes into electro, to put it in a simple but clear way so that you know what I mean. I like it! In Omnia Paratus means ready for anything and builds up like a nice electro song with in the back bewitching sounds. I would describe it as pagan electro. Septentrional (Aurora) has a nice tempo, a good pagan electronic sound and good vocals. I even think it would stand a chance in the clubs (the ones which are not closed again). Last one is The Iron Bough a mesmerizing pagan electro mantra with a cool bluesy guitar sound. Towards the end the song gets more energetic before slowly fading out.

It’s clear that Kadri and Mets did a great job! I hope to see them on stage one day (after the COVID-19 era)! Good luck to both of you! Stay safe and healthy and thank you for the music!

Don't forget to check their older work too (in case this is the first time you hear/read about them):