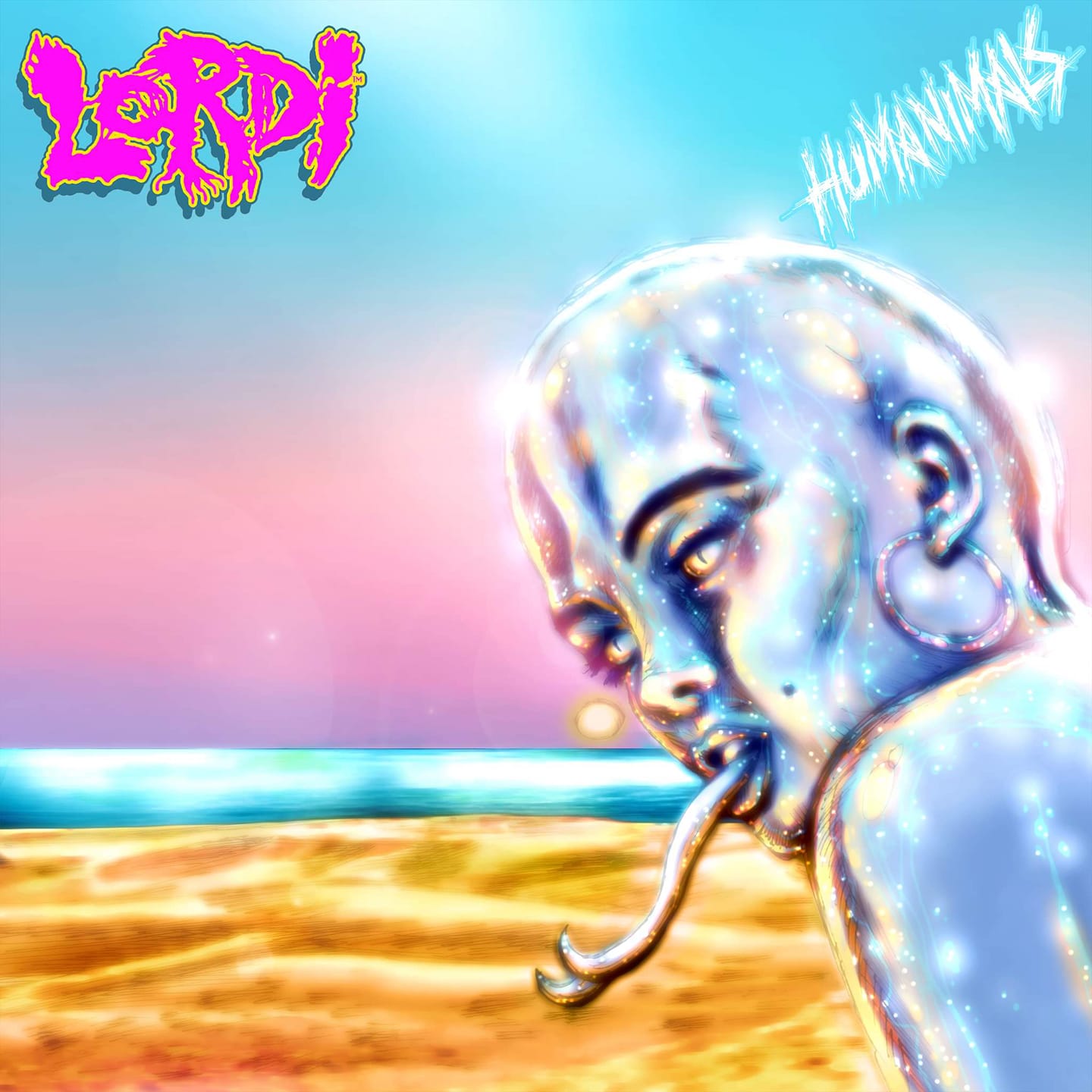 It’s the Third out of 7 new albums for The Finnish monsters called Lordi. Each of these 7 albums have a different approach but are all linked to the 70’s and they also used gear from the 70’s to come as close as possible to the sound of the 70’s within the genre of each album.

SCG Minus 3 Scarctic Circle Telethon: brings a new story about donations and a priest. It’s an animated opening.

Borderline has a more 80’s minded touch and reminds me a bit of the Flashdance song. The chorus is catchy and the music sounds good, but a bit commercial. I think it’s ment to be a more synth pop track, but has some guitars in it. Victims of The Romance sounds more like Def Leppard and is a very catchy rocker. More synths come with the song called Heart of a Lion. The chorus is again very catchy! Another one in the same synth pop range is The Bullet Bites Back. I’m sure retro fans will adore this one (even with the clean vocals). This one reminds me a bit of Poison from Alice Cooper. Be My Maniac sounds a bit more like the 80’s synth rock songs with a very catchy and sing-a-long chorus. This might be a future hit! Rucking Up The Party could be a stadium rockband’s hit! It could have been also a 80’s hit! Just listen to the chorus and the backings and sing-a-long all the way whilst playing some air guitar. Girl In A Suitcase is yet another catchy synth rock song with a sing-a-long vibe and a clear retro touch. It’s yet another potential hit! Supernatural starts with a cool guitar lick whilst the catchy feel is there again, just as the sing-a-long moments. Here the guitar gets a bit more of a leading role. Like A Bee To The Honey sounds a bit softer (with some kind of whispering). The backings are really top notch! Again the sound is very catchy but also very mellow. It’s one of the sweetest songs on the album. We also hear for the first time a saxophone solo. I like the little devilish voice over in this song. The last one Humanimal is a power ballad with a piano and a soft guitar sound. Wow! This was a great ending!

This album is actually not bad, but I’m also a fan of 80’s music and had all the time a huge flasback. I’m born in 1973 and also listen a lot to music from then (started with David Bowie and Iggy Pop). It fit’s them well!