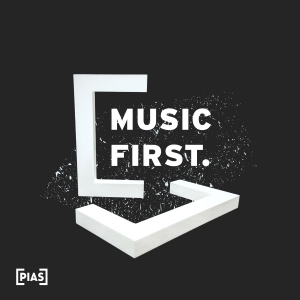 Penelope Isles's fragile vocals and the dreamy music that guides her voice makes that I look out to review the album. I'm pretty sure a lot of people are looking forward too to hear the new Eels album. I'll let you discover the rest!

Fragments is the most emotionally intense record that Bonobo - aka Simon Green - has ever had to make. It’s no surprise that it’s also his masterpiece. The album features Jamila Woods, Joji, Kadhja Bonet, Jordan Rakei, O’Flynn and Miguel Atwood-Ferguson. Born first out of fragments of ideas and experimentation, the album ultimately was fused together in a burst of creativity fuelled by both collaboration and Green’s escape into the wild.

Fragments is a series of 12 sonic affirmations, featuring some of the hardest and most hip-shaking grooves that Green has ever created. The ballads are perfectly placed throughout; they capture a world in flux and glow with hope. Coaxing the ideas out initially took some hard work. The constantly-touring Green creates best while on the move; the global shutdown forced him to stand still.

Daniel Blumberg has composed an enchanting new original score for Mona Fastvold’s critically acclaimed The World To Come. The film premiered at the 77th Venice Film Festival 2020 and was released in UK cinemas during Summer 2021. Highlighted as “a marvelous score” in Variety and “powerfully moving” by The Film Stage, the score includes the title track featuring Josephine Foster. Blumberg enlisted the talents of an ensemble of radical, internationally revered musicians, whilst the score was co-produced with world-renowned producer Peter Walsh (Scott Walker).

True to its title, Storm Queen is a body of work with its own unruly climate, governed only by the visceral quality of Cummings’ spellbinding and devastating vocal presence, as heard on stage opening for the likes of Weyes Blood, Evan Dando, J Mascis and more. With most songs captured within the first few takes and featuring unexpected flourishes by Cummings’ peers in Melbourne, the album showcases a vast and volatile emotional landscape from one of the most captivating folk artists to enter the scene in years.

When you’re trying to make it through tough times, you need a little light to find your way. That light blazes brightly on the alchemical second album from Penelope Isles, an album forged amid emotional upheaval and band changes. Setting the uncertainties of twentysomething life to alt-rock and psychedelic songs brimming with life, colour and feeling, Which Way to Happy emerges as a luminous victory for Jack and Lily Wolter, the siblings whose bond holds the band tight at its core.

With plans slightly complicated by the Covid-19 crisis, the band decamped to their favourite Big Jelly Studios in Ramsgate and after 14-days of quarantine set to work recording their second album over three weeks with engineer Al Harle. The result, Welcome Break (and yes, the title is inspired by the ubiquitous serviced dotted along Britain’s motorways) resonates with about as much decisive allure as their previous album Boat, but this time with a bit more contemporary chaos to boot.

Where Boat reckoned as a fresh-faced, yet gloriously fearless game- changer, Welcome Break is the self-assured older sibling who, with an additional year or two behind themselves, isn’t afraid to speak out, take lead, and instigate a liberated revolution-come-bliss-out.

A fever dream in sonic form, St. Paul & The Broken Bones’ new album The Alien Coast marks the most adventurous and original output yet from an ever-evolving musical powerhouse. In a profound shift for the Alabama-bred eight-piece—Paul Janeway (vocals), Jesse Phillips (bass), Browan Lollar (guitar), Kevin Leon (drums), Al Gamble (keyboards), Allen Branstetter (trumpet), Chad Fisher (trombone), and Amari Ansari (saxophone)—the band’s fourth full-length strays far from the time-bending soul of past work like their 2014 debut, arriving at a dizzying convergence of rock & roll and R&B, psychedelia and stoner metal, gospel and jazz-funk. At turns explosive, elegant, and thrillingly unhinged, that sound makes for a majestic backdrop to St. Paul & The BrokenBones’ visceral exploration of the strangest dimensions of the human psyche.

A loud, proud, unabashed celebration, Planningtorock’s new EP Gay Dreams Do Come True stands in opposition to the tragic queer narratives which can sometimes dominate the mainstream. Indeed, Jam set out to make a record which basks in the all-consuming joy of queer love instead, and the sense of belonging, intimacy, and safety that comes with it.

Says E: “John Parish is one of the most even-tempered, polite people I’ve ever met. A true gentleman. Actually he’s probably THE most polite person I’ve ever met. But when he gets into the studio he becomes a mad scientist. If you make music with John Parish, you get stuff no one else does. He has a really unique toolbox and musical outlook. Perhaps his politeness is a coping mechanism to keep Mr. Hyde under control when he’s out of his laboratory.”