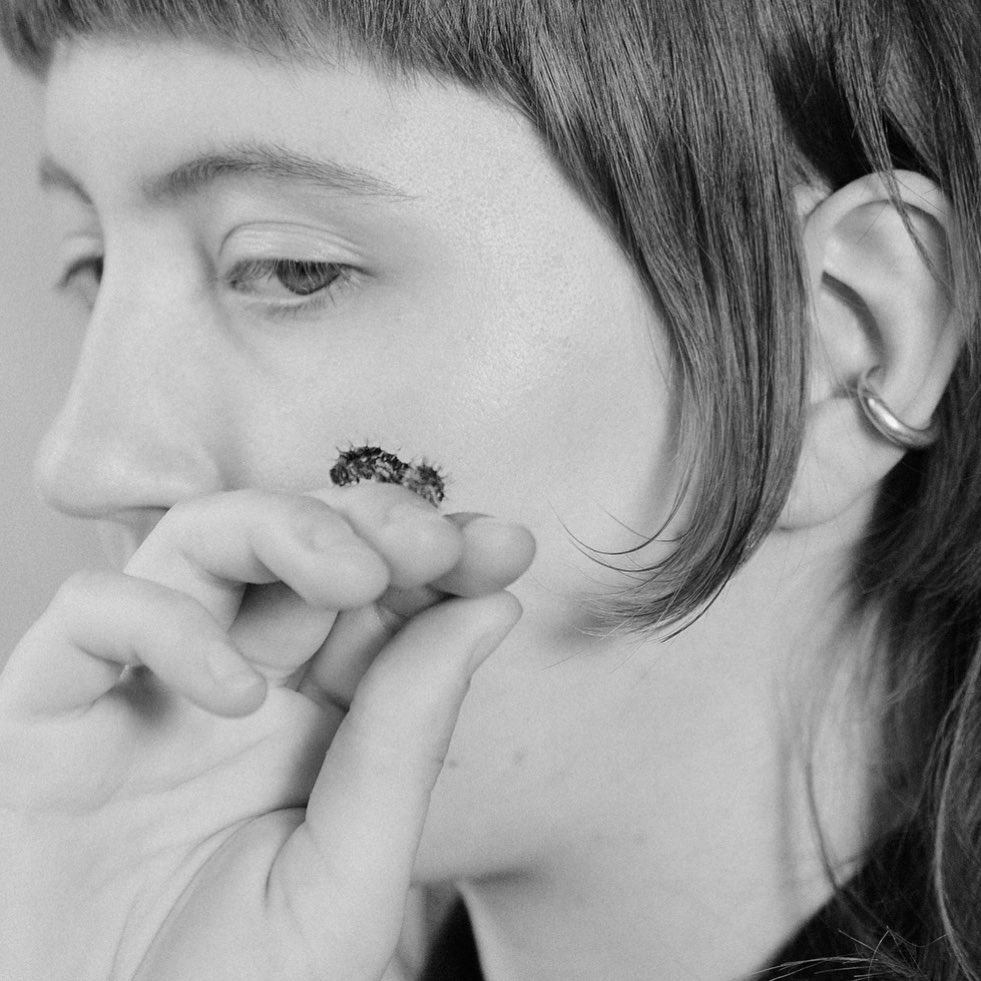 On her new album, Doyle tells a tragic love story, rich in symbolism and nuances, orchestrated with piano, violin and synthesizers and sometimes pulsating beats. Her vocals are intense and varied, sometimes angelic, sometimes rough and threatening. Værmin is movingly beautiful, and yet it also celebrates the perceived ugliness that lives in all of us, but which we like to suppress and ignore. All the songs are named after animals that are considered unwanted pests: leeches, caterpillars, snails and worms. Værmin celebrates their beauty and in doing so also poses a political question: What would happen if we welcomed pests instead of rejecting them? Would we not then arrive at a much richer, balanced relationship with ourselves, with the world around us and with other people? Værmin is a great, wise and catchy album. The songs get stuck in your head immediately, pulling you into their depths: existential music by an extraordinary artist.

Leeches I is the magical opener: a tender voice is bewitching you whilst the music seems to float. Her voice sounds fragile and can go sky high. It’s mesmerizing! Towards the end it all goes crescendo helped by a beautiful piano and her stunning voice. Caterpillar has a higher tempo and sounds a bit eclectic (thanks to the more electronic approach). Snail I goes back to the fragility and the more than marvellous vocals. The music could be coming from the new Nick Cave but isn’t. Snail II has a cool piano and something that sounds like an organ. Mosquito has some humming and vocals that almost imitate the irritating noise of a mosquito at night when you try to sleep, but has also angelic vocals. The song is over before you know it. Crow gets an acoustic guitar and a warm sound mixed with fragile vocals and a good drum. Moth sounds like a moth playing on a piano: flying higher and higher, going slower and suddenly faster: helped by some strings. I like this song and the warm sound. Spider also plays the piano and grows and grows (in power, in sound and also in beauty). Worms is a short and a bit dreamy kind of song. Leeches II brings in some melancholia next to the warm piano sound and the magical vocals. The end goes crescendo! Vermin sums it all up and talks a walk with us in a very musical way. Not sure about the title of the next song but it sounds more like an outro aka pushing the last note: +. The very last song is called Vær min. I hear an organ and percussion next to her great vocals. I sadly understand nothing of what she is singing but it just sounds marvellous and powerful.

Well: it was a nice side step for me as I usually don’t review this kind of music. But as I read all the names dropped at the top of this review I jumped without hesitating and I don’t regret it. I hope you give her music also a spin!