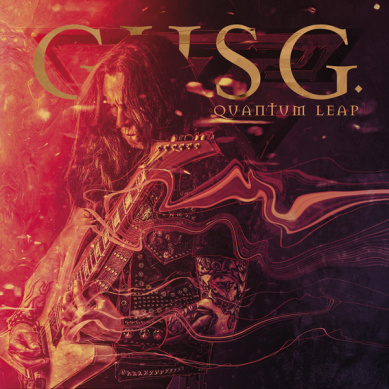 Quantum Leap came together over the course of the worldwide pandemic that, unfortunately, prevented Firewind's self-titled album from 2020 from gaining any real momentum. Immobilized by the quarantine measures that kept him at home, Gus began compiling musical ideas to keep himself occupied, which led to the full-on effort to write and record an album during the summer of 2021 "I didn't make Quantum Leap with the intention of it being the next one in the cycle of solo albums," Gus admits. "It was more of a case of, 'What else is there?' I needed the creative outlet."

Just a few months since the successful album release via AFM, today the guitarist has shared a brand new music video clip for the song 'Night Driver'! Gus comments: "Night Driver is probably the most stylistically diverse song of Quantum Leap. I gave it a synth wave twist and it now has that 80s vhs movie vibe!"

Quantum Leap was assembled in pieces, featuring new compositions and material taken from Gus' "riff vault", where he stores unfinished ideas and revisits them when he's able. The album started as a full-on solo outing, with Gus programming drums and playing guitar, bass and keyboards, but a chance encounter with drummer Vincent Velasco - who volunteered his services and subsequently blew Gus away - opened up the production. Producer / engineer Dennis Ward, who was responsible for mixing and mastering Quantum Leap ended up laying down bass tracks on eight of the 10 tracks.

Unlike many instrumental albums, Quantum Leap doesn't feel like a musical root canal or long and drawn- out brain surgery. Each of the 10 tracks are solid and compact musical ideas, with Gus' guitar acting as the voice. "I really needed to have the guitar taking a vocal approach. I knew that if I just kept the playing technical it wasn't going to be enjoyable. So the playing isn't always about technique, and once I found the formula it was easier to create melodies for the record,“ he reveals.

"I'm a guitar player and I cannot stand most instrumental guitar albums," he adds. "The classic are the classics, but very rarely do I get into them because after the third track it just seems like an endless guitar solo where everything that sounds the same. That's something I wanted to avoid on Quantum Leap and I think I succeeded in doing that."

And without a doubt, he did. Grab your album copy of this must-have solo effort by one of the greatest guitarists in rock and metal, Quantum Leap is available at THIS LOCATION!