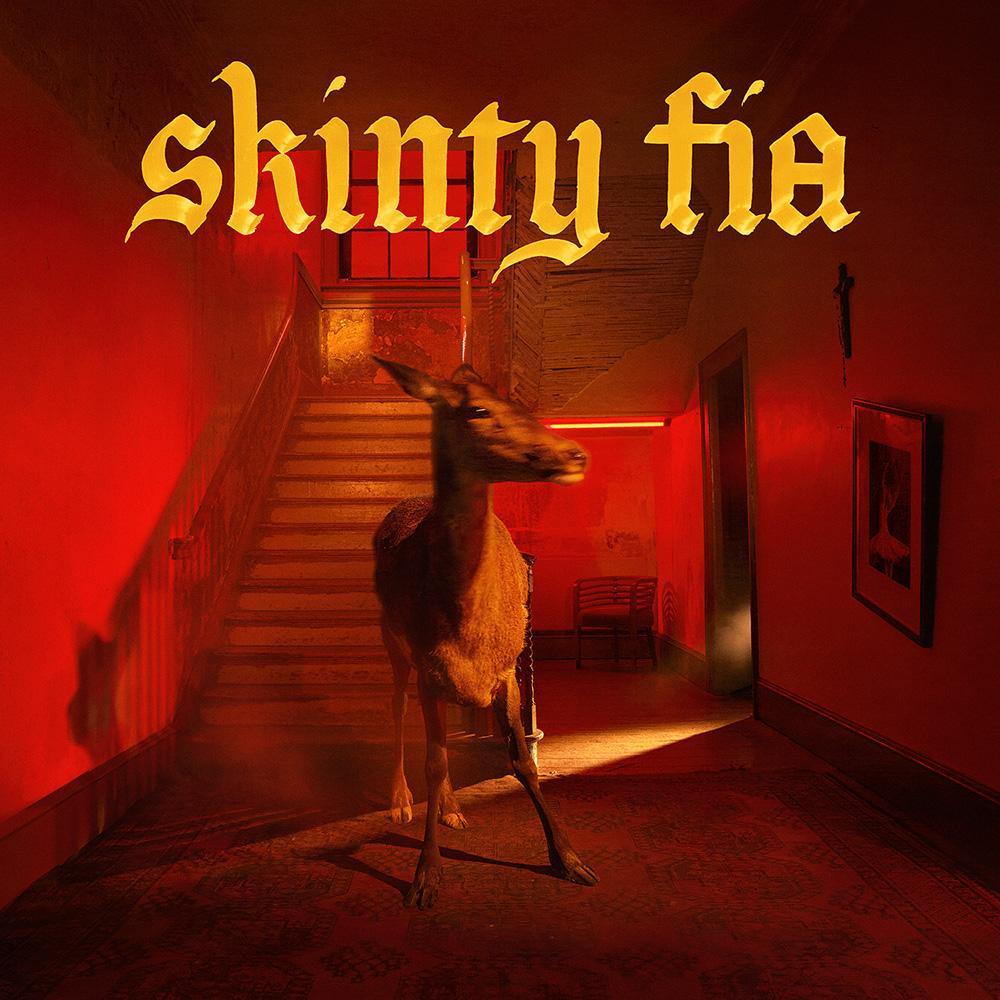 Last month, Fontaines D.C. announced their third album, Skinty Fia - to be released on April 22nd on Partisan Records. The news was soon followed by a performance of first single “Jackie Down The Line” on The Tonight Show starring Jimmy Fallon, as the band debuted the track live for the very first time. Today sees the release of a second song, “I Love You,” taken from the highly-anticipated new album.

Ostensibly a love song, “I Love You” is layered, impressionistic and infused with the band’s trademark intensity. Stitched into the apparently ardent lyrics is a lament for Ireland, in what Fontaines D.C frontman Grian Chatten describes as “the first overtly political song we've written.” Written from the perspective of an Irishman abroad,  the song unravels to reveal a passionate sense of self-loathing. The lyrics detail the guilt of a barroom reveler, enjoying great personal success and a sense of cultural pride, while simultaneously metabolizing deep disappointment, and swirling anger, at the current political climate as well as the country’s grimmest historical atrocities, such as the decades of tragic brutality at the Tuam Mother and Baby Home in Galway: “This island's run by sharks with children's bones stuck in their jaws.” The cinematic music video, directed by Sam Taylor, captures the song’s building intensity; Grian strolls through a serene, candle-lit church before intensely delivering the song’s second half directly to camera with characteristic gravity. He elaborates, “It's standing in the centre of our beloved home country as a multitude of things are brought to tragic ends in an apocalyptic state of affairs. That's how it feels to me, and what I felt when I wrote it.”

Skinty Fia is an Irish phrase which translates to English as “the damnation of the deer” and the album’s cover art features a deer, plucked from its natural habitat and deposited in the hallway of a home, illuminated by an artificial red glow. The Irish giant deer is an extinct species and the band’s thoughts on Irish identity are central to Skinty Fia. For a band whose hometown courses through their veins -  “D.C.” stands for “Dublin City” - the album finds them trying to resolve the need to broaden their horizons with the affection they still feel for the land and people they’ve left behind following a recent relocation to London.

There are echoes of Dogrel’s rumbustious rock ’n’ roll, and the bleaker atmospheres of A Hero’s Death, but Skinty Fia, the third in the triumvirate, is much more expansive and cinematic. Fontaines D.C. are a band in a state of constant evolution and this time the result is an album of shifting moods, startling insight, maturity, and considerable emotional wallop.

Tue-May-3 Toronto, ON @ The Phoenix

4. Jackie Down The Line

7. The Couple Across The Way

Keep up with Fontaines D.C: