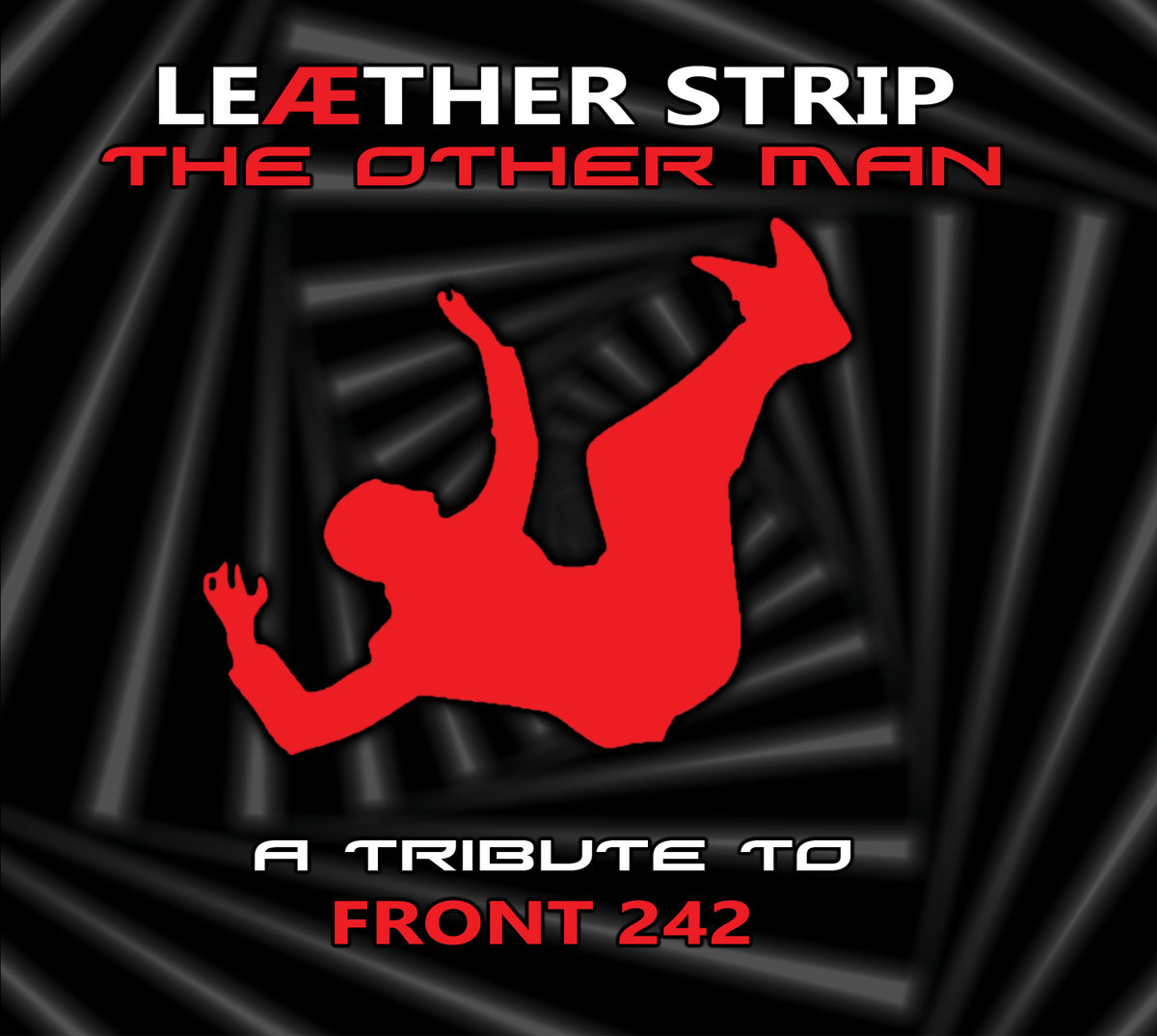 Leaether Strip presents: The Other Man - A Front 242 Tribute (Soundcloud)

Leaether Strip has done a monniker work by recording none less but 52 tracks in one go (26 regular tracks + 26 instrumentals)! This for a special tribute to Front 242! He also picked out some lesser known tracks and I'm sure this will get some people digging deeper into the Front 242 archives! Belgium can be proud of this part of the music history as Claus E. Larsen did a great job covering and reworking the tracks!

Half of the tracks are instrumental version and right now you can listen to some tracks on the Bandcamp page (underneath): Until Death (Do Us Part), Body To Body, Modern Angel, 7Train ...! They are all hard hitters and possible hits! I really adore the new approach, the vocals and the sound! It already feels like a must have for fans of this genre and is without any doubt the best tribute to Front 242 so far!

▶︎ The Other Man - A Front 242 Tribute | Leaether Strip (bandcamp.com)

Claus Larsen has been a very busy guy as he also did some work on the new album from Psy'Aviah: Bittersweet (a triple album to be more correct). Every now and then he launches new tracks on his Bandcamp page, so watch it! Let’s focus on the music!

We start with Until Death (Us Do Part) a lesser know Front 242 track to me. The sound mixes old school EBM with a more modern touch and is perfect for the dancefloor and gigs! Claus has clearly put his heart and soul in it! Next one is a cult track: Kampfbereit. The song is here also being sung in German. The reworked version focusses more on the dramatic feel and with all the stuff going on with Putin this song feels more to date than ever before. Operating Tracks is another known track and sounds as if written by Claus himself! I adore the beats and the more modern touch! Listen also to the second voice! Television Station is another underrated pearl that gets revamped and modernized! Time for a classic killer track and dancefloor filler: Body To Body! You will instantly love this new version with a higher tempo, a modern approach and good vocals! This is a bomb! Masterhit s another cult track and has been performed on stage on regular base. Although this version is great I miss a bit the energy that we get from the live versions, but that is just a minor thing as I really like this reboot version (beating the album version). Moldova is also a known live track and gets here the energy needed to get the same level as the live versions. On top the electronica is simply amazing and the vocals fit like handmade gloves! This is a wow momentum! Soul Manager serves us more beats and a slightly higher tempo. Another hit and great version comes with: U-Men. Put on your dance shoes! Controversy Between is a good song, not as known as the previous ones, but I cherish this new version and hope fans will like it too and maybe also search for the original version! Gripped By Fear is from the same family as the previous one. It’s cool it gets revamped and extra attention. Somehow it reminds me now what is happening in Ukraine. Together sounds pretty much like (NIN) and Kiss (London After Midnight) in the beginning until the vocals pop up. I like it (hell, once again). Get it out as a single and it might become a hit! Don't Crash gets something catchy but also something I vaguely recognize from another Front 242 song. Headhunter when I read this one was also covered I was thinking it would be hard to get it better or even come close to the original quality and my fear became truth: it comes close but misses that extra sparkle. The vocals are top! It’s just that little extra that is missing in the music. More beats or a heavier bass? Not sure, but I can imagine it was not easy covering it. Modern Angel starts really fast and makes it hard to recognize in the beginning and thus makes it a great new version! Quite Unusual is a good one with a nice modern touch and a good tempo. The vocals really fits the song in a perfect way. Slaughter starts with a very dramatic feel and a slow tempo. Sadly it also brings me back to the Ukraine vs Poetin reality, giving it again an actual anthem. Felines is not my favourite track here. The song is a bit too slow. The vocals are good, just missing that extra touch that makes it remarkable. Circling Overland is another slow EBM track with good beats and great vocals. Once again good to hear a lesser known track! Up now to one of the more famous tracks: No Shuffle! The song hasn’t changed much, you just have to get used to the new vocals and the more tragic feel. Well done! Rerun Time is another lesser known track. It’s good we get more then just the hits as I hope other people dig a bit deeper afterwards and listen to the original tracks too! Although it’s clear why this one is not a more famous one: it misses a high tempo and heavy beats or a catchy phrase. Up to a world-wide known track: Tragedy For You. This is party time! Bonkers! Start to dance and enjoy! I just miss a bit of aggressivity in the vocals and wanted lesser whispering and more raging. Take One gets a good version: actually a better one with a modern sound and a good tempo. I like the new sound and the vocals come along well! 7rain is a blast! I really adore this version: it’s hard, heavy, fast, aggressive and sounds really perfect! Claus kept some slower moments to catch up some breath and build up the tension! He did a great job on this one! Kommando brings us back to the battle field with hammering basslines and good beats. I adore this one and the chorus reminds me of another song from a Belgian artist who got influenced by this song. Last one is called With Your Cries and is a pretty unknown song to close this first part. I hear sadness and melancholia, just as rage and unhappiness. All in all it’s a good shot at it.

Well: I enjoyed it and was happy to hear lesser known songs. Some new versions are really top class: pure jewels and ready to conquer the world! I’m really happy Front 242 got this excellent tribute and hope to see them one day all together on stage and see if there is some chemistry between them (and maybe even get it out as a new track)! Yup: I start to dream and for that I have to thank the master: Claus E. Larsen!

Next are the instrumental versions of the previous songs. I’m not into instrumentals, so I’m not going to bore you with my point of view on them, but consider them as excellent karaoke material!

Here the full listing of all the tracks: