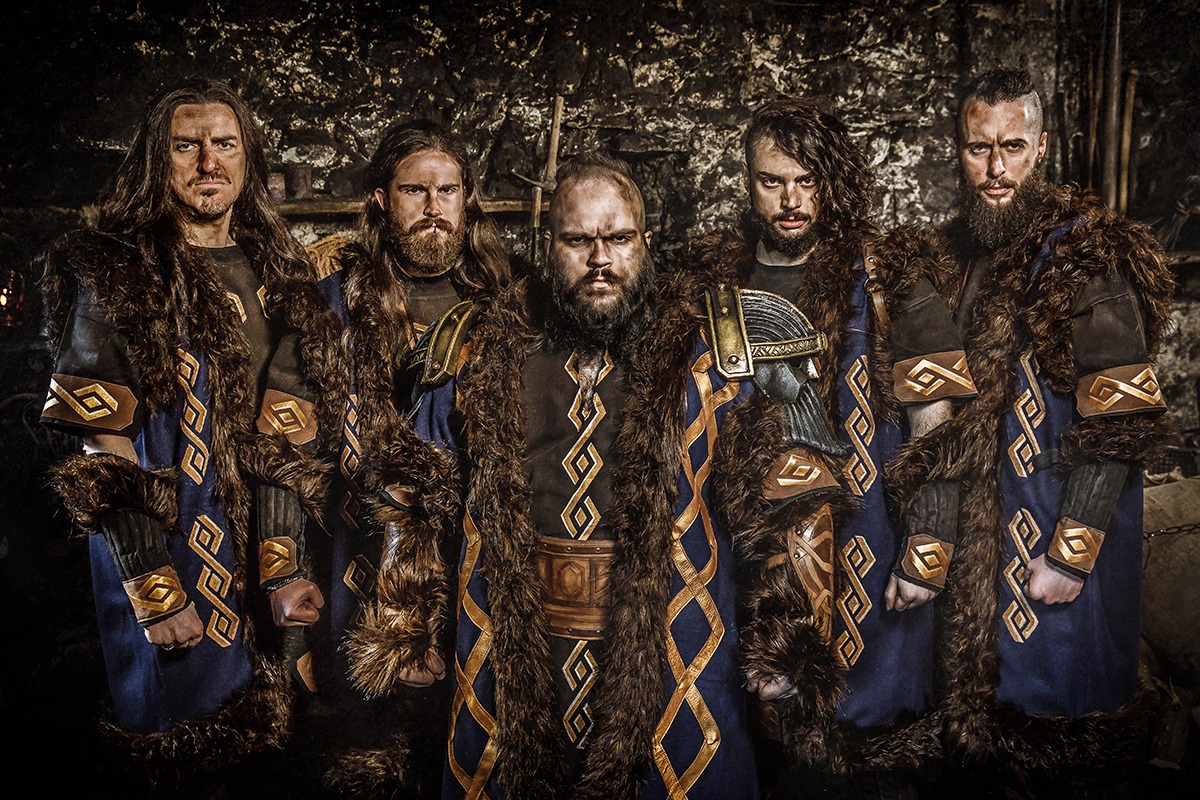 After releasing their epic, highly-acclaimed 2019 album of powerful tales and even more powerful riffs, Wintersaga, power metal’s mightiest dwarves, WIND ROSE, return from the forge – hammering more anthems against the anvil on their new album Warfront, out June 10, 2022 via Napalm Records!

The dwarven power metal army sharpens their axes on the victorious “Gates of Ekrund”, the official first single from Warfront, delivering a first taste of what fans can expect from the new album. With well over 30 million streams on Spotify alone and another 30 million on YouTube for their last album Wintersaga, Warfront is one of the most anticipated power metal albums of the year!

WIND ROSE on “Gates of Ekrund”:
"Dwarves of Ekrund! Finally the time has come, we are back on the battlefield! With pride and honor, we are glad to reveal to the world the first single of our upcoming album Warfront, inspired by the imaginary of Warhammer: Gates of Ekrund. The enemy has arrived, pick up your axe and fight with us... There's no turning back anymore!"

The five-piece from Pisa, Italy – which saw a massive breakthrough with their explosively viral reimagination of Minecraft-themed anthem “Diggy Diggy Hole” (clocking in at over 30 million views on YouTube to date) – resurge with ten heroic songs to prepare for battle. Monumental opener “Of War and Sorrow” makes way for gut-punching “Army of Stone”, immediately getting your blood pumping when the power and folk metal infused hook kicks in – a feat WIND ROSE deftly displays across Warfront! No matter how vast the storm, how frostbitten the winter cold, WIND ROSE’s sense for sensational hooks and catchy riffs, topped by Francesco Cavalieri’s distinct voice, careens them to the forefront of their dark and sinister contemporaries without forfeiting their unique heaviness and grit!

Shortly after WIND ROSE pushes their songwriting to the maximum on the multi-phased “I Am the Mountain”, they swiftly take a step back to build momentum from the ground up before releasing the listener into Warfront’s grand finale, “Tomorrow Has Come” – unmatched battle lore, atmosphere and top-notch production all come together for one of the most anticipated power metal albums of the year! WIND ROSE fully deliver unlimited amounts of dwarven adventures, dramatic orchestra arrangements and pure fun on Warfront – replay value guaranteed!

WIND ROSE on Warfront:
"We are really proud to announce the release of Warfront; it's an important milestone for our career and a big game changer in terms of quality of songwriting and music videos.
We want to give you an ultimate fantasy experience, making it to the next level of epicness and bringing you on the battlefield with us.”