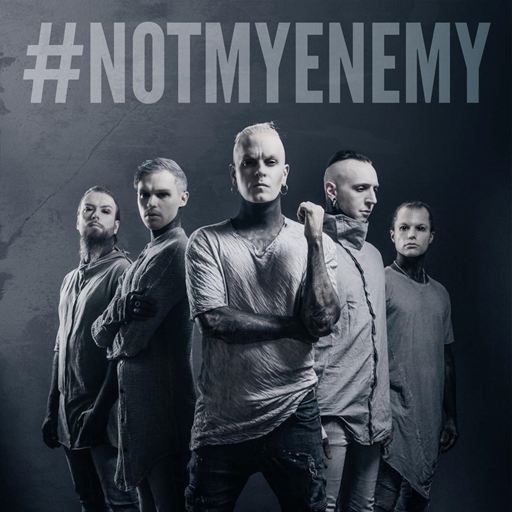 LORD OF THE LOST set a sign for Peace with their new song "Not My Enemy"!

As a direct reaction to the war in Ukraine, LORD OF THE LOST set a sign for peace and international understanding with new music. Shortly after the first attacks on Ukrainian targets became known, the band around Chris Harms set out to express their thoughts and feelings through a new song and to make a clear statement for peace. To release the song as soon as possible, the accompanying music video was shot by the band with selfie cams instead of their usual large-scale production.

Throughout the years, the German band has repeatedly taken steadfast positions on social issues and expressed their solidarity with disadvantaged groups of people.

LORD OF THE LOST WILL DONATE ALL PROFITS FOR THIS SONG TO REFUGEES FROM THIS WAR!

LORD OF THE LOST on the current conflict and "Not My Enemy":

"What's happening in the world right now is not a war of people. It's a war of the authorities. Civilians of different backgrounds are dying and suffering because of this war - inside Ukraine and outside. No human being chooses before birth within which borders they will be born. No border, which is held, moved or broken by the bloodhounds of the autocrats of this world, is worth that sisters and brothers, mothers and fathers hate each other and that innocent children are born and raised into these paradigms and ideologies. This hatred does not begin in a conflict like this, fueled by censorship, information warfare, and fake news - this hatred begins in the minds of each of us, as well as in the comment columns of increasingly anti-social networks. Especially in days like these, as well as in the years to come, it is even more important to understand that the only thing that separates us is what we allow to happen, yet at the core, everything unites us.

This song was created as an immediate reaction from us, shortly after the attack on Ukraine. We produced and released it as soon as possible in the hopes that it would touch and make people think. If even one person is reached with it, it was already worth it.”

LORD OF THE LOST online: