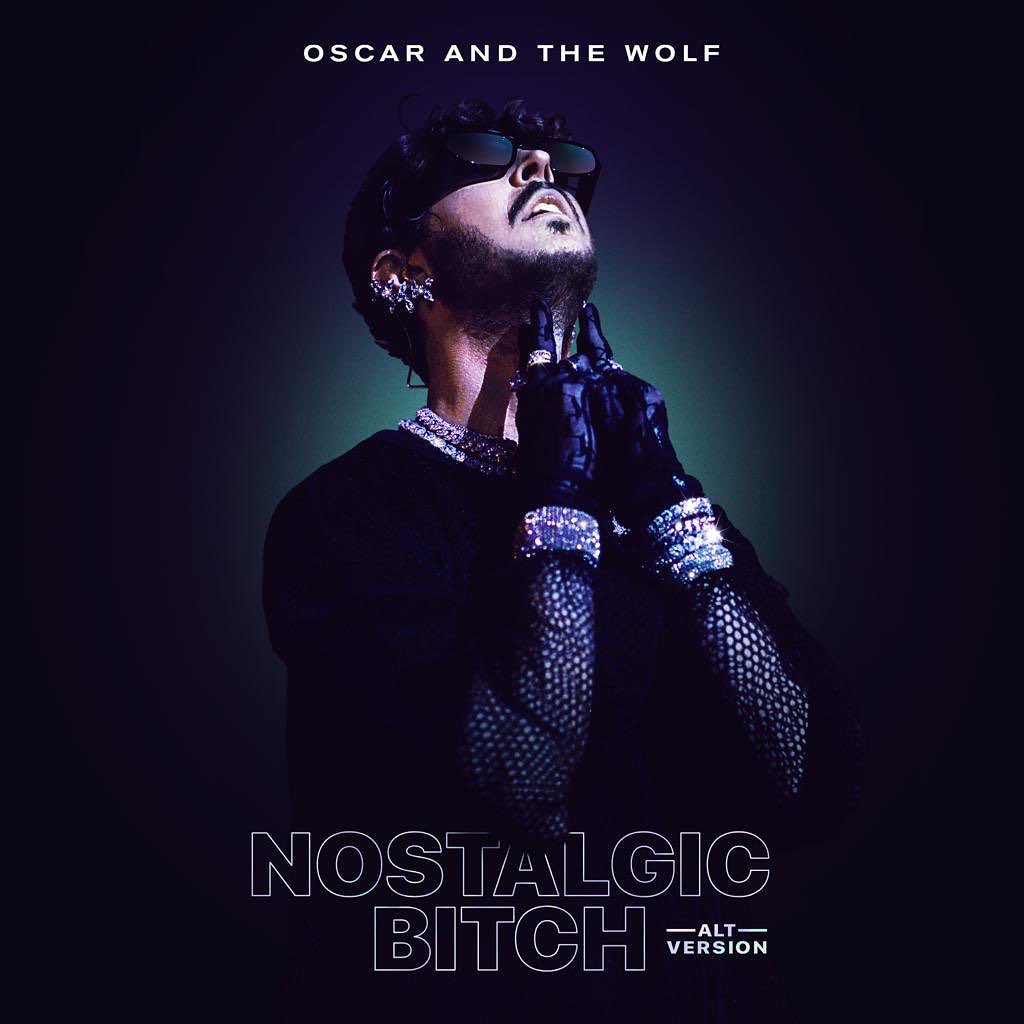 Oscar and the Wolf present their new single and video 'Nostalgic Bitch'!

Oscar and the Wolf today releases his latest single ‘Nostalgic Bitch (Alt. version)’. A slimmer and faster edit that the version that appears on the album, ’Nostalgic Bitch’ is a classic Max Colombie gem. Melancholic and moody but also sparkling with glossy pophooks, nodding playfully to early single ‘Princess’ (the one that started it all…) but packed with an extra dose of confidence.

Colombie has this to say on the song: "Lives can go separate ways, but what once was love, can’t be erased. Now you’ve let me go, I am going to stay under your skin for the rest of your life.”

'Nostalgic Bitch' appears on Oscar and the Wolf latest album ‘The Shimmer’. A stunning collection of songs which sees Colombie’ uniquely dazzling and shimmering fusion of contemporary R&B with European electro-pop sensibilities expanded with haunting and intimate ballads harking back to the very early days of Oscar and the Wolf.

Colombie describes his latest album as “a twilight zone where it doesn’t sound dark nor happy. It’s like the name Oscar and the Wolf; it’s a balance between light and dark, this perfect combination between the sun and the moon. It’s beautiful and scary at the same time.”

The music video is made up by fan shot live footage, assembled over the years. It makes us long even more for the big fireworks pop extravaganza that is Oscar and the Wolf on stage!

Oscar and the Wolf’s official debut, the 2012 EP Summer Skin, showed his talent already full-formed, but truly found his voice in 2014 with the release of his debut album, Entity. Sitting somewhere between dancefloor anthems and slow jams, Entity went 4 times platinum in his native Belgium and quickly jettisoned Colombie to superstar status. He sold out arenas in Belgium and the Netherlands and secured a headlining slot (behind Muse) at 2016's Lowlands Festival before headlining Belgium’s Pukkelpop Festival, where he shared the bill with Rihanna and LCD Soundsystem.

In 2017, the second Oscar and the Wolf album, Infinity, went platinum at home and amassed a huge Middle Eastern fanbase across Turkey (where his 2018 tour sold out in minutes), Egypt, Israel, and Iran. On stage, Colombie cuts a commanding and lithe performance, often garbed in shimmering outfits alongside dynamic lighting displays.

The latest album, The Shimmer, embodies Colombie’s sound and vision in both its title and the album art— which features Colombie basking in the starry light. The album is a benchmark of his transformation to date. Entity was recorded in a barn– “very lo-fi with no access to gear,” he shares, whereas The Shimmer’s bold, rich, and layered dynamics were captured at ICP Studios in Brussels– home to “one of the best live rooms in Europe, with all this vintage gear.” More intimate moments were added to the record at Colombie’s house outside of the city and he adds, “Those magic takes we made just after we’d written something are so special and impossible to recreate.”

By "we" Colombie is referring to producer Jeroen De Pessemier and multi-instrumentalist Ozan Bozdag, who both worked on Infinity (and Bozdag on Entity too). “It’s a magical trio,” Colombie says. “Everyone is allowed to be themselves and to explore themselves. I’m really happy with The Shimmer because I hear a more mature version of myself. I always want things to grow, and I’m proud that I allowed myself to not follow people’s expectations and reproduce what had been successful before. There are no four-to-the-floor clubby pop songs this time.” Instead, The Shimmer most accurately reflects Colombie’s personality. “My emotions run from super-happy to super-melancholic in a split second,” he says. “To me, The Shimmer feels like the soundtrack to a blockbuster, with many types of tracks and themes. It’s always changing.”