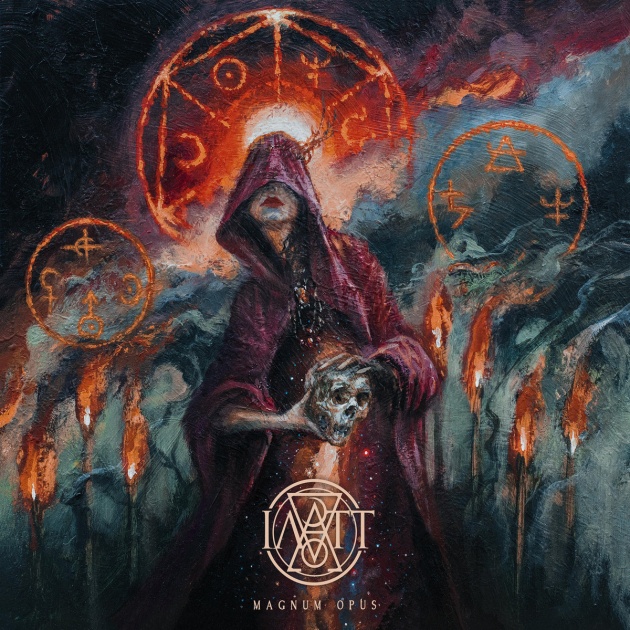 Philadelphia based extreme metallers IATT are gearing up for the release of the band's highly anticipated new album "Magnum Opus", which will be coming out on May 27 via Black Lion Records. After the previously released first single "Seven Wandering Stars" (featuring Jake Superchi from UADA), the band has shared a brand new video clip for the track "Elixir of Immortality".

"From hypnotic bells to crushing buzz saw riffs, Elixir Of Immortality envelopes the listener with each punishing rhythmic hit. An infectious groove that drags you down into the abyss with each dissonant chord; Don’t get caught sleeping when the bell tolls for you.."

Meticulously crafted to pick up thematically where its predecessor left off, on "Magnum Opus" the listener is catapulted from the 1700s (Arsenic Ways) further back in time to a much darker, older world and the esoteric sciences of Alchemy. It was in this time man aimed to harness the world around him, bending the natural elements in a quest to obtain power, knowledge, control, and even immortality itself. Alchemy was the key to unlocking the secrets of existence and elevating one’s self to the pinnacle of enlightenment through transmutation and manipulation of the earthly elements. It was only through the process of Magnum Opus (the great work) that alchemists could harness the elementals in their purest form to create the Philosopher’s Stone - the key to power, enlightenment, and immortality.

Just as in alchemy itself, creating this album has been a journey of transformation; a period of great growth as individuals and as a unit. It’s through adversity, struggles, and the forging of the elements - of literal blood, sweat, and tears - IATT strive to transcend and elevate to their highest self, "the great work", "Magnum Opus".

"Magnum Opus" was produced by Joe Cantamessa and got mixed and mastered by Marcos Cerutti. Stunning cover artwork by Nightjar art of Adam Burke. Furthermore, the album features guest performances by musicians from UADA, RIVERS OF NIHIL, EMPEROR, WINDFAERER + more.

The album is available for pre-order at THIS LOCATION