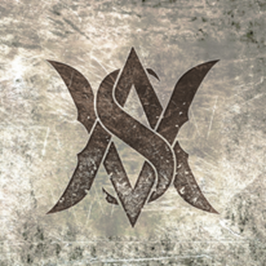 The latest single of the Belgian metal band Aeveris is out now, called Center.Point!

Center.Point out now! The latest release of this Belgian metal-band trades between heavy, swung verses and a forthright, more alternative chorus. Center.Point is the bands catchiest song of the three singles released so far. With the clean and recognizable vocals in the chorus it’s a real sing-along for the crowd.

Center.Point is the final part of the first chapter of Aeveris. With this single, they complete the trilogy with which they introduced themselves.

Aeveris is a five-piece Belgian metalband that saw first light in 2021. Consisting of members of Fields Of Troy, Thorium, Lethal Injury, Always Fallen and Horizons, these five gentlemen joined forces and combined melodic riffing, technical drumbeats and diverse singing techniques to create something pounding and heavy, yet catchy from the first spin.

Influenced by bands like Lamb Of God, Killswitch Engage, Slipknot, At The Gates and Trivium, Aeveris makes a ferocious leap to grab you in its claws and hang on until you’re raw.

In November 2021 the band released their debut single ‘Shapeless’. On January 21st they presented their second song ‘Segregating the Wicked’ which features guest vocals by Svencho DC (Aborted & Coffin Feeder). Now they have released their third “Center.Point” to finalize the trilogy.

Aeveris will be releasing a full album in the second half of 2022. There will be at least two more singles to promote the upcoming album.

Our new single is available on: