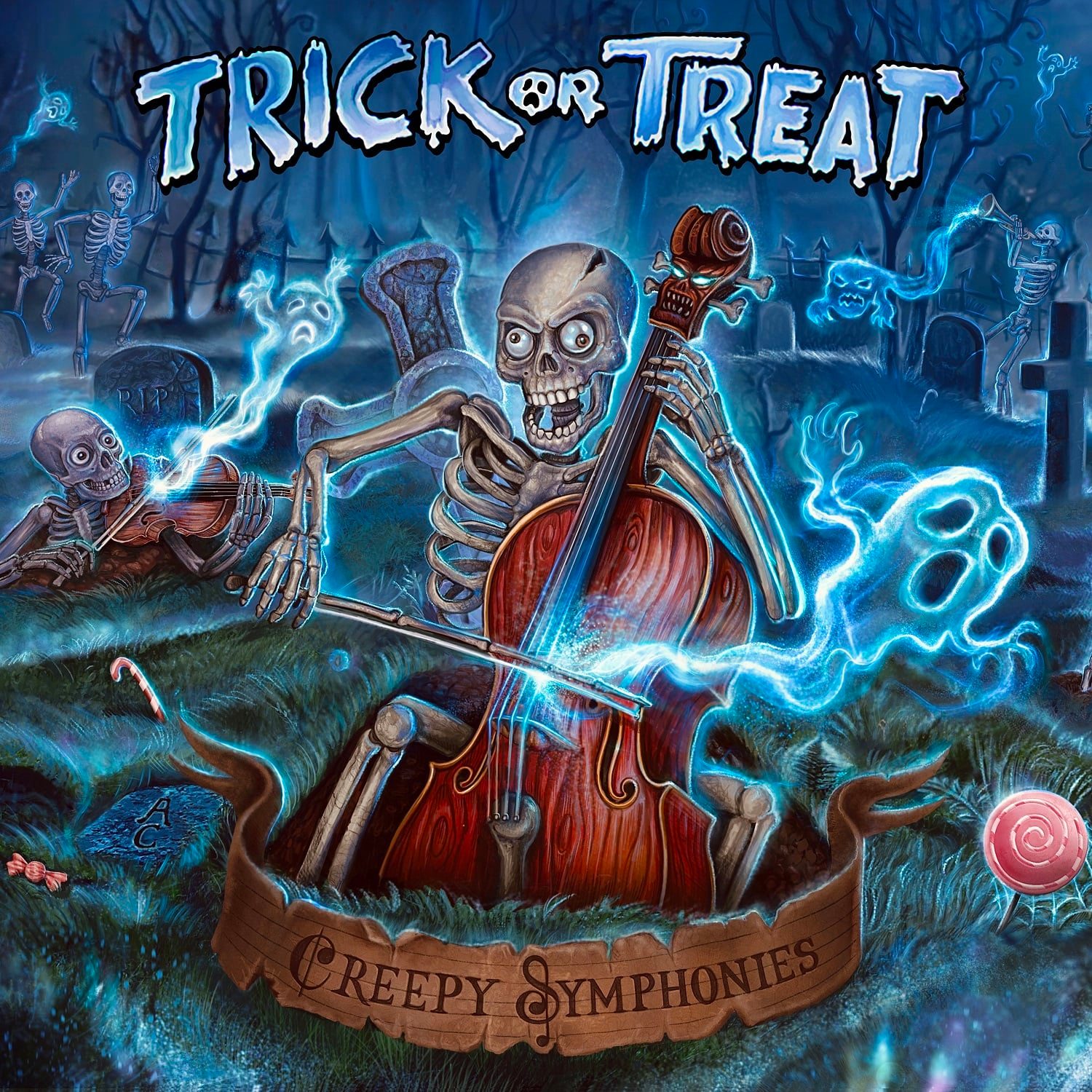 Creepy Symphonies’ is the most mature Trick Or Treat work ever, and their definitive happy metal manifesto. In between speed metal lethal bullets, intense and heartful power ballads and even a monumental 12-minute closing song, we may find the much-needed antidote against a world taking itself way too seriously.

A compelling journey through ten tracks that eviscerate the little horrors hidden in the so-called civilized society. The classic movie & comics monsters are back and, guess what?, now they are more scared than us…. This twisted parallel dimension is depicted in true Trick Or Treat fashion, addressing topics like environmental issues, cyberbullying and social media addiction with an unique uplifting twist.The Italian band remains true to its foundation though, paying the dues to personal childhood’s myths: yep, it’s a very rare and thrilling case of Peter Pan syndrome!

Trick or Treat is the scary opener and fits Halloween and that is off course an inside joke as you know from where they got their name. The real first track is called Creepy Symphony and that’s the title track of this album. The song fits the title and sounds like a symphonic metal track on speed! The guitar solo is succulent, just as the hard hitting drums and the vocals! Halfway we even get a sing-a-long part and I can tell: it’s really catchy! Have A Nice Judgement Day is a good mid-tempo rocker with a sweet tone and vocals that go high and low as if it’s nothing more but a child’s play. Crazy: well how many songs have the same title? Would be a good question. But hey: it’s a cool rocker with some smoking guitars and a catchy chorus. Peter Pan Syndrome (Keep Alive) sums up well on how to describe this band as they always go for stuff from our childhood! All in all it’s a serious song with a good message. I love this song! Music has always been some kind of escape from reality and that is for sure the case with the music from Trick or Treat! Now they also wrote a song about it: Escape From Reality. Be ready to rock and headbang! I adore the high tempo and the hot guitar sound! Falling Over The Rainbow sounds sweet and catchy (with good backings). Queen of Likes focusses more on something actual and shows that the bands moves more and more into the direction of the world of the actual adults. Next to the good lyrics we also get great music: hammering drums, guitars on fire and perfect vocals! April starts like a ballad about Ninja’s falling of skyscrapers. It’s funny and it sounds really good! Some parts of the backings remind me a bit of Queen, btw. Nice ending of the song! Last one is the most epic one and talks about He-Man. If you are into Netflix and have kids it might be you have seen the new series by now and know what this song is about or you must have my age and have seen the original series as a kid or as a youngster! The Power of Greyskull. It’s the perfect track to close this album and will be for sure some fun to play on stage once it’s all possible!

This trip was fun, a bit different from their previous albums but yet I enjoyed it! I hope the fans will follow the same direction as hard as I did! Have fun!