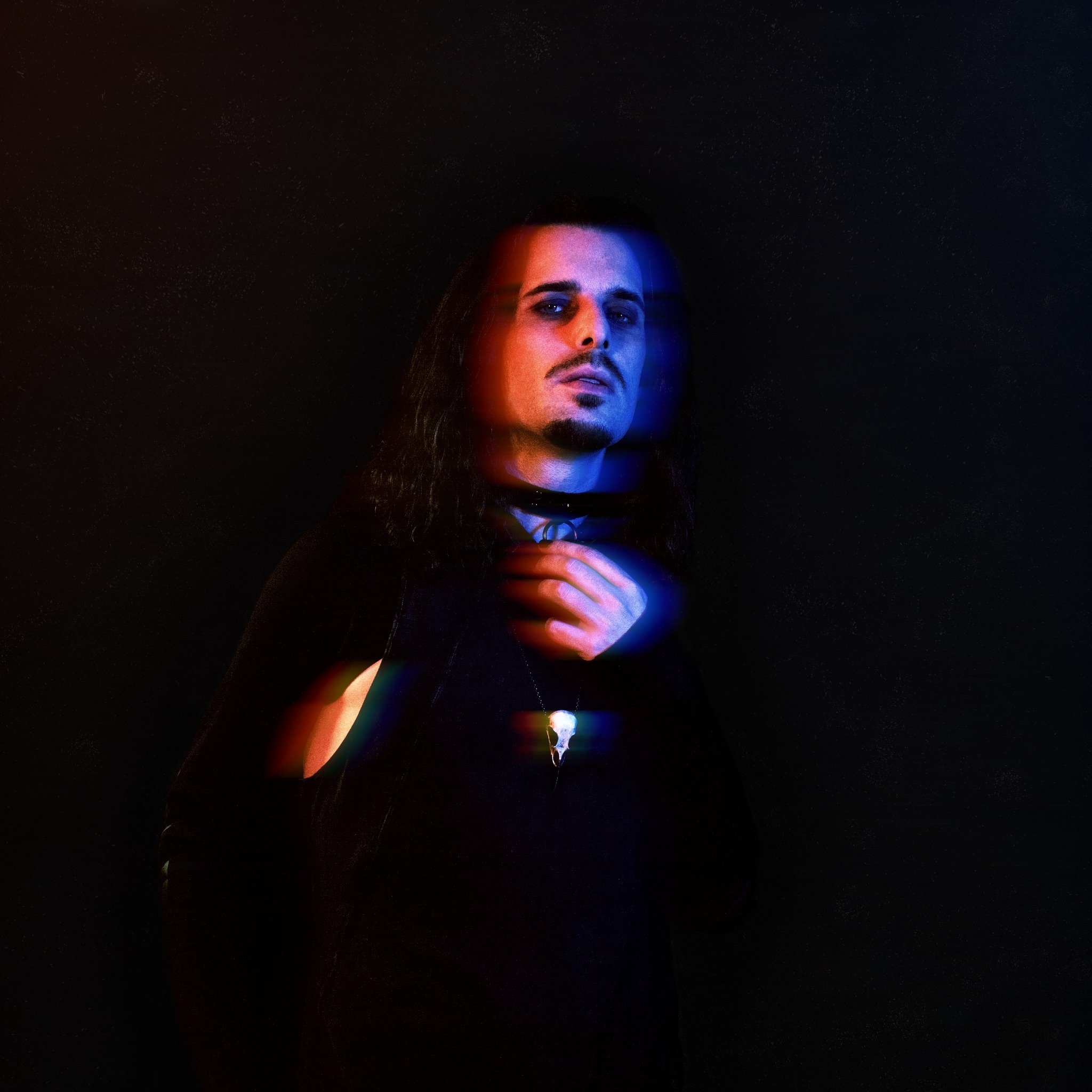 Blending harsh synthetic tones; dark, percussive sound design; and traditional world instruments, a new industrial landscape is being forged in The Royal Ritual, created by award winning sound designer and music producer, English born David Lawrie – and after a successful crowdfunding campaign, the first major release is due for release on May 20th 2022, with the pre-order starting May 6th.

In his own words:

“Debut album, MARTYRS, is a thematic exploration into organised religion, and how it can negatively influence our most basic ethical choices.

Within a short time after moving to the USA my hostility towards organised religion grew. I saw ordinarily good people doing undoubtedly wicked things in the name of religion, and it got to the point where I felt I needed to address it in the only way I knew how – through music.”

Drawing from Lawrie’s work in film as a sound designer, the album contains rich soundscapes as well as foley elements that combine to replace the function of typical elements. For example, instead of a snare drum, Lawrie uses an intriguing blend of gunshots mixed with steel barrels and hydrophonic recordings. This layered approach, combined with live performances of traditional and vintage instruments (such as the Hammered Dulcimer and Marxophone), as well as retro synthesis techniques akin to Vangelis’ work on the iconic Blade Runner, makes for a unique and memorable listening experience. Its roots are industrial, but its branches are organic, even ethereal.

Terrorformingis an intro: you hear a church bell and something like a mix between industrial and noise. The first real song on the album is called Pews In A Pandemic and is a direct response to the hypocrisy of the megachurch culture in the USA during the Covid-19 pandemic. This dissonance is reflected in the unusual 15/4 time signature, heard throughout most of the song. In the beginning the vocals sound more like a spoken word, but more and more you can feel and hear the rage popping up! The song feels like a mix between the old school Nine Inch Nails and the more modern version of Front 242. I must say I like this song, just as the clear 80’s influences. Title track, Martyrs, is written from the perspective of a western journalist in the middle east. It is a direct reference to the dreadful ISIS beheadings that were vicariously experienced by western audiences, in the comfort of their own homes. “Off with his head!” is frequently chanted throughout the song. The pantomime-like feeling of audience participation, diffusion of responsibility, and vicarious desire for pain is mirrored in the reality of the fact that the victims of these atrocious murders were, in fact, numb to the process after months of “dress rehearsals” with their captors. It’s a very special track and to understand it you need all the info from above. Besides that I would have stayed a bit longer in the studio and worked a bit more on the balance between vocals and music in certain passages (but that is only a tiny bit of constructive criticism). I like the EBM minded tempo switch halfway and the guitar play. (Nothing) On The Otherside starts as a mix between EBM and soft industrial with a Japanese guitar touch and real drums (eg. not electronically driven drums) and keeps the instruments roaring until the end (but no vocals here). It’s my least liked track on this album. Life, After is a slow industrial minded track with a spoken word part and some real singing. Halfway it gets more into alternative pop. Empires is another spoken word, with a slow tempo and alternative slices in the sound. It reminds me a bit of the sound from Cat People (the movie version) sung by David Bowie. Model Army reminds me in the beginning of XTC (you know the 80’s band), but it changes slowly into a more dark Gothic/Industrial track with a modern touch and an eclectic feel. I really adore this track! It’s a bomb and should be played by DJ’s! Illiterate Messenger uses again a Japanese touch, drum ’n bass and a slice of industrial. It’s also the second comeback of the eclectic sound! Feel the roaring bass! Finally Free explores the blame shifting nature of those in power and starts with a slice of electronics and a piano and the vocals on the lead. Halfway we get a higher tempo and more instruments jumping in. Once again I get this XTC touch (I really like it, so it’s a good thing)!

Conclusion: It’s an album with ups and downs as it’s also a conceptual and very alternative industrial/EBM minded album. The retro touch gave it a positive balance! It was a nice trip and went further then what I’m used to hear from Industrial minded projects and in this case it was a good thing!

Debut single Pews In A Pandemic was released on all streaming platforms on September 3rd 2021. It was accompanied by a music video directed by Lawrie, under his HARUKO guise, during mandatory isolation. The B-side of the single, a cover of Phildel’s Glide Dog, was released on October 1st 2021, and was also accompanied by a music video that was created in isolation. Both songs, along with exclusive musical and video content, were included on the physical release of the single, on a beautifully crafted, wooden boxed, laser engraved USB stick (limited to 50 units).