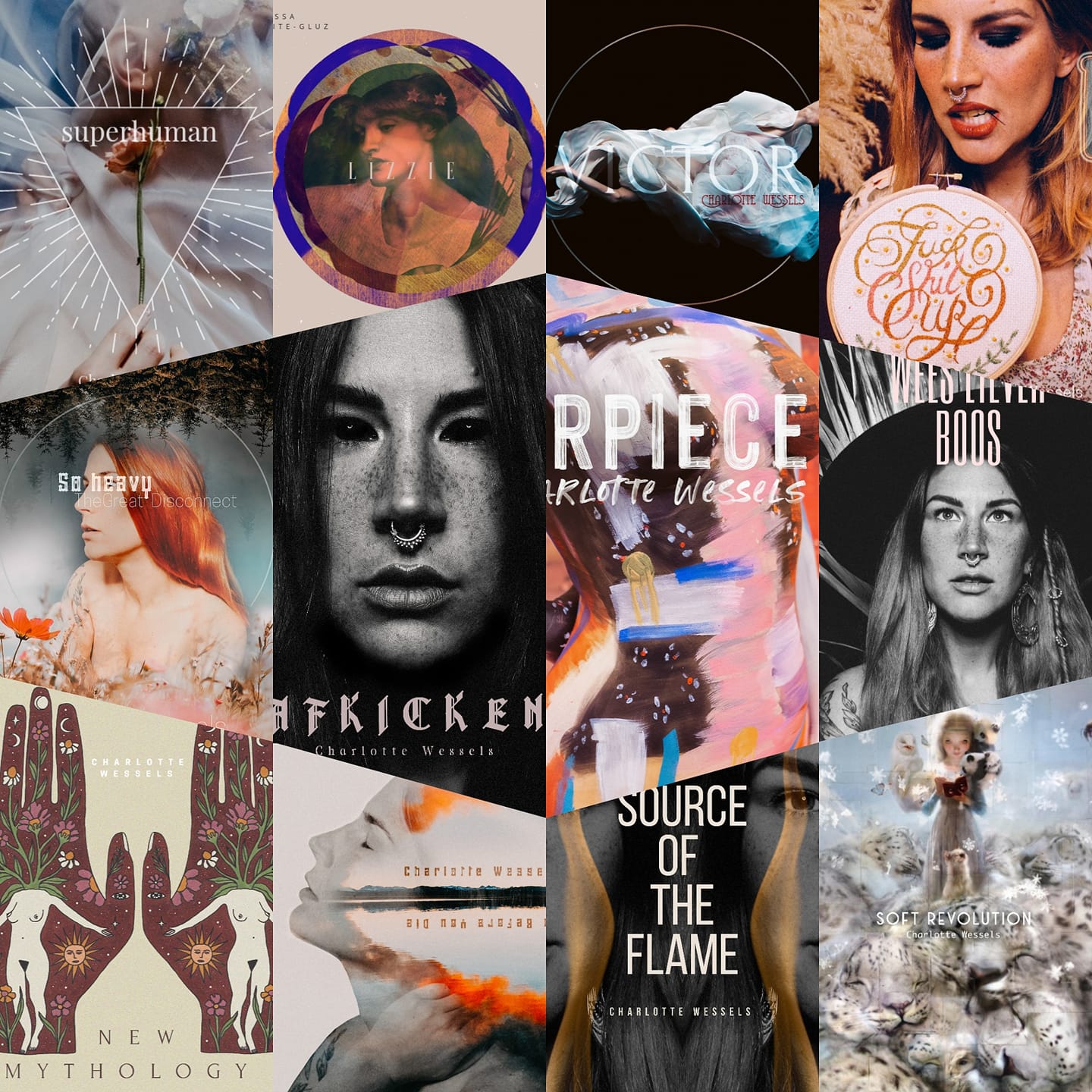 Tales From Six Feet Under, the first solo endeavor of former Delain singer and songwriter CHARLOTTE WESSELS, was released via Napalm Records in fall 2021, and debuts a song in her native language, Dutch rocker “Afkicken”. Today, Wessels' has released a breathtaking new full production music video for the song, which marks the last video for Tales From Six Feet Under at the same time.

“Afkicken”, the compilation's second track, enchants with electronic industrial vibes and a flattering vocal performance while conjuring a hauntingly dark atmosphere wrapping around from the very first tone. It's another inimitable proof of Wessels' multifaceted nature and wide artistic range, heating the anticipation even more for everything that is to come in the future!

CHARLOTTE WESSELS on the song and video:

“From the moment I finished the track "Afkicken" - my very first song in Dutch, I desperately wanted to tell the story of the song's protagonist in a way that transcends language. I'm thrilled about this absolute fever dream of a video full of cults, monsters and murder I've put together with the amazing cast and VideoInk crew. This video isn't only an ode to some of my favorite films; on a personal level, it presented some brand new experiences and challenges, from wild choreographies to some serious shape-shifting. I'm really excited to bring this one into the world!”

Unable to perform live due to the pandemic, Wessels spent most of last year buried in her Six Feet Under home studio, writing, performing and producing an eclectic wealth of songs. Tales From Six Feet Under offers her favorites out of the bunch and marks an electrifying collection with gems ranging from melancholic indie pop to synth-infused rock. The record features Wessels’ rendition of Goth classic “Cry Little Sister”, as well as a beautiful synergy of the stunning voices of CHARLOTTE WESSELS and  Alissa White-Gluz on “Lizzie”. The mesmerizing and haunting “Victor” was released in April this year along with a visually palpable music video. “Soft Revolution” showcases the artist right where the magic happens; in her Six Feet Under studio. The song - part sweet sorrow, part soaring call to action, is quickly becoming a fan favourite.

Get your copy of Tales From Six Feet Under NOW

Tales From Six Feet Under - Live in Concert

CHARLOTTE WESSELS will bring her work to the stage on October 23 at TivoliVredenburg - Ronda, in Utrecht, NL, for her first and only live show so far: Tales From Six Feet Under - Live in Concert. Get tickets HERE.