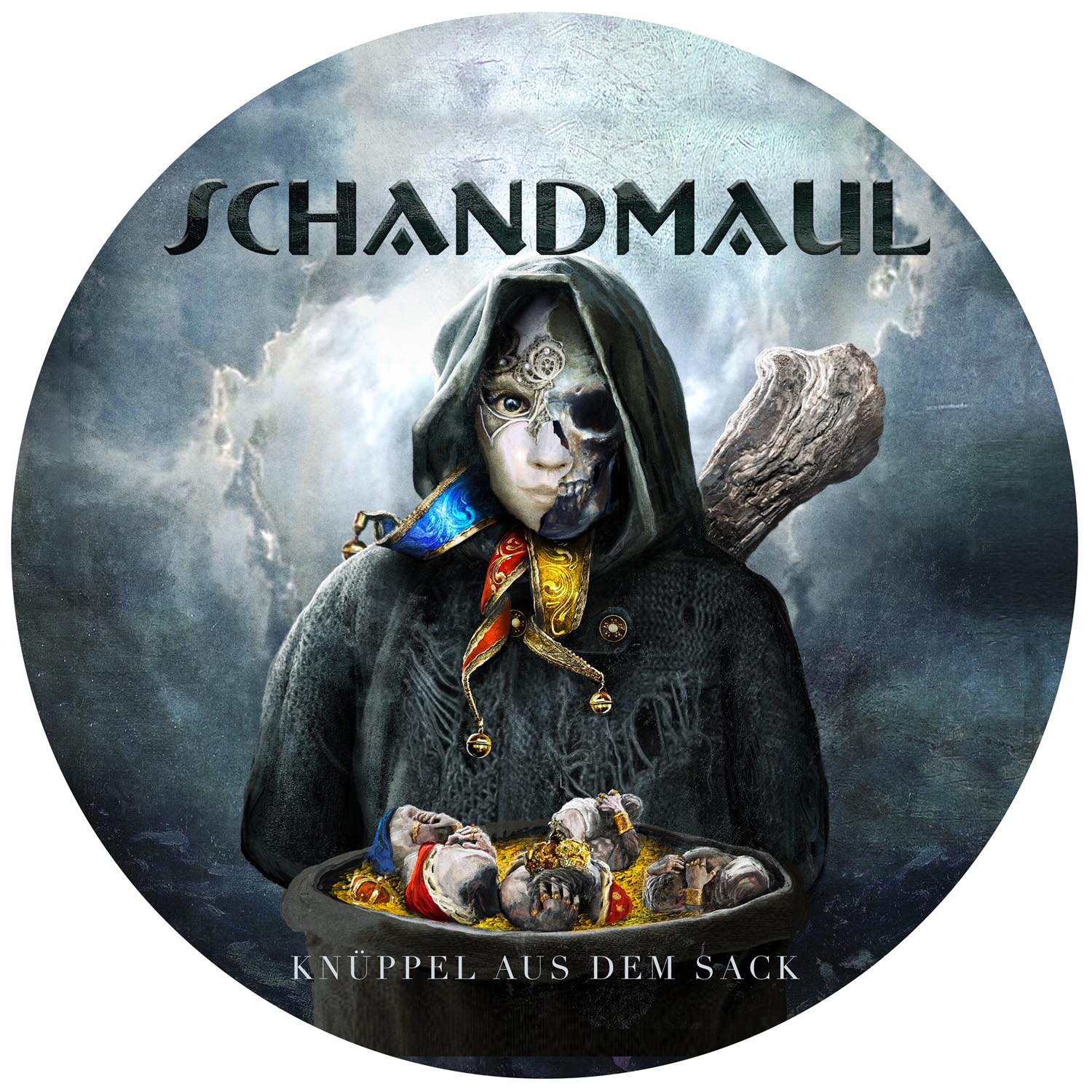 German medieval folk rock greats SCHANDMAUL will release their upcoming 11th full-length, Knüppel aus dem Sack, out June 10, 2022 via Napalm Records.The adventurous new offering once again demonstrates the unit's inimitable talent as songwriters and storytellers and invites everyone to enter a thrilling and captivating world of sound. Today, the third single and album closing track “Niamh” opens the gates to the aforementioned ride.

A gripping interlude presented through medieval instruments paves the way for the distinctive vocal offering of Thomas Lindner, who immediately manages to bring stories to life in once mind through his remarkable talent of presenting words like a cinematic happening. Additionally, “Niamh” is highlighted through an atmospheric official video that captivates the spirit of the band and heats up the anticipation for upcoming live shows.

Thomas Lindner on “Niamh”:
“'Niamh' is a journey into the world of Irish legends and myths, into the land of eternal youth! 'Heart, what do you desire more?', one would like to ask.
But mankind would not be mankind if we were satisfied with something. So we strive for more and the story takes its course...
A song to dive in and let yourself be carried away!”

With six top 10 albums on the German charts (with their 2016 highlight Leuchtfeuer reaching #1 and most recently, 2019's Artus, at #2), successful tours and numerous festival appearances, as well as millions of streams on digital platforms, SCHANDMAUL have proven that they stand at the top of their genre with good reason. Since their debut, Wahre Helden, released in 1999, SCHANDMAUL has been a reliable force of top-notch, high-level folk rock full of exciting, captivating storytelling, performed by genre-trademarked instruments such as bagpipes, hurdy-gurdy and folk flutes, all topped with the unmistakable skills of vocalist Thomas Lindner. With the title of their upcoming masterpiece, Knüppel aus dem Sack, the Munich-based outfit refers to a fairytale by the Brothers Grimm, "The Wishing-Table, the Gold-Ass, and the Cudgel in the Sack" (original German name: “Tischlein deck dich, Goldesel und Knüppel aus dem Sack”). Knüppel aus dem Sack shows the band at their undeniable peak as songwriters, storytellers and entertainers and embodies another high that is not only directed to die-hard fans but to everyone keen on diving into the magnificent universe of the German frontrunners.

SCHANDMAUL on the album:
"With the eleventh album we announce ourselves loud and clear back after the forced silence!" (Thomas Lindner)

"The new SCHANDMAUL album is really on fire and with the first single we literally take the "cudgel out of the sack"! Look forward with us to a fantastic video, and that we can finally rock together again at concerts. We have the music for it in our luggage." (Stefan Brunner)

“Out of the cultural lockdown, out of the cold of winter, out of rigidity. Time to go out again, to meet and move. To new music, peacefully united. May the album be a ray of hope, especially now in these sad times. Peace." (Matthias Richter)

Get your copy of Knüppel aus dem SackNOW!
Dive into the band's unmistakable sonic universe, where sounds of medieval times harmonize with modern influences and create catchy anthems, as only SCHANDMAUL can create it. Atmospheric bustle "Königsgarde" (featuring guests FEUERSCHWANZ and Saltatio Mortis) sets off a brilliant firework and proves – along with tracks like the haunting "Niamh" and the buoyant, cheeky performances "Das Gerücht", "Der Pfeifer", "Der Quacksalber" and “Glück auf!” (featuring Fiddler’s Green) – that there is a hit lurking at every corner of this exciting offering! Another collection of haunting stories awaits with "Der Flug", "Tatzelwurm" or "Der elfseitige Würfel, allowing you to escape from everyday life and lose yourself in a sonic universe of words and music. Packed with atmospheric folk rock, SCHANDMAUL’s Knüppel aus dem Sack is yet another exclamation mark and sparkling jewel full of lightheartedness and bewitching adventures in their almost 25-year band history!