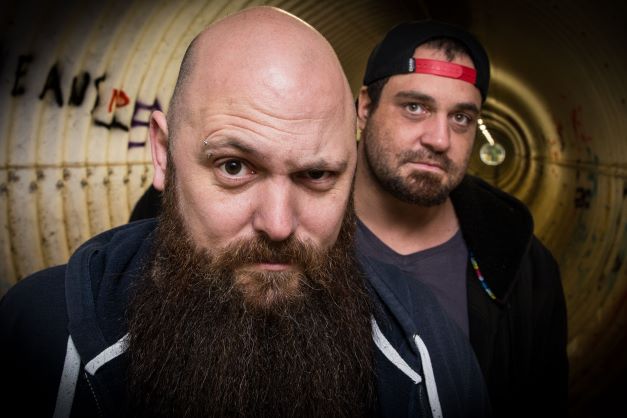 Yeah, Sick!: Australian Hardcore/Metallers to release new album 'Set to Devour U All' in June

The debut album from Australian Hardcore duo Yeah, Sick!, due for release on the 26th of June, is set to melt your face off!.

‘Set to Devour Us All’ is a 9-track blend of metal and hardcore punk, that is sure to take you back to the stylistic roots of 90s nu-metal and 00’s hardcore. Along the release off artwork and tracklist, the band  released today the music video for the first single ‘Living Hamburger’.

The duo, featuring vocalist/bassist Liam (Frosty) Frost-Camilleri and drummer Benito Martino, have put together a series of sing along tracks that deal with modern day issues such as veganism, conspiracy theories, a zombie apocalypse and a living hamburger who is set to devour us all. Sometimes serious, sometimes teetering on the edge of comedy in their lyrics and themes, Yeah, Sick! are hitting the ground running with no sign of slowing down.

With the first single ‘Living Hamburger’, Frosty has described the track as “such a fun idea for a song. Imagine running from a hamburger big enough to swallow your entire family whole?! I just love the idea,” and Martino states is “Without a doubt, it is the silliest thing I’ve ever played. Difficult, but just so silly and fun”.

The album, ‘Set to Devour Us All’ is availible for pre-order on their band's Bandcamp page.