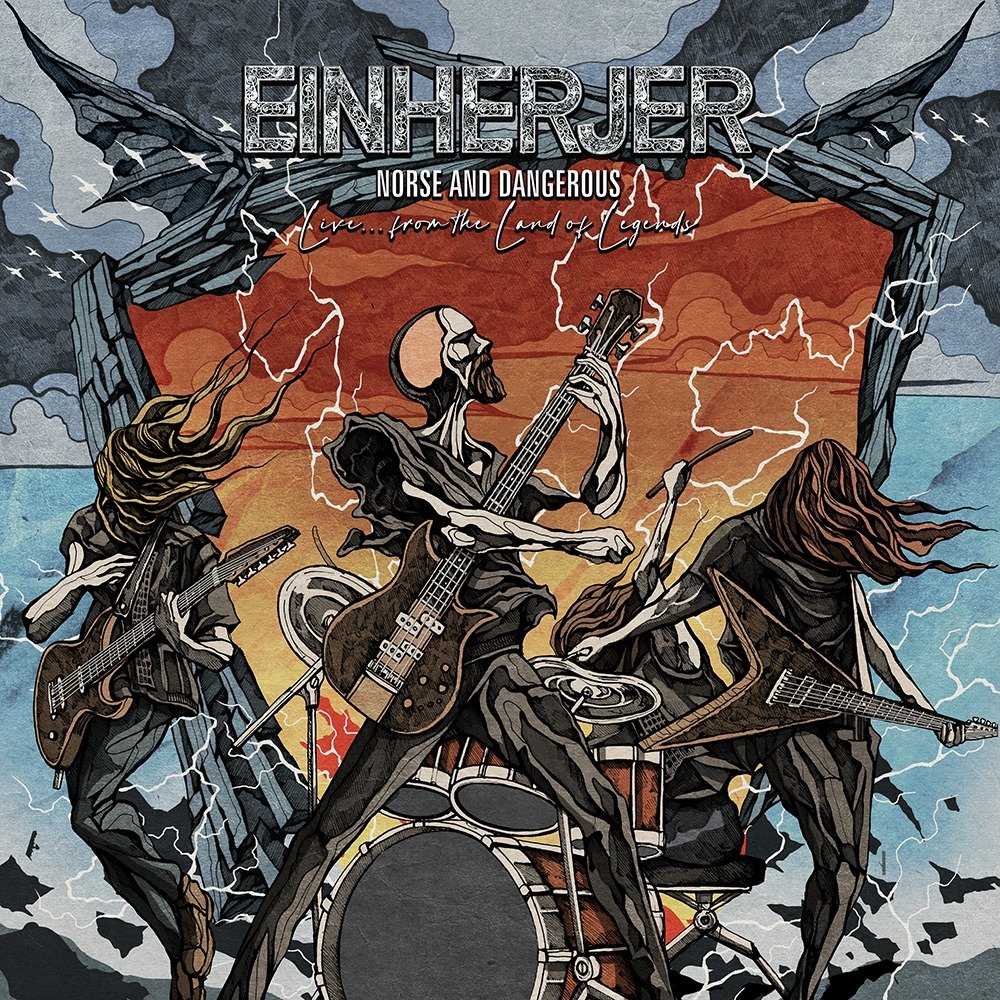 Entering the last powerful round before its release, EINHERJER reveal the third single from their upcoming live album, Norse And Dangerous (Live... From The Land Of Legends). “Dragons of the North” stands as one of the band’s trademark songs. Originally released over 25 years ago on their debut album, Dragons of the North (1996), it offers powerful, husky live vocals and heavy drum and guitar elements, marking another featured staple of the band.

Norse And Dangerous (Live... From The Land Of Legends)was recorded in the band’s hometown of Haugesund in February of last year at their North Staralbum release shows, and follows the release of said full length, which was acclaimed both by fans and media.

World-renowned Norsemen EINHERJER have returned to unleash their fantastic, grim sound once more! Founded in 1993, the metal veterans have spent nearly 30 years making their mark on the Viking metal genre with eight studio albums and two EPs. This year, the band even reached another benchmark, earning a nomination for a Spellemann Award – the most important music prize in their home country of Norway!

Norse And Dangerous (Live... From The Land Of Legends) sets off with great opener “West Coast Groove” from their most recent studio album, North Star. Next, “The Spirit Of A Thousand Years” showcases EINHERJER’s technical songwriting sophistication with the finest guitar solos, while “The Blood & The Iron” offers bursting, intense energy and “Kill The Flame” lures with its characteristic riffage. But the band doesn’t stop with more recent songs! After visiting several other favorites, the band soon returns to days of yore with tracks like “Dragons Of The North” and “Ballad Of The Swords” from their 1996 debut full-length Dragons Of The North, before closing with turn-of-the-century banger “Ironbound” and classic tune “Far Far North”. The live contrast between their formative hits and more recent orchestrations clearly proves that the band has remained true to themselves throughout the decades, continually delivering an authentic sound.

EINHERJER on the live album Norse And Dangerous (Live... From The Land Of Legends):
"With no gigs in a year and new blood in our ranks, we recorded the two hometown release shows just to get an idea of what we sounded like live in 2021. It only took one listen to realize that our fans would appreciate this as much as we did. EINHERJER live is an energetic experience. We want to let everyone hear that, so here's our first live album, recorded live on our home turf in front of many familiar faces. The document of a great evening!"

Pre-Order “Norse And Dangerous (Live... From The Land Of Legends)” NOW