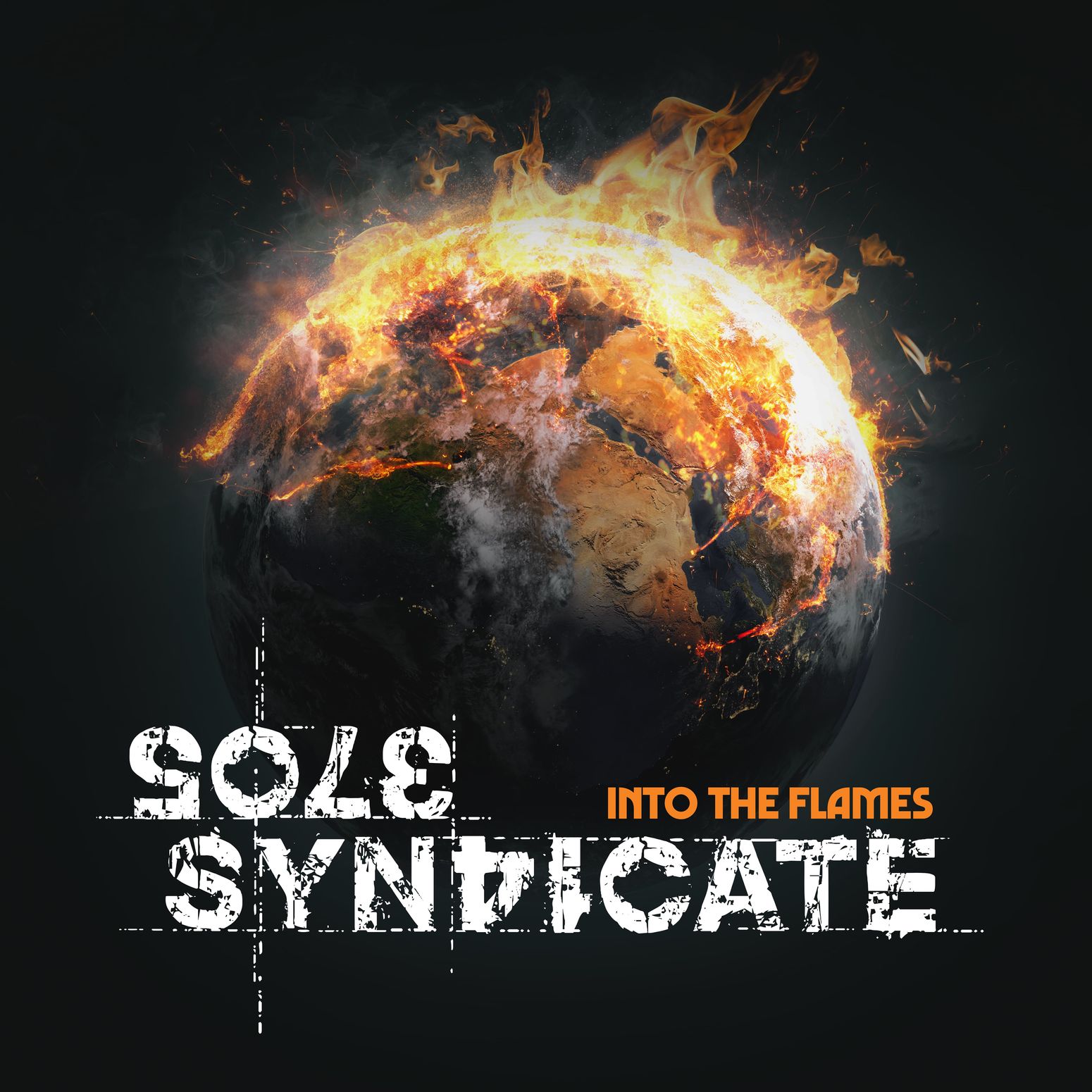 Bridging the gap between traditional European roots and modern American sounds, Sole Syndicate knows well the secret of all the greatest, past’n’present-hard’n’heavy bands: every song counts. ‘Into the Flames’ is a darker and heavier record than its predecessor (the brilliant 2020 classic hard rock affair ‘Last Days of Eden’): earthquaking riffs & tasty solos, roaring vocals, some great melodies and a thunderous rhythmic background represent the foundation of each track. Once you listened to the album you'll be hooked and addicted to it!

The lyrical theme of the album is quite gloomy and leads the listener on a journey into the human mind, taking pulse on everyday life. Sole Syndicate is not a political band, but they are not afraid to write and sing about the state of things – war, mental health, environment and social injustices.

Forsaken is the opening track and starts with drums bombing us with next to that some sharp guitars. The vocals sound really, but a bit dark. Remember what I said about the lyrics? It already starts with the first track! The chorus is catchy as hell too!

Count To Zero is a very melodic rocker with a stadium rock sound, excellent guitar play and a touch of 80’s metal.

Brave Enough builds up slowly and becomes a hard rocking track with enough fuel to keep you rocking until the end of the song!

Shadow Of My Love is some kind of mellow ballad/love song. I have a feeling it can be used as a slow during old school parties or put your lighters/mobiles with lights on during gigs.

Miss Behave starts a-cappella but pretty fast changes into a hard rock song with great vocals on fire! The chorus is really catchy and strong, kudos for that!

More sharp guitar play comes with Dust of Angels mixed with a bit of melancholia. Towards the end the sound becomes a bit sweeter, despite the lyrics.

Sunset Strip is a stone cold rocker with a sad story (at least if I got it good).

Do You Believe sounds catchy and has a good message for the fans. The more you listen to it the more it becomes a sing-a-long song! I’m sure this one will sound great on stage!

More sweetness comes with In The Absence Of Light.Freaks Like Me has again something catchy whilst it also rock in a great way!

Back Against The Wall is a heavy hitter with a melodic sound. It’s the kind of song you should perform whilst in a filled stadium!

Into The Flames starts nicely and has good clean vocals and remind me why I choose to review them again (although they are not as popular as I hoped). I would describe this song as good rock metal with a synth in the background. It’s also the last song on this album and makes me feel like: is it already the last one? Wow! Push repeat all!

I really enjoyed listening to the whole album. I didn’t notice any fillers and a few killer tracks! The more you listen to it the more you hope the album will be received in a good way! I really hope they reach out and get a lot of positive feedback and double their fanbase as they deserve it! The album gets a place in my playlist and has been spinning for weeks (just needed time to get it all right and put the review online).