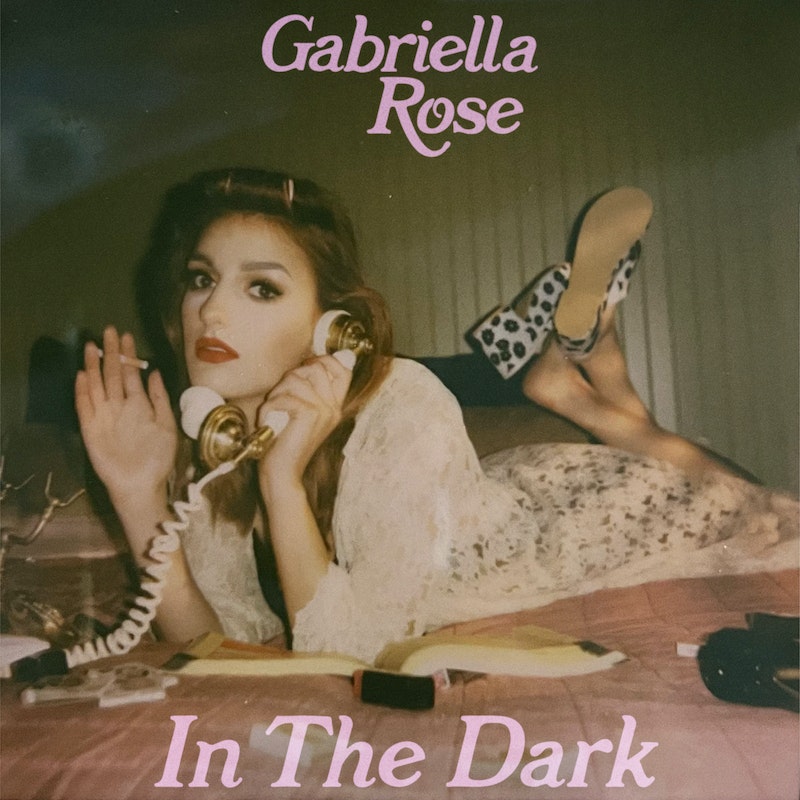 GABRIELLA ROSE captivates on her debut video/single “IN THE DARK”!

September 13, 2022 (Los Angeles, CA) — Singer-songwriter Gabriella Rose has emerged with her debut single/video “In The Dark,” set to appear on her soon-to-be-announced debut full-length via Coeur D’Alene Records. Throughout the track, and evident across her 10-song album, Gabriella Rose captivates with her sultry vocal delivery and poetic prose injecting “In The Dark” with a solemn melancholy reflecting her truth and archetypal tragedy of a troubled past. Her debut single, “In The Dark” pays homage to classic cowboy-pop artists such as Johnny Cash and Dolly Parton while offering a fresh approach to Americana.

“Once in a while, you’re lucky to come across someone with a one-in-a-million voice and a story to tell,” David shares. “Gabriella Rose is that artist—plain and simple. We were so blown away that we signed her immediately and got in the studio to make her debut album. Our entire team is behind her and excited to see what the future holds.”

Comprised of layered, vintage effects and visuals, Gabriella Rose’s debut, noir-pop video to accompany the release of “In The Dark” highlights her old soul and her most authentic self. At just 20 years old, “In The Dark” emphasizes her maturity and “explores jealousy, paranoia, and the insecurity that is too often present in personal relationships,” Rose explains.

The video for “In The Dark” was directed by Ron Ridenour and edited by Lexie Alley. The track was written by Gabriella Rose, produced by Jeffery David, and released via Coeur D’Alene Records.

ABOUT GABRIELLA ROSE:
This past spring, Americana singer-songwriter Gabriella Rose was eager to forge her own sonic path and create music that not only felt like it resonated with her soul but would speak to the souls of her listeners. Through her carefully crafted ballads and a unique culmination of cowboy pop, Gabriella’s rejuvenated approach to her sound and determination to flourish following the release of her 2019 EP Lost In Translation, has resulted in her debut album. While Gabriella has a small discography that exists for day-one fans, her new sound and releases represents Gabriella’s genuine self that she only recently discovered after struggling to become the strong, young woman she is today.

Resetting her mind following her previous releases, Gabriella began to hone in on the sound and words that felt authentic to her—regardless of what came in the creative process and who she might upset. With the support she needed in her corner, she embarked on the tumultuous and, oftentimes uncomfortable, journey to find her voice—one half Johnny Cash and one half Fiona Apple—an eloquent fusion of folk, Americana, pop, and a little bit rock ‘n’ roll. Soon enough, she began closely collaborating with producer/songwriter and CEO of Couer d’Alene Records, Jeffery David (Echosmith, Seal, Zedd, For King & Country, Mat Kearney), and signed to his freshly launched record label.

While “In The Dark” is an introduction to Gabriella Rose’s sterling-coated sound dripping with sophistication and sincerity, her debut also acts as a window into her world through her storytelling, songwriting, and singing.

“The message of the album is metamorphosis,” Gabriella settles on. “When I wrote these songs, I was going through the most difficult year of my life. However, recording and producing them was incredibly cathartic, especially with ‘Empty House.’ Despite the difficulties over the past couple of years, I’ve grown more as an artist, I’ve found my voice, and I’m ready to be open and vulnerable with that. All of these songs reflect chapters in my life, from finding love to struggling with mental health, to experiencing heartbreak, and most importantly: healing from the past and doing something productive with it.”

Gabriella Rose’s debut single/video “In The Dark” is available everywhere to stream.