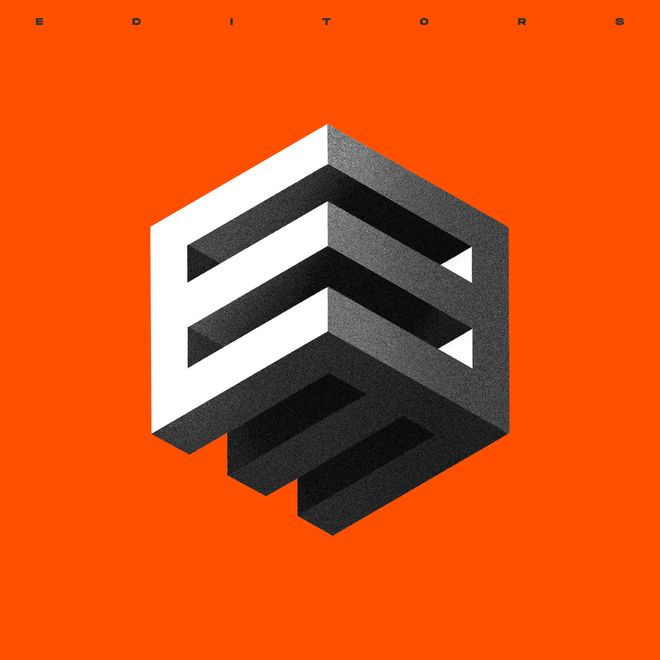 Editors announced details of their seventh studio album EBM, out 23rd September via Play It Again Sam. That was the call out for me and I started reviewing it back then. The new album will be the first with new band member Benjamin John Power, aka Blanck Mass, who was announced as a full time member last month with the album’s first single ‘Heart Attack'. A second preview is available in the form of ‘Karma Climb’, a stomping new single that pairs ghostly atmospherics with stadium-level anthemia, out now accompanied by a dynamic live video.

The six piece have also announced an European tour taking place in October. Known for their compelling live presence, the tour offers Editors the chance to test these new tracks in the live spaces for which they were intended, as Power explains: “There is a strong physicality to this record. EBM started its life with the intention of connecting with people and filling a very physical space. There is also however an emotional physicality running throughout; An urgency and a sense of panic. An unease. Even in its more tender moments there is a yearning for connection.”

A band who have never stood still creatively, EBM is a breathlessly heavy step up and Editors’ most leftfield material yet – a thrilling, unrelenting thrust of full-bodied electro-industrial rock. The album title is an acronym of Editors and Blanck Mass but also a knowing reference to Electronic Body Music, the potent sound that originated in the 1980s and which has hugely influenced Editors’ new material, where the synths of bands like Nitzer Ebb, Front 242 and DAF hammer darkly amongst smoke machines, strobe lights and the smell of leather.

Power’s addition to the band meant that, for the first time, the song structures weren’t coming from frontman Tom Smith, with him and further band members Justin Lockey, Elliott Williams, Russell Leetch and Ed Lay receiving files to tinker with and flesh out in the studio when they eventually regrouped. “Ben has certainly been a shot of adrenaline in our creative process,” says Tom. “The songs are so immediate, and in your face.”

EBM kicks off the next era of one of the UK’s most intriguing and enduring musical success stories. All 6 of Editors’ studio albums over their 17-year career have charted in the UK top 10, with 2 scoring number 1’s, and their debut, The Back Room, being shortlisted for the Mercury Prize. Their latest tour saw them play their biggest UK headline show to date at OVO Arena, Wembley in 2020, signalling their ever-growing audience. Their successes have been just as impressive across the channel, regularly selling out tours and headlining festivals throughout Europe and beyond, as the below European Tour dates highlight. Arguably the key to their longevity is their ability to consistently evolve their sound, whilst remaining uncompromising in their vision. This next chapter proves Editors are continuing the trend.

Heart Attack shows from the start that this is indeed a more electronic minded album, with indeed some slices of EBM. Yet we still hear some guitars and real drums (in the world of EBM live drums are not really in). The vocals (Tom Smith) also sound a bit different from what I’m used too (nearly no melancholia). The song is a good song, but it needs some time to grow on you (or at least on me). On the other hand, it’s great that a band like Editors still changes and grows. They could have kept it cheap and easy by producing the same kind of style over and over.

Picturesque has an eclectic feel, but misses a bit the strong drive needed to make it really explode. I feel like the vocals could take a stronger take, but it’s as if somebody asked to keep it low.

Karma Climb has already been launched as a single and is the strongest and most catchy song on the album! I have been spinning it a lot and really adore it! This must be also a hit on stage! This song is a good mix of their new sound and their classic style! I also adore the way the vocals sound. This song is the prefect mix between genres like pop, rock, new wave and especially EBM!

Kiss has a nice 80’s touch with the synthesizer who plays an important role. You will also hear some other electronic components. Tom’s voice sounds pretty high at some point. I feel some kind of spring vibe in this song, but miss a bit the typical spring outburst. The sound is a bit too much polished: I miss the raw edges. But it’s for the rest a great track with a good sound.

Silence makes Tom play with his vocals: going deep and mixing it with high notes. The tempo of the song is overall pretty slow. It’s a slow grower, so give it some time.

Strawberry Lemonade has the focus on the beats and the drums. The sound is almost eclectic. I miss a catchy passage, next to the great moments within this song. The guitar sound is excellent and gives the song that extra drive!

Vibe gets cool backings that gives the song a boost every time you hear them. The chorus is ok, but could have been built up a bit stronger.

Educate gets a happy spring feeling if you only listen to the music. I miss a power-punch in Tom’s vocals when it’s time for the chorus, for sure when the song gets a more eclectic touch.

Strange Intimacy has a nice 80’s synth/pop sound mixed with some harsher guitar play. The chorus is ok. I feel this could be a good track to close the regular set and end with some fireworks and yes, I feel it has the potency to become a single (and why not the next single)!

Well: it’s always nice to hear that a band grows/changes and doesn’t go for the easy road. There is still some space for improvement. I heard excellent singles and some try outs. I’m pretty sure the next album will be better. I just hope I wasn’t too hard in my verdict (as in reviewing it track by track). The global sound is ok, but like I said: it misses here and there some power or a sparkle.