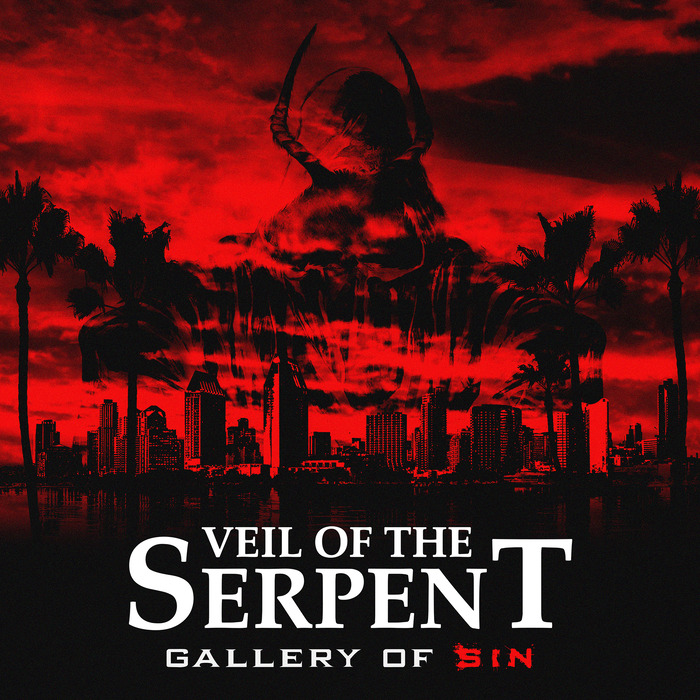 VEIL OF THE SERPENT unleash new single "Profiling A Demon" from upcoming EP!

Heavy metallers VEIL OF THE SERPENT, hailing from Germany and the USA, just released their brand new single"Profiling A Demon". The track is taken from their upcoming horror story EP, "Gallery Of Sin", which will arrive on October 31 via all major streaming platforms. The song serves as the first glimpse from the forthcoming EP and is basically the first part of the frightening horror story the band created for their debut record.

VEIL OF THE SERPENT is a multi-national heavy metal band that was founded in 2021 by guitarist Gene and his son Felix. The two mooted the idea of working together in 2020. One year later they found a very talented singer in JD Stafford who completed the band’s line-up. The goal of the band is to forge dark melodies, gripping rhythms and powerful vocals into one sound.

While writing and performing good music is one part, creating and adhering to a marketing and business strategy is an equally important element to a band’s success. From the beginning VEIL OF THE SERPENT attached great importance to these components. Visuals, management and the band’s marketing are handled by drummer Felix, while singer JD Stafford is working on the lyrical content and guitarist Gene is taking care of the band’s sound as main music writer and recording engineer. All of their tracks are self-produced.