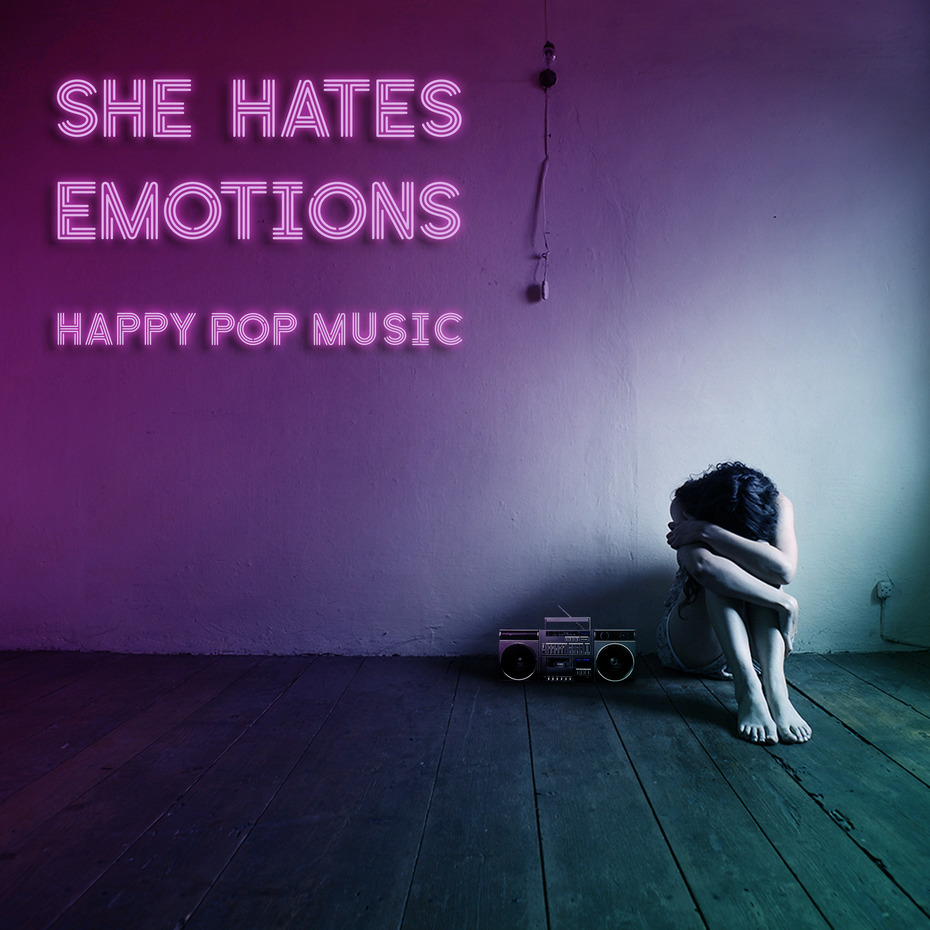 She Hates Emotions - Happy Pop Music (Out Of Line Music)

The "Melancholic Maniac" is back, and all fans from Chris can now rejoice! Chris Pohl, leader of Blutengel, takes us on a melodic trip into his own musical poetry album: 80s romanticism with playful synths and an irresistible wave appeal. An atmospheric journey through space and time by and with She Hates Emotions.

These were the times that shaped the artistic path of Chris Pohl (Blutengel). With She Hates Emotions, Chris pays tribute to the influences with his music. "Of course, I expand on the first album and wrote very minimalistic songs that are however very catchy and exude a lot of 80s flair without wanting to sound frantically like back in those days. The title "Happy Pop Music" is ironic, as I again tackle sad topics like loneliness, the search for the meaning of life, depression, fear of getting older, or even the destruction of the earth by humankind. Just by the more high vocals and the minimalism, I clearly differentiate myself from Blutengel with this."

Chris confirms: "Precisely! There is ONE German number on the album, just like on the previous one! The rest is sung in English. Furthermore, I took the liberty of doing two 12inch mixes, as was the common practice in the 80s. The album cover is once again adorned by "SHE" sitting sadly in the corner and thus the artwork also runs like a red thread through the SHE cosmos..."

She hates emotions (Intro) sounds like a typical 80’s space synth pop song and yet with a modern touch but without any vocals.

Space & time has already been notified as a single and has indeed a cool 80’s touch and a bit of a catchy feel. It’s very clear that this is Chris’ new playground and he really puts all his heart and emotions in it!

This ain’t good is also single material: has a catchy sound and a good melodic touch. I even think it has dancefloor potential! It’s a cool modern version of the 80’s!

She takes control has a high tempo and might be hard to perform on stage, but it’s a fun song with a good vibe!

The one I love is a slow grower with electronic drums and a typical 80’s sound, but once in the right drive the song becomes really great and enjoyable!

A second chance sounds nice and could make it on stage as part of the shows. I feel this song has clearly potential as a single too!

Another step into the future has a catchy part and sounds like written for Halloween (spooky sound). I also adore the breakdown and build up! This is clearly single material!

This is the end sounds like written to end a live show and has a good tempo and enough schwung to get the audience along! The breakdown could be used to make people clap hands before relaunching the song!

Meant to be alone has a Gary Numan touch, mixed with old school electronic drums (like Technomancer). I can hear the crowd sing along with oh-oh’s! I can hear the potential!

No time to waste has a good tempo and might be the perfect opening track for a live set: as it will put the roof on fire from the start and urges the fans to have fun from the start! The song is a great synth pop track with the logical 80’s influences but also a modern approach!

Ich will hier weg is the only song sung in German (see above). The song feels like as if Chris is really happy to sing again in his own language and puts all he has into this song to make it shine! Mission accomplished! This song should be released aa single in Germany!

Well I feel Chris really enjoys this trip and has put his heart and soul in it! Haven’t seen it on stage, but I’m really getting curious and why not on the next edition of W-Fest in Belgium?