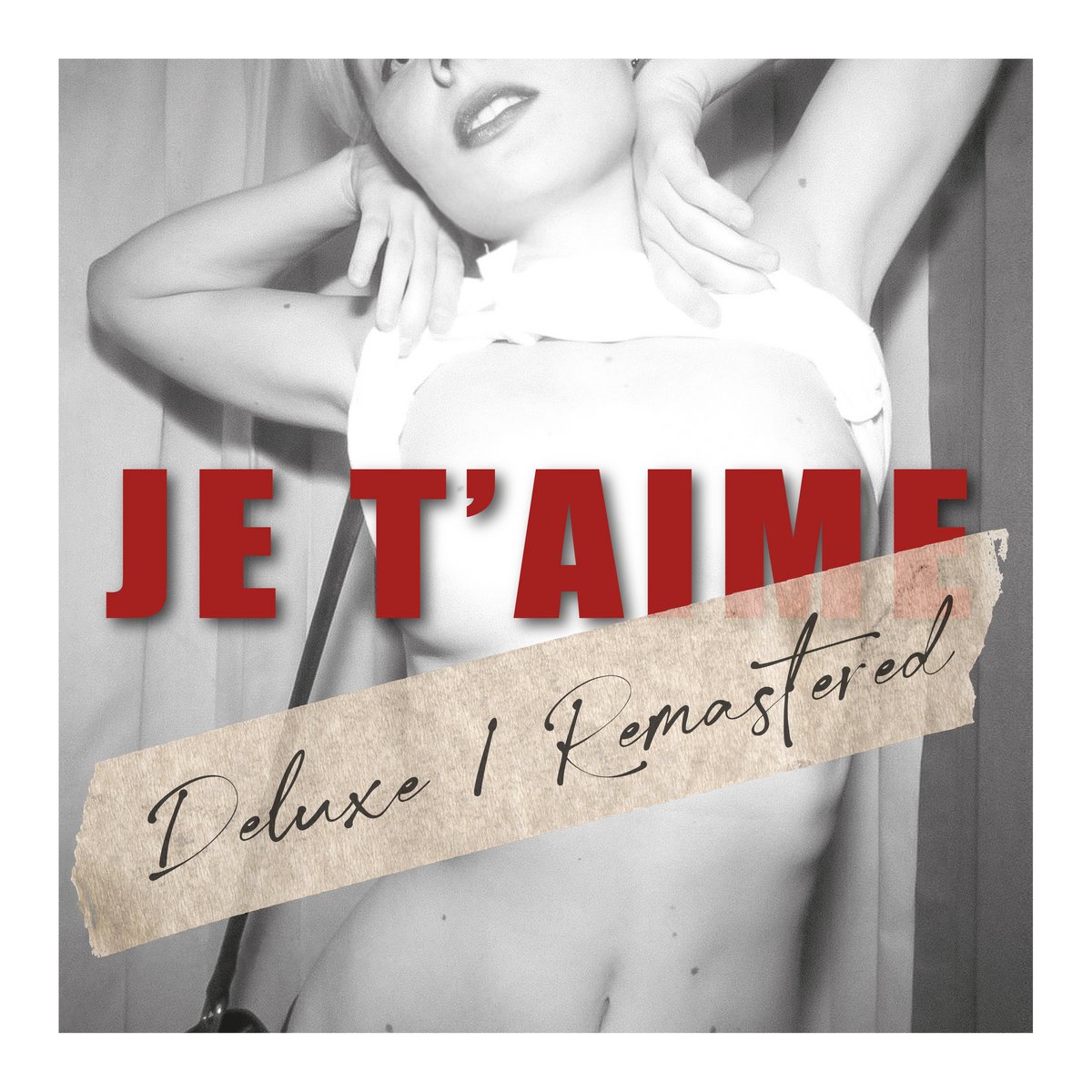 Somehow I missed the first album of this cool French New Wave/post punk band! I loved them so far and couldn’t resist reviewing this remastered album + extra live tracks (as I also missed them on stage so far). Time to get it going!

The album starts with The Sound a typical 80’s minded track with a cool bass and a nicely sounding synth. The vocals merges together with the music whilst Anaïs Novembre puts in some extra backing vocals. I really like this one as it brings back the best of the 80’s! I feel like being young again and want to start dancing! I just started my review and I’m already using all the positive feelings.

The Flying Dutchman puts a bigger focus on the bass and lead guitar but the special effects from the synths are also cool. The tempo is perfect.

A Million Suns has great backings who give the song a catchy touch. Next to that the leading vocals also gives it some cool ooh and aah’s. Once again the bass and the synth render the best way of the song!

Fuck Me is an excellent, catchy and all fired up track with cool female backings (Marion Parfait & Anaïs Novembre)! It’s a real smasher! I’m sure this is also on stage a hit!

C++ is a short bass driven track with extra help from the drums and synth. The global sound has a geste of melancholia.

Satan's Bitch is a cool electro wave track with strong backings. The sound is pretty catchy and perfect for the dancefloor!

Hide & Seek has a slow tempo and vocals that are more into gothic whilst the synth gives it a minimal wave touch. Towards the end it gets more into electro (with some Front 242 effects) and gets even a bit bombastic.

Merry-go-round has a cool up-tempo drive thanks to the percussion and the synth. The vocals sound a bit like whispering whilst the song changes more and more into an EBM track mixed with a melancholic voice.

Spyglass starts like a retro EBM track but slows down after a bit and gets more into some kind of dreamy synth pop track.

Watch Out! Is the last regular track of the original album and starts slowly with some kind of American touch in the sound. It’s like as of the band has been playing for hours and still needs to play this last one whilst all the energy has been played off for hours and the sun is almost up. Only the hardcore fans are left. It’s a strange song to end an album with. I like the guitar play and the mood of this song.

With A Shovel (Bonus track) is the only real new song on this album. It’s a soft song with good guitar play and a slow synth. The more electronic parts show that this band can go into different directions.

Next are the extra tracks taken from the Live gig at Gibus:

Satan's Bitch sound sin the beginning like a typical Cold Meat Industry track but gets more and more beats. It’s a great intro. Once all the electronic components are the direction of the song changes. The recording really sounds professional! Good choice to use this one as a starter!

The Flying Dutchman keeps the fire going and is a good choice as a second track as it raises the tempo and spreads the heat! The bass at some points sounds like inviting the crowd to clap their hands whilst the vocals afterwards are really on fire!

A Million Suns shows off how good the guitar play is (even slightly reminds me of Reeves Gabrels). The Oh Oh’s really works well in this live version, just as the bass guitar!

Hide & Seek slows down a bit the tempo and sounds like a very emotional song in this live version.

Watch Out! Starts with a cinematic Twin Peaks/Hooverphonic (Jackie Kane) touch. I prefer this live version above the album version, clearly as it sounds better in this version!

C++ brings in 100cc of raw energy. I adore this live version that blows off the roof and puts the crowd on fire!

Spyglass sounds live like an old school New Wave track that made it on stage!

The Sound brings in some Front 242 feel on stage, mixed with some melancholic post punk and clearly 80’s new wave minded guitar play.

Dance comes just like in the album after the previous song and shows why they fit so well together. It’s the last bomb of this excellent live show (with only one album to pick out track for their shows). I really adore the ending and the final icing on the top of an excellent cake! What a show, what an energy and what a sound!

Je T’aime is clearly an French excellent electro/Post punk band. Their debut album is indeed really strong and tells me now why they good launched so fast and got so high and far! The extra live album is worth it and clearly tells me what I missed so far! I hope to see them on stage one day, soon! 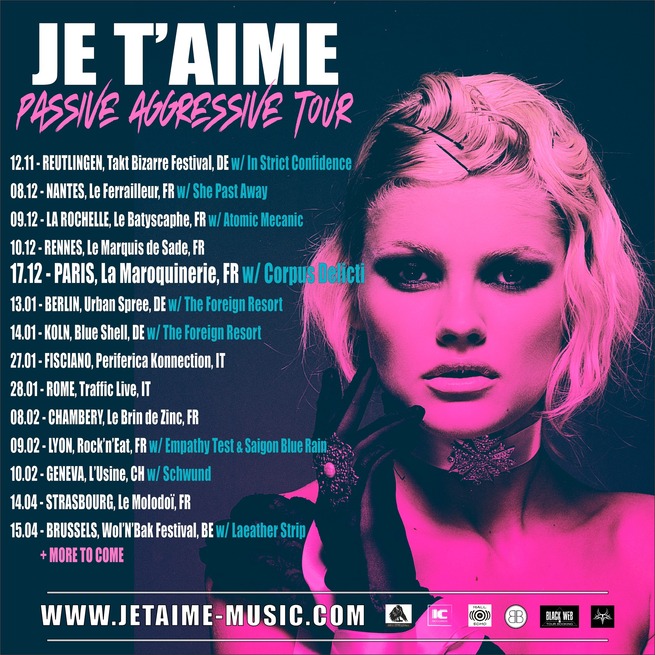