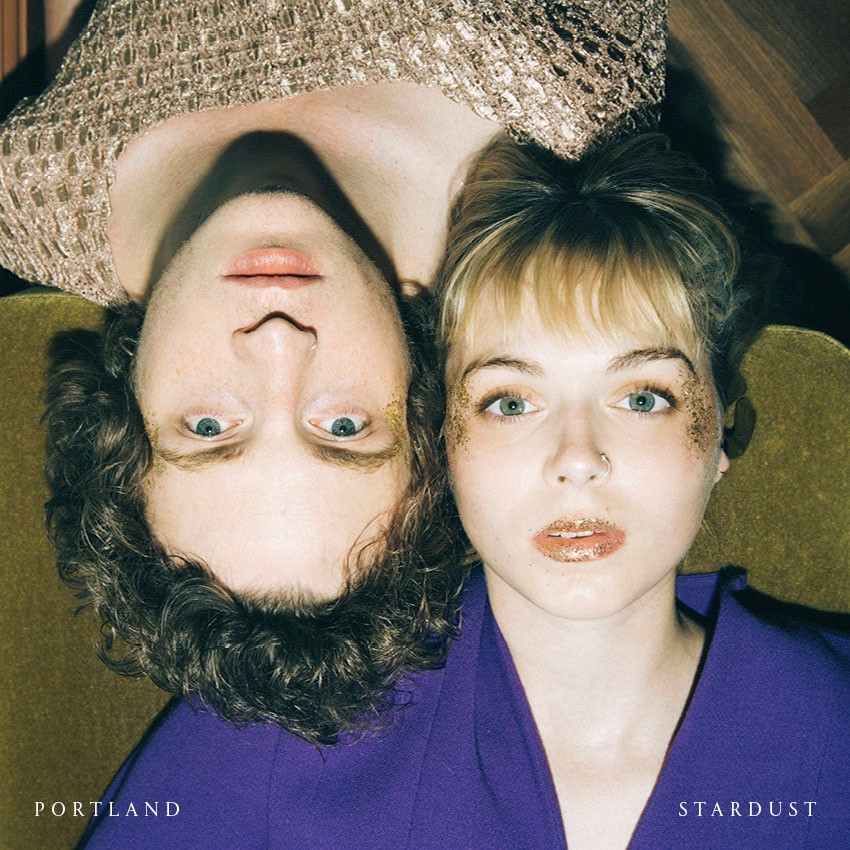 Belgian duo Portland today release Stardust, another astonishing tastemaker for their new album ‘Departures’ (out via [PIAS] Recordings on March 17th 2023). Stardust, written and composed by Sarah Pepels, is a true wonder of a song. Sarah’s magnificent voice tiptoeing gently through winds and melancholic organ sounds, slowly growing and gaining confidence while getting to the breathtaking chorus. It’s a song about lost love, lives turned upside down and putting the pieces of a broken heart back together.

“In January 2021, I was heartbroken, I had to leave a lot of memories and a part of my life, my love, behind,” Sarah explains, “I didn’t know where to go, but I knew, I had to write music to put those thoughts and heavy emotions into. I needed to be alone, so I went cat-sitting at my niece’s apartment. I locked myself up for four days with nothing but the warmth and company of the furry kittens. It turned out to be a very intense and cathartic journey. And so ‘Stardust, a song that means the world to me, was born.”

It’s also about healing, getting stronger and more confident. The song starts off shy and slowly, barely noticeable, but grows into a beautiful, epic and majestic celebration of once’s inner strength.

The new album will be released on March 17th, 2023 on limited pink vinyl, standard black vinyl, CD and on all digital platforms.

Portland is the magical & musical bond between Jente Pironet and Sarah Pepels. The two shared the same student house while studying at the PXL Music School in Hasselt and more so, they shared the same love of music with a specific soft spot for the work of Elliot Smith. Portland, a nod to the home of the late singer-songwriter, came to life. From the start it was clear the chemistry between Jente and Sarah was palpable. Their voices blend and complement each other as a perfectly mixed gin & tonic. Tangy yet soothing, addictive and intoxicating.

Portland took part in and won several local talent competitions before signing to [PIAS] in 2018. Their debut album ‘Your Colours Will Stain’ was released in 2019 to much critical and commercial acclaim. Peaking at #6 in the Belgian album charts, the melancholic and dreamy pop sound displayed on singles as ‘Killer’s Mind’, ‘Ally Ally’ and ‘You Misread Me’ lead the band onto the stages of Rock Werchter, Pukkelpop, The Great Escape and several festivals and clubs in the Benelux and France.

In January 2022 the band relocated to the U.K. to record their follow up album together with producer Oliver Bayston (Boxed In). On ‘Departures’ Jente and Sarah are blossoming as performers and songwriters. The songs are more to the point yet the melodies and arrangements more intricate. Casting aside the need to show their vocal range or tricks on every song, the pair let the songs be their own guide, finding the perfect tone and harmony to complement the melodies and rhythms. It’s moving, dreamlike, infectious and beautiful music caught in 12 songs that clearly define the sound of Portland.