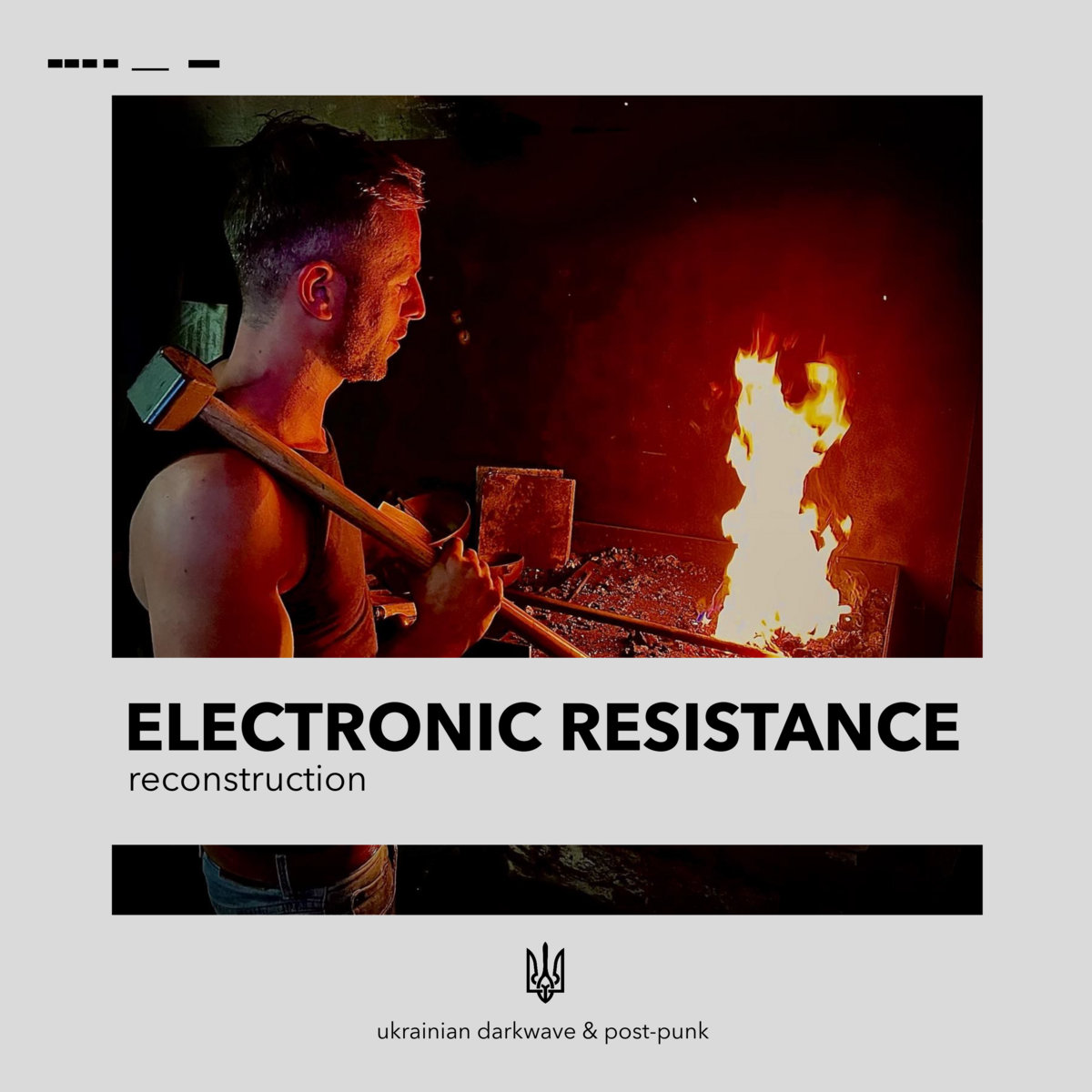 We present you: the newest compilation "Electronic Resistance - Reconstruction": All proceeds will go to Ukrainian charity!

The war is still far from being over and what the Russians started on February 24th 2022 already has had a huge impact on all of our lives, but way more on those of the Ukrainian people.

The title of this new volume clearly indicates what the concept is, it's all about reconstruction, reconstruction of people's lives, but also reconstruction of a nation which is still being brutalized by Russian aggression. The release holds again more than 50 darkwave / post​-​punk acts from the Ukrainian underground scene only including a lot of new names. We again were confronted with difficult conditions to get hold of the necessary files as some disks were in occupied territories, other files were lost and so we sometimes worked with very raw source material to reconstruct the tracks. Many track titles again refer to the current situation.

The compilation features artists from allover Ukraine and just like the first time we again had the honor to have music from musicians active on the frontline, from soldiers to medics, and from people who continue to help out where possible. Heroes.

As a bonus you also get 4 remixes of the Iwan Lovynsky & KingSMarine track "Ukraina" by Aesthetische, Cubic, Acylum and Kant Kino.

All donations this time will go to United24, a global initiative to support Ukraine.

We refuse to let Putin and his compagnons hijack what used to be a joyful EBM day, so we decided to both remember Ukraine's resistance and EBM-day in one by launching a special T-shirt line. Also the revenue from this T-shirt line will go to Ukrainian aid.

On top we have produced special handmade steel medaillons, limited to 180 copies, representing the electronic resistance logo. You can use it as an amulet, or as a keychain. It is sold in combination with the EBM-day T-shirt (including an Electronic Resistance patch).

Shipping takes places end of December so you are sure to get your merchandise before the 24th of February. We do advise to place your order as soon as possible as the post is not always so fast.

"Dedicated to the Ukrainian people."