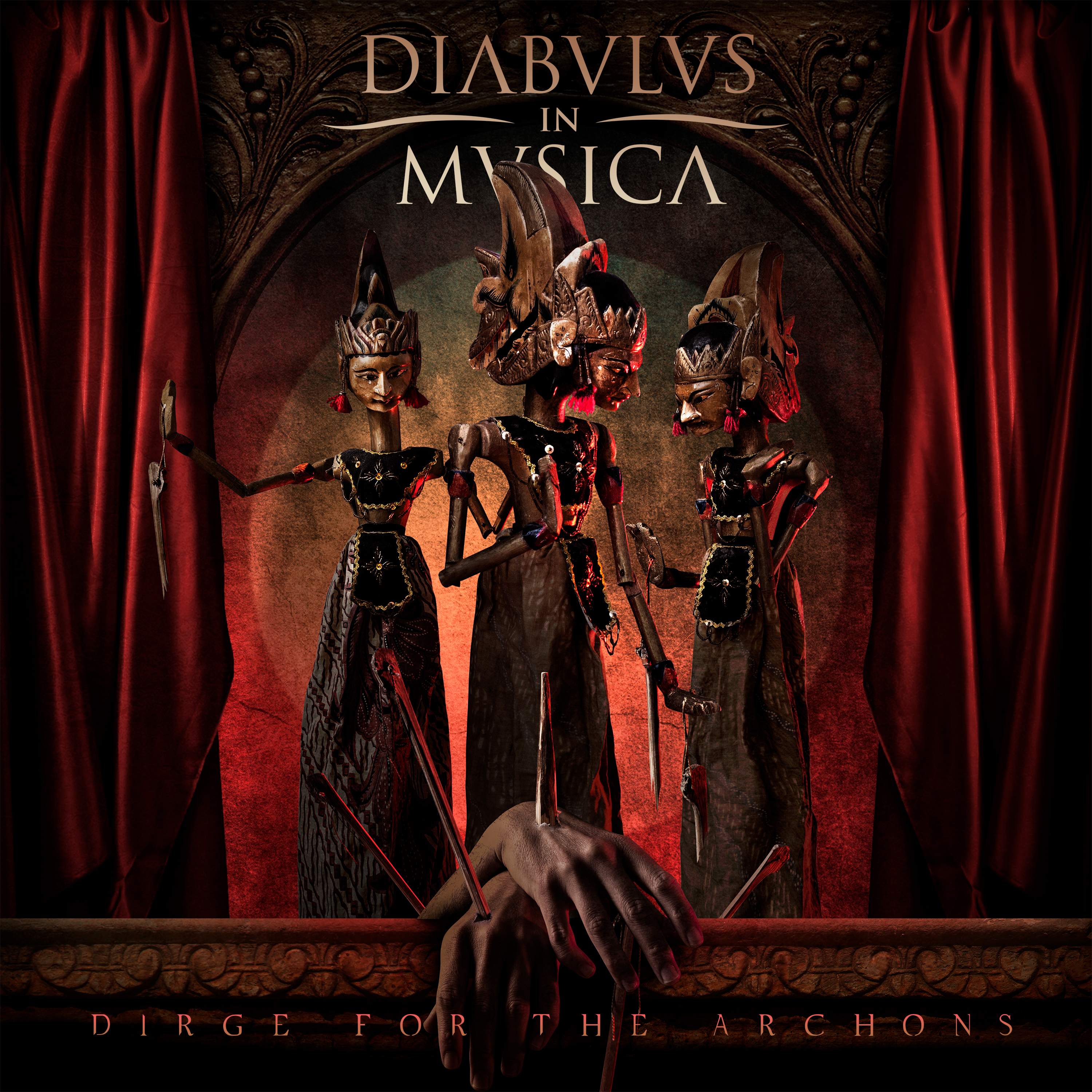 Diabulus In Musica – Dirge For The Archons (Napalm Records)

Diabulus In Musica is a great Spanish band who mixes symphonic metal, a heavenly choir/lead vocal with raw and brutal vocals in the best creative way. Since I listened to their previous album Argia I call myself a fan and now they emerge (after 2 years) with a brand new album that is bigger, better, more worked out, better balanced and simply promising to be the best symphonic metal album of the year!

What does the album title Dirge for the Archons mean? Well Archon has been named as one of Atlantis` creators. The mystical cover artwork comes courtesy of Heilemania (Lindemann, Epica, Kamelot).

The records starts with Battle of Atlantis: a symphonic/orchestral blast with a choir that is worth its weight in gold. The guitars and drums start the riot after which we hear Zuberoa with her nightingale voice. You can feel the pathos, the energy: you fall in love with it and ask for more! This is what talented people craft on a good day! Earthly Illusions explodes from the very beginning with amazing guitars and brutal screams whilst Zuberoa sings us a nice tune (opera minded). It feels like good versus evil and that fits the lyrics in a perfect way! I even sense some James Bond in it. Marble Embrace has a mystic halo with a romantic but yet cold and dark touch. The guitars and some electronics bleeps are pretty cool, just as the vocal fight between warm and cold, soft and brutal. The choir is once again magical and powerful. Invisible explodes together with the guitars and the bombastic touch. It feels like something epic. It’s hammering time, whilst the choir and Zuberoa gives it an angelic touch. It already feels and sounds like a legendary track! This is why I fall in love with a band, what a sound, what a blast! Next one already has been sent out together with a video clip: Crimson Gale. Just as with the lyrics talking about fire in the eyes, we see the fire. It goes faster and harder! Yet the sound is pretty warm and well worked out. It’s incredible how they manage to blend in the speeded guitars with the orchestra, the choir, heavy grunting and an opera touch. Ring Around Dark Fairies Carousel sounds dark and spooky. This song is a bit like a story telling. Some evil witch takes the lead. The sound is a bit different from the other songs and I even hear some echo effect on the vocals (in the beginning). Overall it’s pretty overwhelming and impressive! Speck In The Universe starts like a ballad with a nice flute, something that sounds like a harp and an angel on the lead vocals. This is a pearl and contains pure vocal magical powers and is sung in an o so delicate way. In the end you might even shed a tear. Hiding From You starts softly and becomes a nice ballad with clean male vocals (Omar Pizarro). I hear some Beauty and the Beast in it (the grand final, the romantic part), until we also get some grunts and growling (making it more the perfect for a gig, as it feels like all vocals are coming together). Voice of Your Dreams sounds pretty romantic and goes pretty hard. The flute returns, together with some little birds singing during Hawk’s Lament and some Indian influences. Sadly it’s only a short interlude as it sounds as if it could have been worked out more and become song instead of an interlude. Bane almost grows out of the interlude: a magical and powerful ballad. It’s a pearl! The acoustic start is just magical, just as the outburst when the other instruments jump in. River of Loss is a perfect end track as it explodes and all the voices come together in a magical and powerful ending. I almost feel part of the Lord of The Rings trilogy whilst listening to this one.

This album is simply brilliant, asking to let it play for hours and hours and never getting bored of it. Each time you discover new sounds, new moods, new details. It’s simply awesome, magical, topnotch crafting … There are simply not enough words to describe this Spanish wonder!

I can’t thank you enough for the great time I had whilst listening to it!