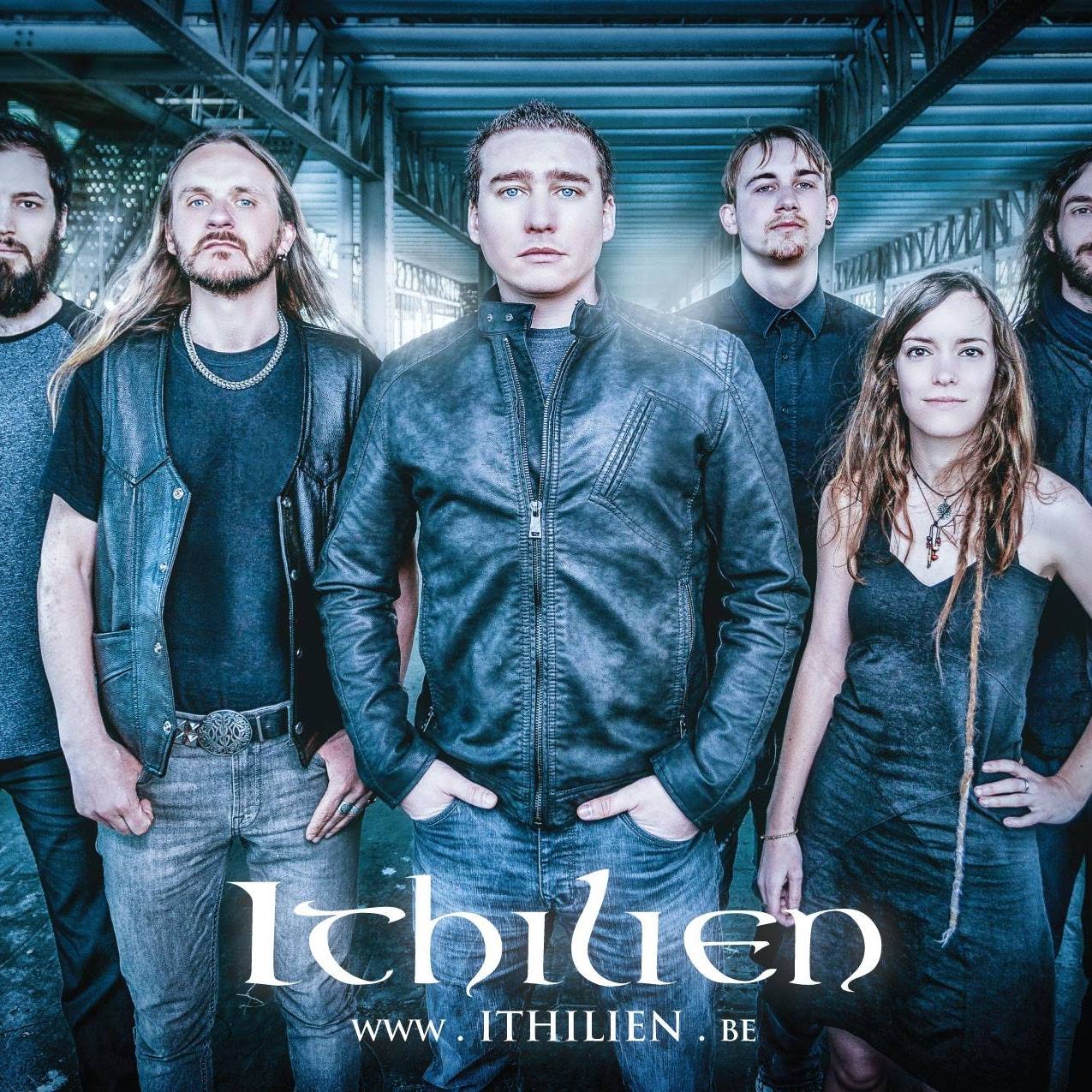 Ithilien is a Belgian metal band deﬁning itself as FolkCore to underline the combination of traditional Belgian (Folk) music, played with Flemish bagpipes, a hurdy gurdy, whistles, bouzouki and a modern metal genre (Death Metal, MetalCore) inﬂuenced by bands such as Parkway Drive, Architects, All Shall Perish, and many more. Ever since a stable and ideal line-up was formed in 2012, Ithilien has been working hard on its music, live performances and its image in general, making it a concept more than just another folk metal band. In 2017 They will finally be part of the Trolls et Légendes in Mons! Time to review their new album!

Some info about their new album as stated on their Facebook page: ‘Our goal with this album is to share our experience of grief with the listener, as  we believe that it is through loss and pain that our soul is being shaped. This process of grief then becomes a journey through a series of strong emotional stages such as denial, anger, bargaining and depression before the acceptance of reality.’

Blindfolded opens slowly with guitars, hurdy gurdy and bagpipes until some throat opens and shouts a deep scream (backed up by heavy drums). The tempo and the combination of the instruments is great: it feels like riding on a horse whilst slashing as many enemies as possible (and catch from time to time some breath). It’s a blindfolded rage and asks for head banging and crowd surfing! Hammering time! The party started, however based on grief & anger. The emotions arise and they are heavy and loud! Lies after Lies goes on where we left the previous track (includes now a flute). The title says it all about the emotional status. If you forget about the lyrics it’s hammering time, jumping up and down, heavy grunting, start surfing and enjoy the energy!

Shaping The Soul rages on and show off how painful it is, whilst the music (guitar, bagpipes and drums) is on fire! This song might have been influenced by Eluveitie! Walk Away starts with a medieval feel (acoustic sound) and keeps it pretty melancholic towards the end (even with a violin). You can feel the sadness and the grief. Even whilst playing soft the feelings are hard and real! If Only asks questions whilst raging and slashing. The bagpipes fire up the gang with a medieval touch, just as the screaming fires up the rest!

Emma sounds pretty soft with the acoustic start: flute, bagpipes and an acoustic guitar. It’s nothing more but an interlude, but a nice one. Edelweiss has not much in common with the flower from Switzerland, but more with Eluveitie: raging (strong vocals), instruments on fire and hard hitting! Hopeless goes on where we left the previous track (with even a bit of whispering in it), some slow-downs to catch some breath and  a cool vibe for a sad story. The guitar solo is heavenly, just as the backings (appear towards the end of the track)! The Dive feels like diving into all the sadness and anger: it’s a melodic explosion! The Bear Dance sounds a bit as if escaped from The Lord of The dance, meaning it’s party time! For the first time the bass has it’s moment of fame and gets shortly the lead. It’s a final blow, without words (showing off they can even do it without vocals)!

I got the live feel and hope you will be on time to see them on stage during Trolls et Légendes in Mons!

• Release of the album From Ashes to the Frozen land with the Danish Label Mighty Music -EU, UK & US Distribution with Target Group (2013).

• Contract with Booking agency Intersection for Belgium and Luxemburg.