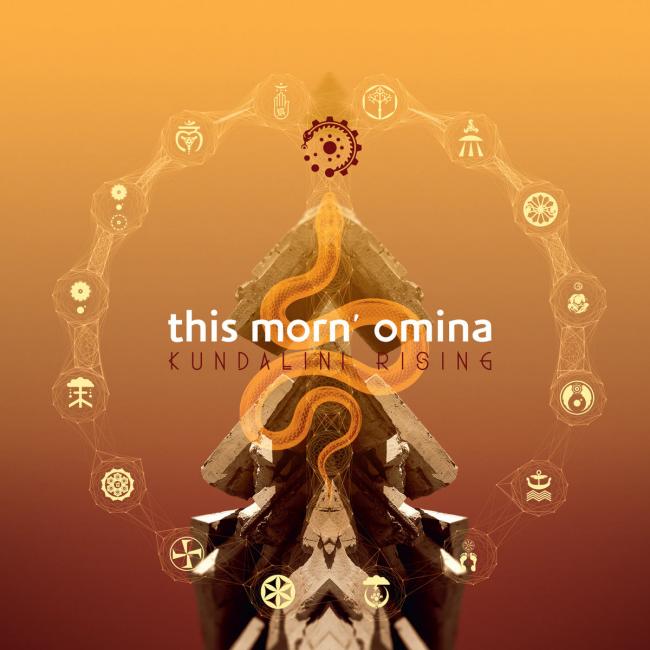 Well, I run into this band years ago and even saw them on stage a few times (Nicolas from Empusae also joined them on stage and even worked on some studio tracks). Back then I was also a DJ and used to play one of their tracks very often: One Eyed Man (a legendary track that opened a lot of doors and made them play a lot in Germany). I still cherish this track and consider it as what some call a golden oldy.

Now for those who want to know the meaning of the title and some background info, here it is: in Tantric lore, the term Kundalini - meaning serpent power in Sanskrit - describes a spiritual power inherent to each human, symbolized by a coiled snake at the base of your spine which can be awakened and incited to rise by the practice of Yoga. When this process is entirely successful, the serpent unites with the cosmic soul, thus granting man the attainment of highest bliss and enlightenment. If you buy the upgraded version of the album you will also get more info and a wider view on all the background and an extra remix album with shorter versions of the tracks (with the hope that DJ’s will use them).

It’s their ninth studio album and since 2010 Karolus Lerocq became a member of Mika Goedrijk project. There's a major innovation in the fact that for the first time TMO have recorded two tracks with sung vocals. The opener Ayahuasca, a driving track suitable for clubs and not entirely coincidentally named after a psychotropic plant consumed by indigenous peoples in the context of cleansing ceremonies, is TMO's initiation ritual, guiding the listener into the realm of Kundalini Rising. For me I can say that I still recognize the typical TMO sound in it, the vocals are a bonus and lift the track to a higher dimension. I love this experiment and would love to hear it more, so as far as I’m concerned they can do it again! It might even come close to the waves that One eyed Man caused as it has the potential needed. The only question is if enough DJ’s will pick it up. So do what you can to talk about this one and ask DJ’s to play it if you want to support TMO! Belgium had in the past 2 great Tribal Industrial Goa bands: Implant (changed a bit and left the path) and TMO. I can say that TMO reveals a great album with enough potential to keep the thrill alive and will keep on making waves with their music! The EBM and other electronic influences reign also and will make you want to dance on some tracks. More rhythmic noise from a high level comes with the bumping Tir Na nog. It’s a very club minded track with everything in it to make it (the tribal sound, the shouts, the electronic sound & cutting …). It’s a bomb track! After that we dig deeper into the ambient and atmospheric sound of TMO with Hadji Hadja. Another pearl where I lost it all, totally dragged into the music and one of the great foot stumping tracks is for sure Garuda Vimana. You almost get into ecstasy after this song, it’s just so hypnotic!

More and more the ethnic elements become important (for sure once we reach the second part of the album) and somehow I lost track of the tracks and just let myself go with the flow and enjoy the album so much that at some point I lost the link as it expired apparently and that this happened says enough about the quality and the hypnotic effect of the album! This is pure heaven for the fans of this (these) genre(‘s)!