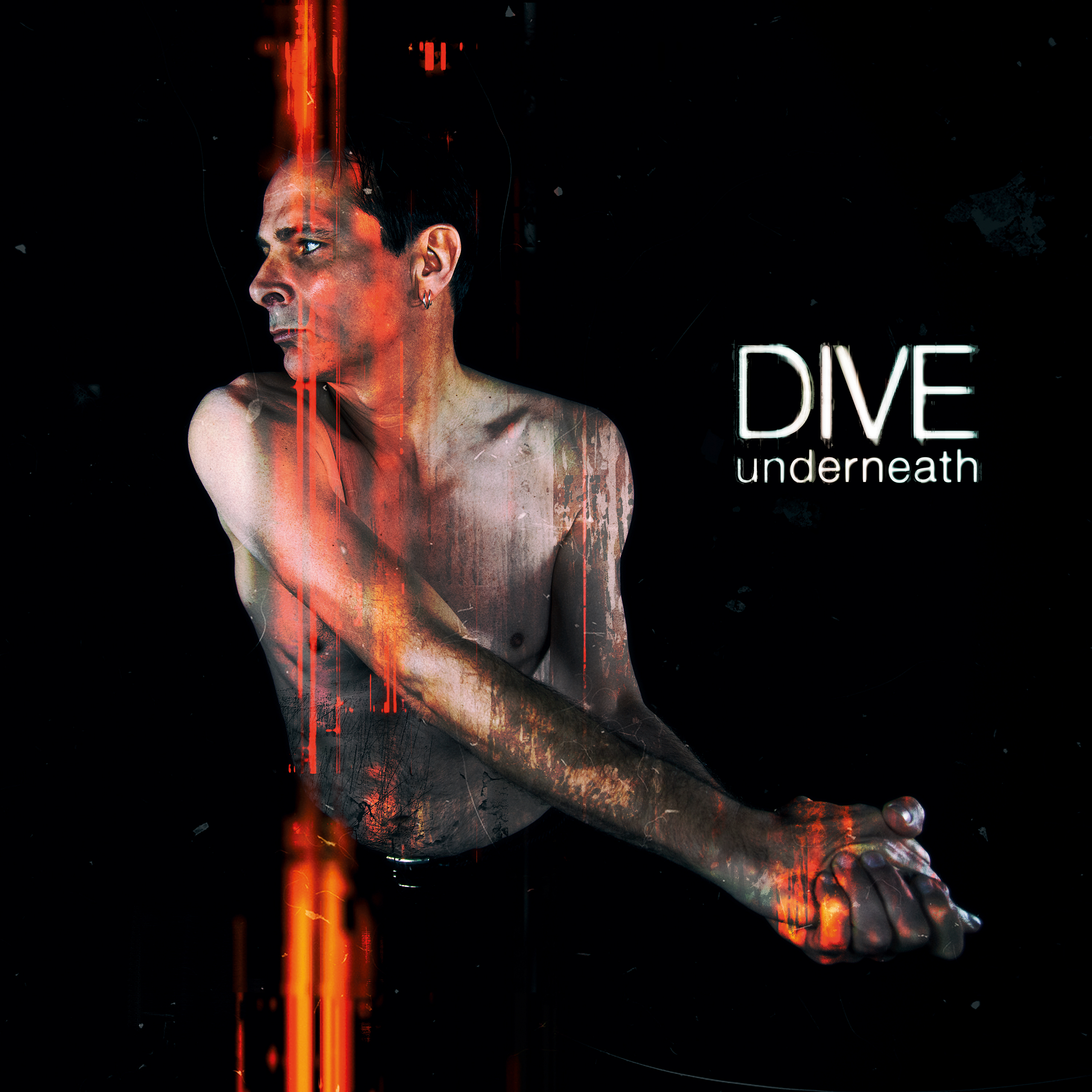 Dive – Underneath (Out of Line)

It has been more than a decade since Dirk Ivens' project Dive released a new CD. Expectations arise sky high. I can tell you that Dirk has again teamed up with Ivan Iusco (who he worked with on Concrete Jungle) and Rafael M. Espinosa (his collaborator on Behind The Sun). The result is a mix of minimalist electronica, stripped-bare rhythms, darkness, machine-like sequencers and deranged old school synth-sounds.

I must say there are 2 reasons why I review this one. First it’s Dive and as mentioned in the intro: it was ages ago since I could finally listen to some new stuff. Secondly: it’s released on Out of Line. I have high expectations as I thought it would have taken Dirk a decade to think about how to innovate and how sound harsher and get the live feel more into his studio work. Sadly enough I feel and hear he failed a bit and truly: I had sky high expectations.

Take for example the title track Underneath: on my personal account it sounds a bit like Welcome to the New Romance from Gaytron. Dirk Ivens certified that this song was written by Rafael (who is 25 year old, but age has nothing to do with influences coming in, according to me). To make it clear: I'm not stating it's a copy and paste as the facebook account of Dirk Ivens pointed me out - via a private message - at first (and if there is doubt Sabam can always clear it out for us). Just don't me he never listened to this one and that there was no way it could have influenced him. Gaytron is another living legend, for sure in our underground scene.The lyrics are fine, just as the dark groove and a feel that reminds me a bit of The Klinik (yeah: I know it’s part Dirk's past). I keep thinking where’s this Star Wars chat in the song (again my personal fantasy speaking here)? Show you dark side, kid!

Far Away sounds like a cool mix between old school retro and minimalistic stuff mixed with modern bleeps and break beats. I feel like it will sound better on stage, pretty raw and straight forward. I miss the live feel, the tension and the strobe lights.

Sacred Skin has the right feel, but sounds as if Dirk already created this great track in the past. If you don’t think about that you can let the beast go and start moving on it the way Dirk always does when he’s on stage. The beats are perfect, just as the noise and the bleeps. I like the lyrics, they give it something catchy. Let Me In starts very slowly, until the bleeps and the vocals jump in. I hear some female backing vocals (If I understand Dirk good there are no female backings, well I had that also during a review I did of the next mentionned artist, it just happens like this if you use certain methods to work on the vocals anot release them in a natural way) and a Diskonnekted sound and very modern sound. I think that the man behind aka Jan Dewulf can back me up on that. From Behind is a dark filler: you hear some noise, some metal cutting, a synth that sounds like created in the 80’s and as I hear it doesn’t get a bang or doesn’t go anywhere. Something sounds dangerous if you listen to the lyrics, the tempo is a bit too low to make it credible. Looks like a beast, walks like a man. No, I didn’t hear that, right? But it reminds me a bit of that and I’m still waiting for what’s going to happen, for what’s going to break. It’s a slow grower, it needs a lot of airplay before you start to like it.

Howling Ground sounds much better, the lyrics are sad and typical for Dive. It will be for sure a hit on stage. I’m just not happy with the sentence: hope crushed (whilst I hear Oh, Crush), how much can you take. The word crush doesn’t fit here, why not simply use the F**k word in the Oh: Fu*k, how much can you take? Makes it sound stronger in the way I think about it. A Man Came is a very slow one that again reminds me of his biggest hit with The Klinik. I also hear some Siglo XX in it. Melt is not a Front 242 cover. It has some break beats and a heavy bass in it, a drum together with some bleeps and a slow tempo. Last track is a good last one with the right tempo and the right feel. It builds up the tension and the eclectic sound mixed with the vocals makes it a possible hit.

Well, it’s not a blast and I suppose I expected way too much from it and wasy way too much thinking about the great live feel. I let you think about it and who knows Dirk might catch up my expectations in the next decade … I already know that Dirk is not happy with this review, oh crush, how much can a man take? Well: I review my way, very personal and looking for different point of views, not always following the fans and that's who I am, so excuse me for being me.