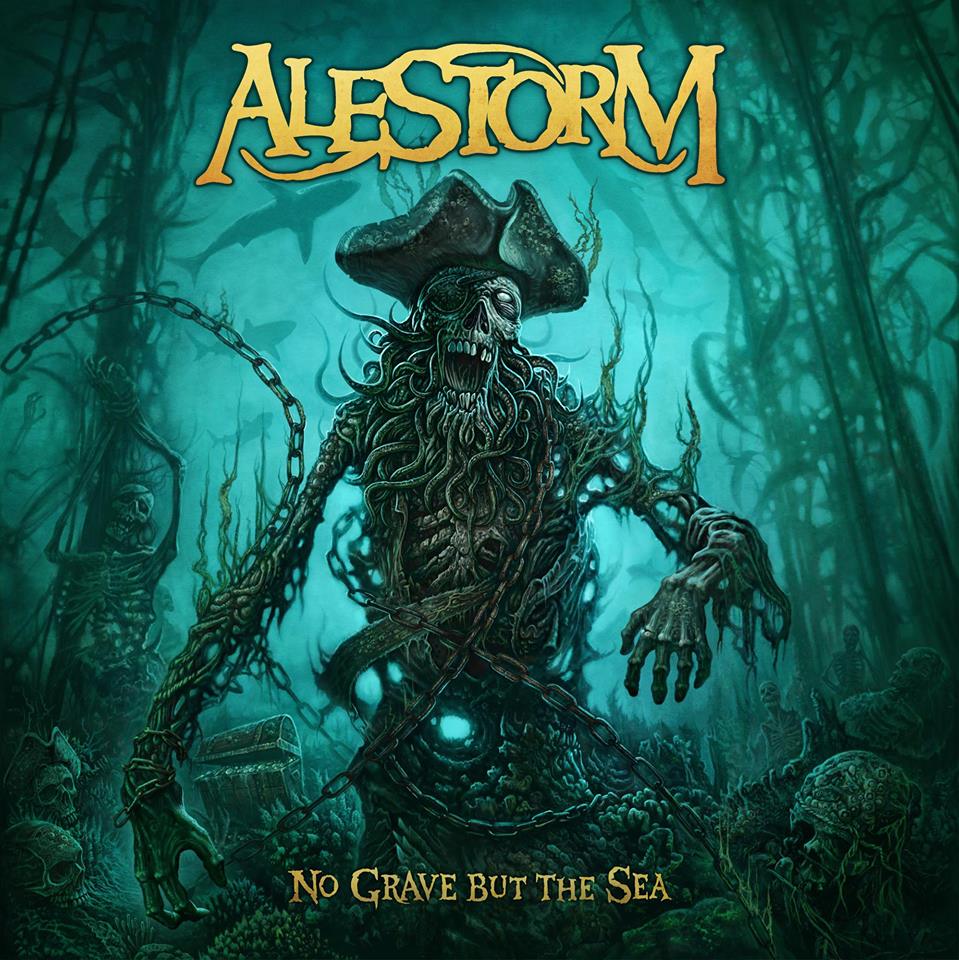 Alestorm – No Grave But The Sea (Napalm Records)

I always loved this Scottish band as it was always fun and with No Grave But The Sea (their 5th album) we get a brand new best off filled with great pirate folk metal tracks! Oh, ho: not really a best off, but that’s how I feel it!

A catchy choir, cool trumpets, great metal, a violin that fires it up and vocals who really blend in with the sound! I can’t think of a better opening track as this one! Next one starts with a 8-bit sound as like in an old Sega game. Mexico is another drinking song with a catchy sound and great sing-a-long moments! Party on, party hard! They really know how to start a party! To The End Of The World sounds like the start of an epic quest, with sound wise some metal influences and the perfect drive! It’s yet another magical track that will create lots of waves during their gigs! Máté Bodor, their new guitar player has clearly his influence and shows off his talent! Alestorm sounds like their new anthem: raging like a real heavy metal track, folky influences and calling up all the thing they love! The violin gives it a party feel, just as the chorus! Another great blast is Bar und Imbiss (listen to the extra instruments like a trumpet).

A straight forward and very simple track is Fucked With An Anchor: a party track that reminds me a bit of Korpiklaani (must be the accordion). This one will be a hit on stage, but radio’s won’t play it (because of the explicit lyrics). Pegleg Potion is nicely lead by trumpets, accordion and raging guitars until the vocals take over (I adore the mighty backings), once again a best off track! Man The Pumps is very catchy and shows off the powers of their new guitar player. Rage Of The Pentahook is one of my favorite tracks: fast, catchy and with lots of variation in the sound. Treasure Island starts like a heavy metal bomb, gets some folky tunes, some catchy tunes and a real pirate story. I only noticed in the end that it took more than 8 minutes to end and that says everything about this end track!

Sadly enough I have never seen them on stage, so I hope somebody books them before the end of this year (in case I miss them at Graspop), I’m pretty confident it will be one of the best gigs of the year (just as this album)! Party hard, my pirates!