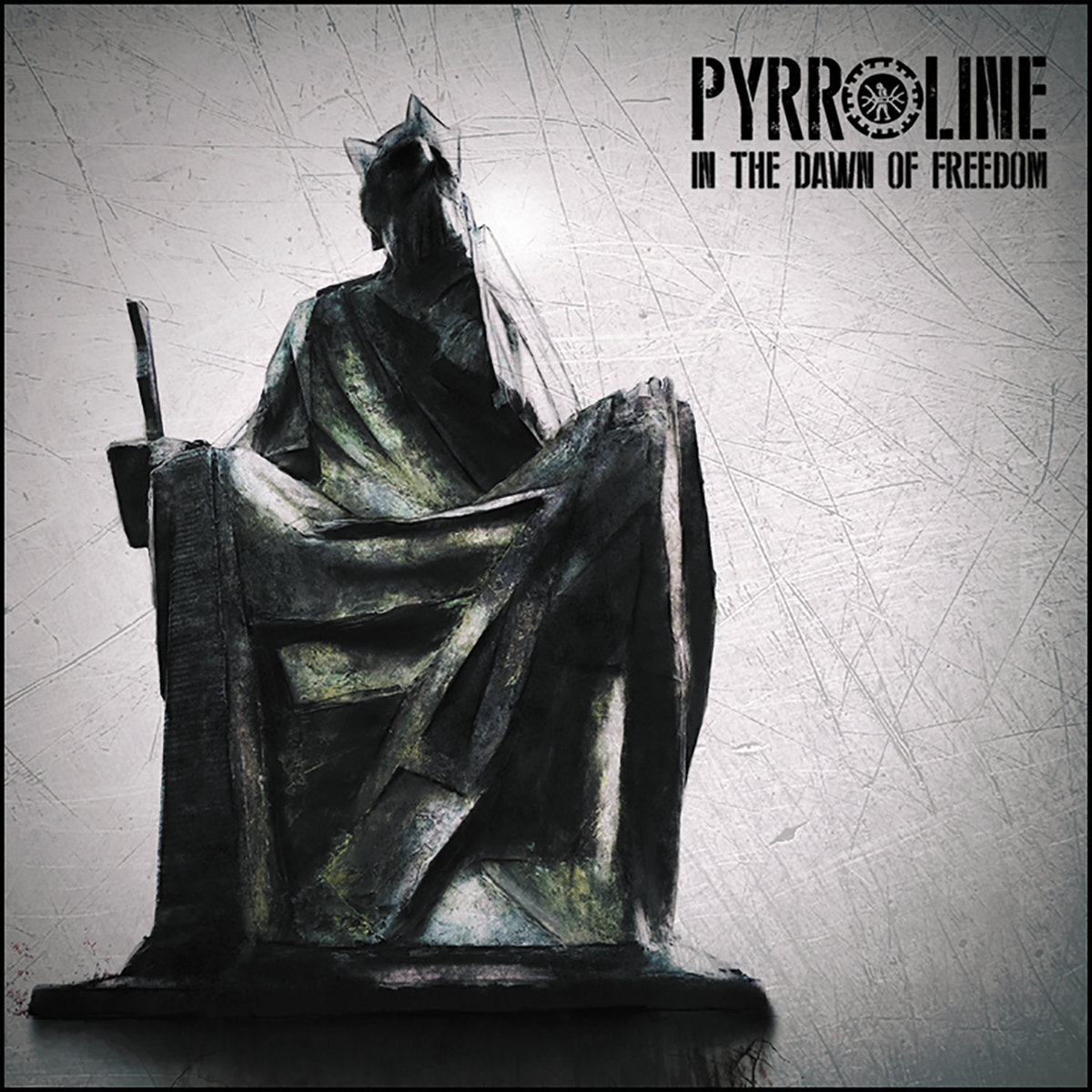 Pyrroline – In The Dawn Of Freedom (Electro Aggression)

Honestly: I have never heard of them, but got them together with the new Akalotz album (a pearl), so yes: I have to review this one. Arnte & Schmoun are the people behind this band and release their 4th album so far. They deliver old school electro industrial.

First you need this info about the lyrics and the story behind the album:” "In the Dawn of Freedom" is centered around the Croatian War of Independence, also known as “Homeland War“ (Domovinski rat), that lasted from1991 to 1995. The people, who had lived together in relative harmony for decades, started killing each other over a period of 5 years. The Serbs, who had built former Yugoslavia after World War II, did not want to let the Croatians out of the republic to reconstruct the nation-state that had existed centuries before. Many were killed or lost their family, friends and property. But this album from PYRROLINE does not focus on hate or revenge; it's more about the brave men who defended the country and who were willing to give their lives for Croatia. It's about love, possible even in the depth of hell, and it's about the hope that enabled the Croatians to fight until achieving their own independence. The Croatian people never gave up until their victory in 1995. Most of the people who live outside the affected regions have forgotten the war and its aftermath after less than just 30 years.”

They start slowly with One People. I hear a distorted voice and music that seems to float, releasing a cold and distant feeling. From time to time the sound gets richer and even gets a modern touch, but still I got the feeling that this is not the best track to start with. Maria is the next one and almost immediately I think about another band (actually one from Belgium): the drums reminds me of Front 242 (especially headhunter). Funny thing is that Maria is also the name of an old school Belgium EBM-minded band. It all sounds as if I heard it all before and that is the shitty part about EBM: innovating has become really hard. One must be really great if you want to deliver something that might turn on EBM lovers. Felloow Passenger, yes it’s not my typo: this is the title as given to me. The vocals sound a bit like as if sung by a monster, the tempo is very slow; crawling like a wounded snake: cold and dangerous. Nothing To Lose sounds like a soft version of Funker Vogt with lesser muscles and lesser power/aggression. It sounds like a river that flows very slowly towards a poisoned sea, just like the next song: Your Aphaty (driven by a synth piano) has nice lyrics but the music could use a higher speed and an aggressive angle (but hey that is my personal opinion). Divine Revelation: I must be honest and conclude that I was misled by the title and expected more from it! The song is way too slow to make it good for me, too much laid back beats and not enough tempo! Dismantled Society has a boring and floating sound, I really start to wander why I would even bother myself by listening to this album and write a review about it. Maybe somebody needs to warn you for that? If you say EBM then I expect to dance, move, feel and hear anger, revolution instead of falling asleep behind my desk and thinking about what I could do whilst the music is still playing. A Story For You: don’t fall asleep during this wordless filler. It might have been good for a soundtrack, but not here. I miss Shimmer and Shine! I want action! I start to lose focus as the synth plays on and on, slowly … With You (Feat. Emdezet) sounds like the best track on the whole album: the clean vocals give it a touch of perfection with a strong dose of melancholy whilst the synth pop sound captivate you! Vukovar return to the boring sound of naked synths with no vocals at all, so yes: there we go! I take a nap until it’s over and hoping that at least some synth pop fans might enjoy this floating sound and slow tempo, some bleeps … Succeed finally succeeds to captivate some of my attention, but again: the tempo is too slow and I really feel like this one will win the award for worst album reviewed from 2017! Who would buy this kind of album? End Of The Path, has nice lyrics and if speeded up a bit more could even hit the dancefloor, well at least there is a potential for it. Nikad Zaboraviti is yeat another floating synth driven track where I totally lose my focus and start to play some internet game, so that I can at least sit it out without having to skip it (in case that it suddenly turns out to be a great song, but yeah: dream on). Lights Out slowly kills the light and kills the album! Aaargh: finally!

Well, the fun ain’t over until the remixes are done too. Frankly: I would expect that the remixes would lift the songs, but not much changes, except even more of a floating sound with Divine Revelation (Rebloom remix by One Eye Wanders) and a clearer 80’s retro sound. One People (remix by kFACTOR) doesn’t make it any better, making this the worst album I have reviewed in 2017, so far!

It was a total waste of my time, but hey, maybe there are some fans who applaud it. Who knows? Well, there is a songtitle who answers this in a perfect way: God only knows.