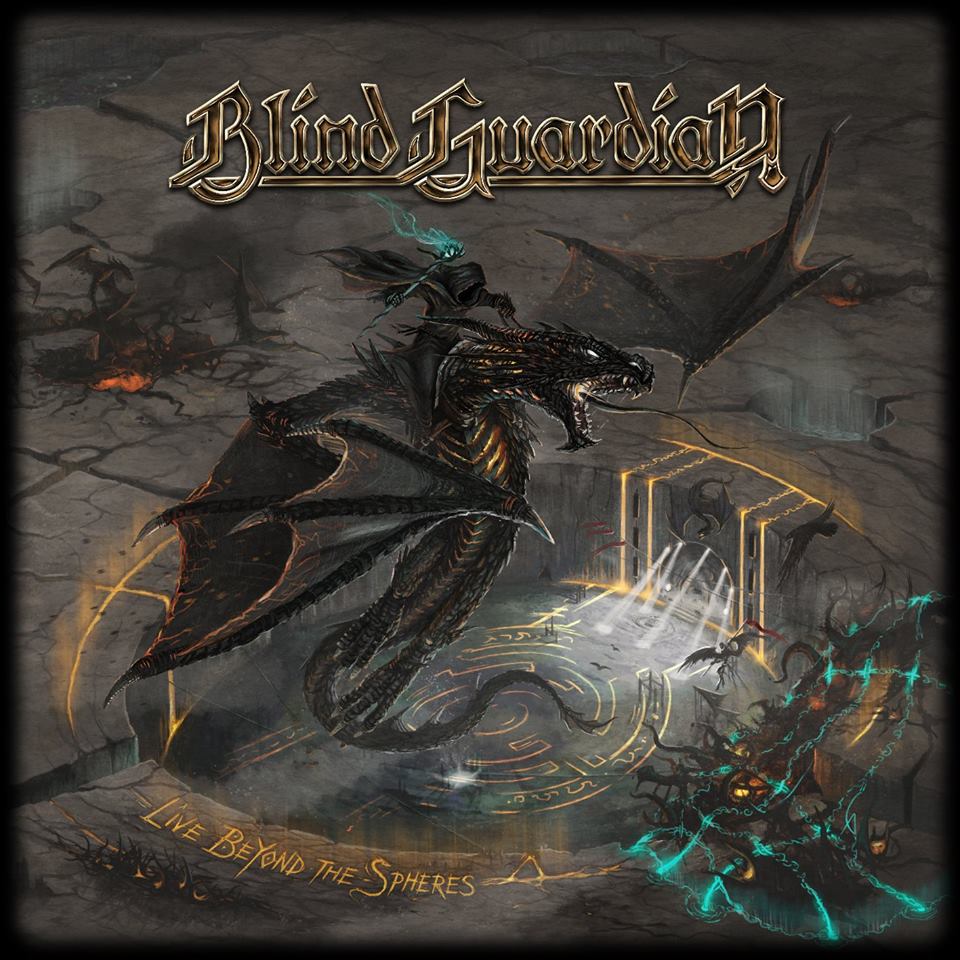 Blind Guardian is one of those bands figuring on my wish list of must see on stage. I discovered them ages ago whilst playing the PS2 game Sacred 2 and was merged into a wide free world whilst listening to their music and was even able to see them on stage in the midst of the game: facing all kind of monsters who were clearly enjoying their gig! Their progressive power metal got stuck on me and I kept following them since then.

They have now 10 albums on their score and apparently it was time for a live album, almost presented as a best off. The songs are taken from 10 different gigs whilst performing all over Europe in 2015 and still sounds as taken in one shot. The crowd is just amazing and you really get the live feel whilst walking through their past and present. Let’s relive all those magical moments!

They start with the epic The Ninth Wave (from Beyond The Red Mirror, their last album studio): literally opening the gate to their past. They slowly build up the tension, guided by an impressive choir and strong symphonic sound. The heroic tale begins whilst Hansi opens his throat and start to sing with his melancholic and powerful vocal chords. The guitars and drums makes the story telling stronger and renders the feel of getting sucked into the 5th dimension. I start to wish it was a live DVD instead of an MP3 so that I could have the visuals too. Well, I just have to close my eyes to get it. The fans must have been in heaven whilst attending all these shows! They literally throw a bomb with Banish From Sanctuary. I hear fans singing along, participating with all they have and enjoying it at full speed! Drums explode, guitars are on fire: just as the audience! It’s clearly the perfect live feel! Nightfall is clearly a loved track, according to the massive reactions of the crowd, making me really wishing I could see them soon on stage! Prophecies and the magical Tanelorn (from the great Edge of Time album) speed it all up. Another highlight for lots of people is The Last Candle: just listen to the part where the fans sing on their own! It really sounds massive! Relive the concert, giving you goosebumps whilst singing along. Another epic and loved track is And The There Was Silence: creating yet another unforgettable moment with the massive chants coming from the fans. The folky touch I a nice extra reel. The Lord of The Rings introduces another classic anthem, this time unveiling their fragile side. Once again the fans fill in easily and sing along as if the lyrics where shown to the audience. Fly has a colder feel, but is still a high flyer with lots of variation and captivating the audience. Hear the clapping of hands and the fans backing them up in a vocal way. Towards the end it sounds louder, heavier, with a melancholic undertone and guitars on fire. Bright Eyes has nothing to do with the ballad about rabbits running, it’s rather about dangerous monsters: dark and scary. They bring it with fire and passion, backed up by the audience. Lost In The Twilight Hall & Imaginations From The Other Side continue on the impressive vocal wave, great guitar play and raffling drums. Speeding it up with Into The Storm & Twilight Of The Gods! They return to their softer side with A Past And Future Secret whilst And The Story Ends introduces another singalong moment. My personal favorite track will always be Sacred Worlds! The vocals, the symphonic sound, the pathos, the lyrics: they all match and make it one of the best songs ever! Yet another classic and beloved one is The Bard’s Song. The medieval and acoustic feel goes well together with the massive backings from the fans, it’s once again a magical moment. A powerful vocal moment comes with Valhalla. It almost sounds like only the audience is singing and the band guides them. I really adore this one! Wheel of Time brings us again into a higher drive, followed by the highly acclaimed Majesty. The final one comes with Mirror Mirror. It’s the final blow, with the vocal chords of more than 1.000 fans singing along, ending this great and epical trip with one last blow. It feels as if I was there and that is just mindblowing! And oh yes: it was clear that the fans wanted more, but the show was over.

Thank you for the great time, hoping to see you soon on stage, for real!