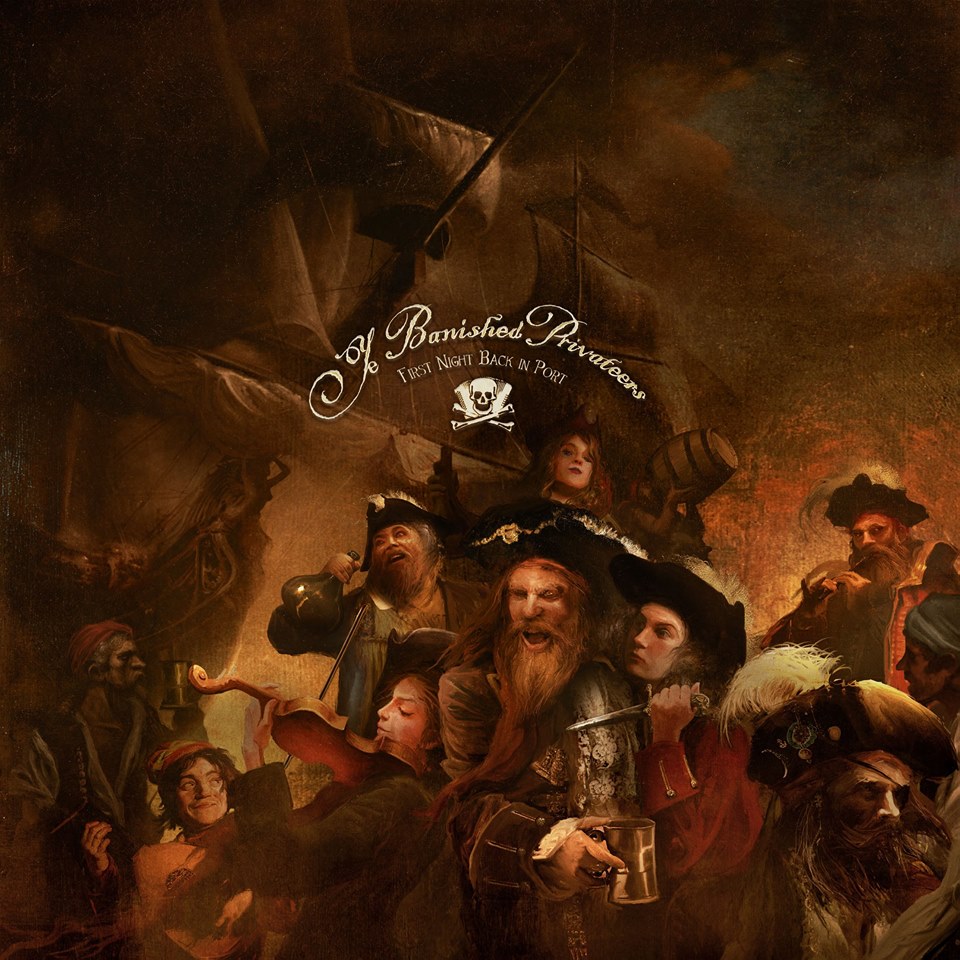 Ye Banished Privateers describes themselves as a band, a crew an’ a soup kitchen playing sea shanties, bastardized Irish folk an' 17th century punk. And oh, yes: they are from Sweden. I have never heard of them before, but like Alestorm, so this one could be my cup of tea too, let’s roll!

Well, If I look at who participated I lose myself in the names, Fun time! They start with Annabel a sad story about a women who got pregnant, went to jail and ran to Georgia. It sounds pretty folky, with a banjo, a violin and some other acoustic music. The choir gives it a nice touch. I don’t know this band well enough, but I guess it was sang by Magda Malvina Märlprim. Next one sounds like a drunken song: A Night At The Schwarzer Kater having a massive hangover. The accordion and the flute gives it a nice touch. This song could figure during the new Pirates of The Carribbean movie.

First Night Back in Port sounds like a nice folk pirate party track and gets us under the form of a duet. So, come on and drink & dance. Off course pirates needs to get so drunk that they start to fight too. All The Way To Galway has a nice chorus, whilst the pirates continue to have fun. It sounds a bit like a slow dance: jumping up and down every now and then. Cooper’s Rum starts almost acapella, quickly followed by the rest of the drunken crew. Somehow it suddenly reminds of the Muppets movie with the pirates. Skippy Aye Yo is a great sing-a long moment, as I can easily join them from the first time I hear the chants (mostly brought with vocals).

I Dream Of You reminds me slightly of Alestorm, but in a softer version. A Declaration Of Independence is yet another happy song, with some shouts and some singing-a long. Sound wise it gently weeps, backed by a lot of vocals and a flute and violin. For A Fragile Moment’s Ease could easily fit a cowboy’s movie as the tempo seems to rise like a galloping horse. We Are Ye Banished Privateers sounds indeed like their anthem, with all their singers nicely featuring. The festive part glamours! Bosuns Verses is another song that will make you sing-a long with their hey ho’s. You might even dance on it and have a small party.

EastIndiamen, well no clue what this title means, but it sounds like fun. Devil’s Bellows lasts more than 9 minutes but you wouldn’t notice it if I wouldn’t have dropped it. It’s a great pirate way of storytelling whilst having a drunken party! Ringaroo at Cooprs’ Inn somehow reminds me a bit of another great band called Rastaban, with the difference that you hear here more people and a banjo. Their last track is an epic one called Mermaid Kiss: a last blast, but a bewitched one. Hear the wind and the sea close down this cool CD, but then we hear fragility within male vocals, a soft acoustic guitar and an harmonica.

We had fun, so let’s spread the word!