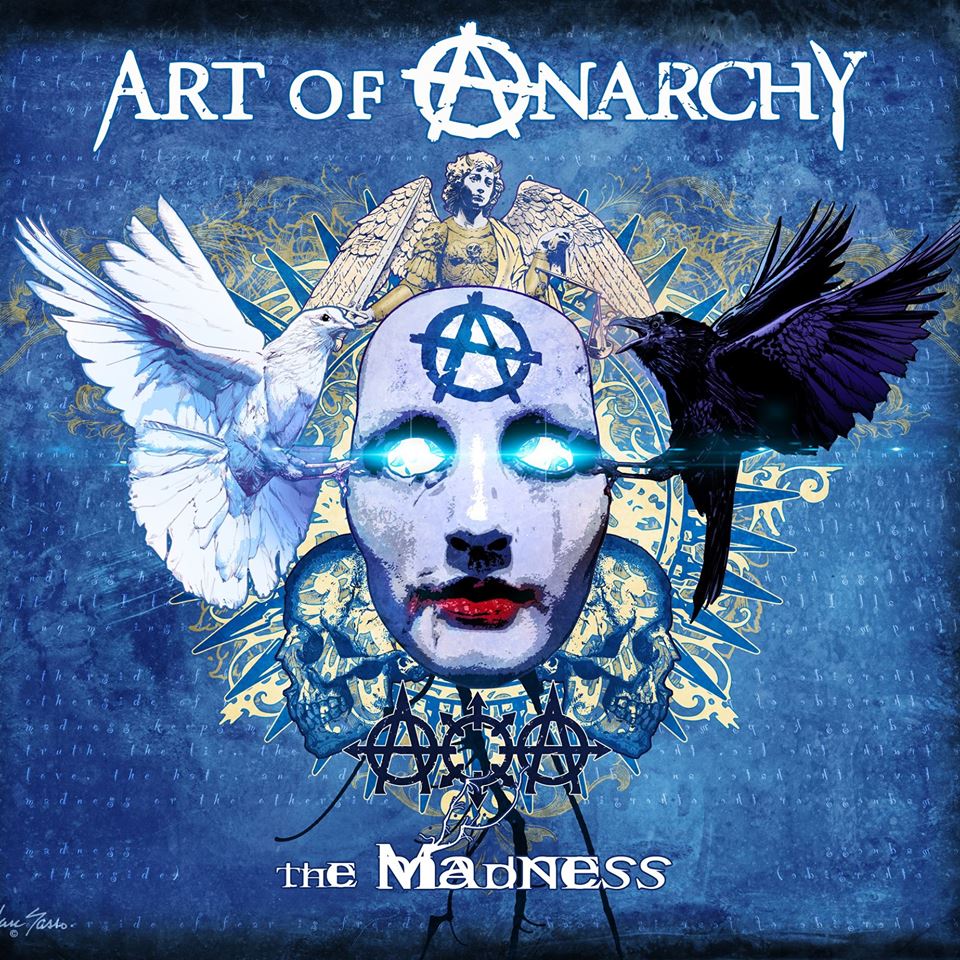 This one has a funny story: I asked my boss for the new Arch Enemy and got instead Art of Anarchy. I listened to it and got pretty fast hooked to their sound, unveiling a new band! Sometimes mistakes are good, right?

As I didn’t knew anything about this band I’ll give you some info from their bio:

"Lead guitarist Ron “Bumblefoot” Thal hails formerly from Guns N’ Roses, while bassist John Moyer first rose to fame as a member of Disturbed. Twin brothers Jon Votta (guitar) and Vince Votta (drums), meanwhile, first gained renown as fixtures on the New York music scene. The most recent addition to the group is Grammy Award winner Scott Stapp, the founder and lead singer of Creed. Stapp will be replacing the late Scott Weiland (of Stone Temple Pilots) as AOA’s lead singer. AOA evolved organically out of an 18-year friendship between Bumblefoot and the Votta brothers. Jon Votta came to Bumblefoot with the idea of putting together a new band with a diverse group of talent and a uniquely melodic and aggressive sound.”

It starts with Echo of A Scream a cool rocker with nice vocals. They sound a bit like Nickelback, but with more fuel in their engines. The chorus is pretty catchy whilst the tempo is just perfect. The mix between whispering and screaming makes it interesting and hot. 1000 degrees starts with a sound that comes close to clapping hands and will be very useful during gigs. The original sound of Seeder mixed with some Metallica is not that far away; but again in such a way that this sounds better. It’s a steamy rocker with a catchy chorus and guitars on fire. The drums and the bass also play an important role in the sound here.

No Surrender is softer and comes close to the sound of Eddie Vedder (the trembling voice), whilst the lead guitar plays an important role in the melancholic part. The Madness is a cool rager where you feel the real pain. The cool down moments give it something bluesy and melancholic. It’s clear that they bring this song as lived through and passionate one, as if it’s all autobiographic (this might be close to the truth). I would call it a therapy momentum. Won’t Let You Down sounds a bit mellow and slow, but that’s ok for me. I hear some Pearl Jam influences in it. Changed Man goes a bit further down the Eddie Vedder road and sounds a bit like a false ballad. All in all it’s pretty bluesy and melancholic (the kind I really adore).

A Light In Me goes a bit further, but with a more positive message. Somber sounds melancholic and dark. It’s the right title for this track. I would call it a heartbreaking blues rocker. It’s hard to stand still during this one, despite the depressing lyrics (thanks to the guitar and the drums). Dancing with the Devil is one of the many highlights on this album: it’s a hot stoner rock track that reminds me a bit of the better tracks from Stone Temple Pilots (read over the bio and you know I’m pretty close to it), but brought anno 2017. The Chorus is pretty catchy. Last track of this way too short album (too short because of simply too good to end after only 36 minutes) is Afterburn. It starts in a very chaotic way, until the guitars wake up and changes it into a stadium rock track with lots of fire!

Well, that was a great and very positive surprise! I hope you enjoy it as much as I did! I hope they pass by soon!