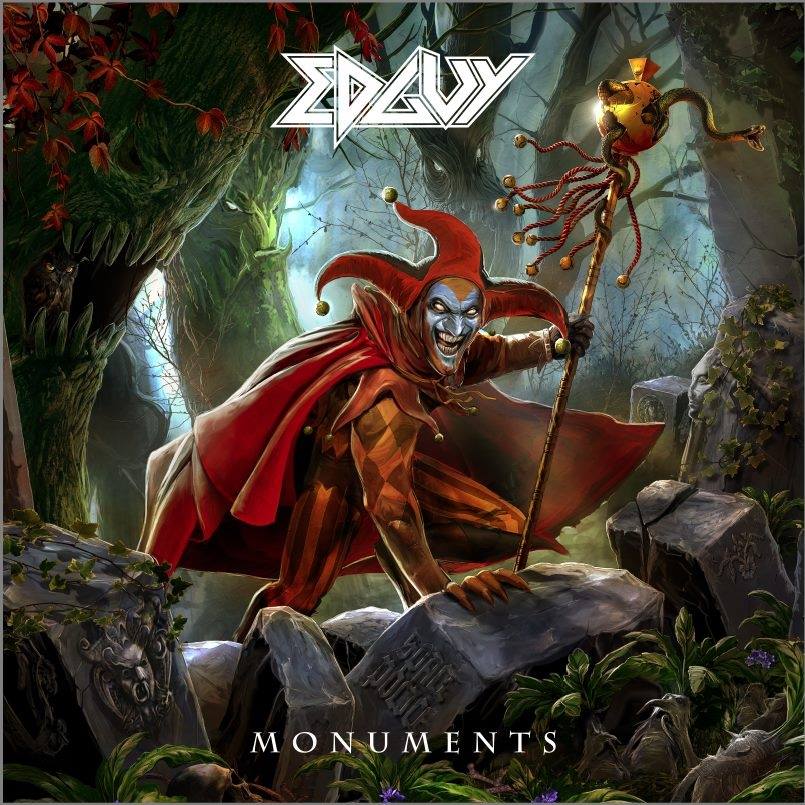 Edguy is a German power metal band. For their 25th anniversary they just launched a special best of: 28 tracks! From these tracks 5 are new songs and one is an exclusive track that hasn’t been released until today. There is also a live DVD for the fans (didn’t get that one).

Now that I unlocked this one I also went looking for other albums and I can say that the sleeves are all really smoothly done, they have clearly created their own world with this joker guy!

For me it’s the first time I review them and really adore their sound. I could place them between Manowar (in a softer version) and Iron Maiden (also bit softer). There are some Deep Purple influences, for sure (but hey: they are a legend). Their music is the kind of you can listen to the whole day without getting bored and from time to time discover something you didn’t hear in it before. If it’s your first time you listen to them, well: this is the right album to start with as it has it all: powerful tracks, epic ones, softer ones … The riffs and drums are simply made in heaven, just as the backings and the vocal chords of the singer (TobiasSammet) are simply divine! If you listen to his voice it simply sounds as if he is having a walk in the park whilst going high and low with his voice, changes from singing to screaming in a high tone, going back to a lower key … it all sounds so easy for him. I can only bow for his talents!

Die-hard fans will sing-a-long classics like Out of Control, Babylon, Tears of A Mandrake, Defenders Of the Crown, Superheroes, Vain Glory Opera and Judas at the Opera. The medieval parts are also nice (listen to Rock of Cashel). It’s all very melodic and catchy with cool stories that kids will / do love!

Funny thing is that basically the first5 songs are all new and I can tell that they all rock in a good way. Open Sesame is one of them: it’s a fueled and very catchy one. Wrestle The Devil has a cool extra voice (the Devil). Ravenblack could be part of a new Game of Thrones album. Landmarks and The Mountaineer are hot and fast played tracks with a catchy tune.

The rare track is called Reborn In the Wastes (Savage Poetry Outtake). Somehow this one sounds as if it was an unfinished track (the vocals could have been recorded a bit better: they sound a bit too far away or let’s say it’s not blending in with the music). It’s true that this song has some potential (listen to the guitars and the drums). I think this was somehow part of the demo’s, but never got upgraded.  Well, one thing is sure: damn I missed this band for years! Where was I the past 25 years? It’s a treasure chest, so bring it on and push repeat all and let’s rock ‘n roll! Open Sesame!